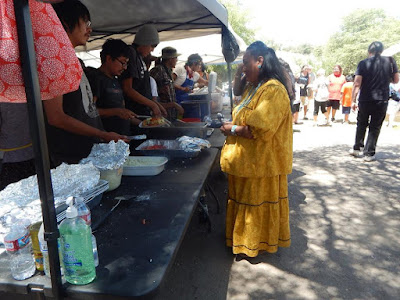 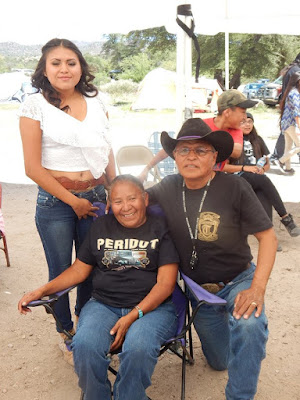 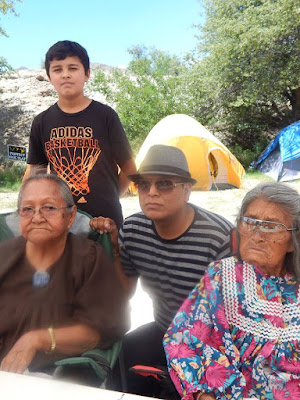 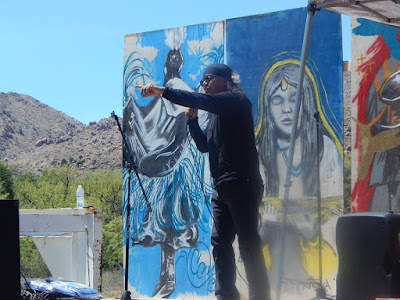 TIME TO TAKE THIS BEFORE THE INTER-AMERICAN COURT ON HUMAN RIGHTS!! SAVE CHI'CHIL'BILDA'GOTEEL (OAK FLAT)!! IT'S ALL ABOUT THE FUTURE OF OUR CHILDREN, GRANDCHILDREN AND THE UNBORN. HOW MUCH MONEY WILL YOU TAKE TO TURN AGAINST YOUR OWN TRIBE ALL FOR THE LUST OF GREED AND IGNORANCE? THE JOBS FROM RESOLUTION COPPER MINE WILL BE MACHINE OPERATED BY ROBOTS OUT OF COLORADO! THEY ARE A FOREIGN COMPANY! WHAT DO THEY CARE ABOUT THE INDIGENOUS PEOPLES?THEY WILL USE YOU AND ABUSE YOU THROUGH THEIR POISONOUS TAILINGS!

... The campground lies at the core of an ancient Apache holy place, where coming-of-age ceremonies, especially for girls, have been performed for many generations, along with traditional acorn gathering. It belongs to the public, under the multiple-use mandate of the Forest Service, and has had special protections since 1955, when President Dwight D. Eisenhower decreed the area closed to mining — which, like cattle grazing, is otherwise common in national forests — because of its cultural and natural value. President Richard M. Nixon’s Interior Department in 1971 renewed this ban.
Despite these protections, in December 2014, Congress promised to hand the title for Oak Flat over to a private, Australian-British mining concern. A fine-print rider trading away the Indian holy land was added at the last minute to the must-pass military spending bill, the National Defense Authorization Act. By doing this, Congress has handed over a sacred Native American site to a foreign-owned company for what may be the first time in our nation’s history.
The Apache are occupying Oak Flat to protest this action — to them, a sacrilegious and craven sell-off of a place “where Apaches go to pray,” in the words of the San Carlos Apache tribal chairman, Terry Rambler. The site will doubtless be destroyed for any purpose other than mining; Resolution Copper Mining will hollow out a vast chamber that, when it caves in, will leave a two-mile-wide, 1,000-foot-deep pit. The company itself has likened the result of its planned mining at Oak Flat to that of a nearby meteor crater.
Read full article at New York  Times:
http://www.nytimes.com/2015/05/29/opinion/selling-off-apache-holy-land.html?_r=0
at June 02, 2015