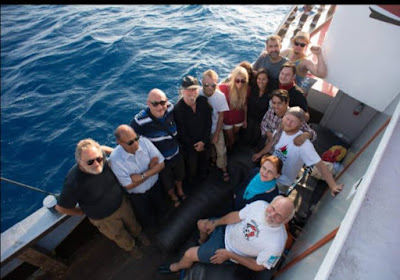 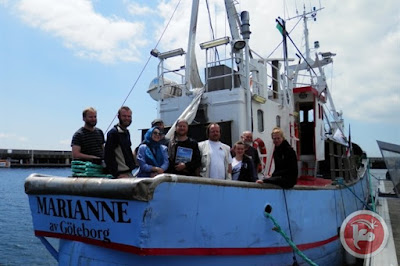 At 02:06AM today (Gaza time) the “Marianne” contacted Freedom Flotilla Coalition (FFC) and informed us that three boats of the Israeli navy had surrounded her in international waters, while sailing approximately 100NM from Gaza coast. After that we lost contact with the “Marianne” and at 05:11AM (Gaza time) the IDF announced that they had “visited and searched” Marianne. They had captured the boat and detained all on board “in international waters” as they admitted themselves. The only positive content in the IDF announcement was that they still recognize that there is a naval blockade of Gaza, despite Netanyahu’s government recent denial that one exists.

We have no reason to believe that Marianne’s capture was “uneventful”, because the last time the IDF said something like that, in 2012, the people on board the “Estelle” were badly tasered and beaten with clubs. Back in 2010, ten passengers of Mavi Marmara were murdered by the IDF during a similar operation in international waters.
It is disappointing that the Israeli government chose to continue the absolutely fruitless policy of “no tolerance”, meaning it will continue to enforce an inhumane and illegal collective punishment against 1.8 million Palestinians in Gaza. Israel's repeated acts of state piracy in international waters are worrying signs that the occupation and blockade policy extends to the entire eastern Mediterranean. We demand that the Israeli government cease and desist the illegal detainment of peaceful civilians travelling in international waters in support of humanitarian aid.
We call on our governments to ensure that all passengers and crew from the “Marianne” are safe, and to strongly protest against the violation of international maritime law by the Israeli state. We call on all civil society organizations to condemn the actions of Israel. People all over the world will continue to respond and react to this injustice, as will we, until the port of Gaza is open and the siege and occupation is ended.

For more updates visit: ff3.freedomflotilla.org
Press release from StG Sweden: 2015-06-29 02:30
At 22.57 (UTC) we had our last contact with Ship to Gaza’s trawler Marianne of Gothenburg. We were informed that the three military vessels who identified themselves as Israeli navy, has now moved even closer. The distance was estimated to 500 meters. The position was located to 31° 43' North, 32° 33' East​, about 105 nautical miles from the destination Gaza city.
Folow the develeopment at shiptogaza.se.

According to Freedom Flotilla Coalition’s latest contact with the “Marianne” at 2AM (Gaza time), the boat is aproximately 105 nautical miles and continues on its course towards the Palestinian territorial waters and the port of Gaza. It is expected to reach its destination during the next 24 hours.

As the “Marianne” enters the final segment of its trip, the Freedom Flotilla Coalition has decided to reveal its strategy. At this moment the three sailing boats accompanying and supporting the “Marianne” (“Rachel”, “Vittorio” and “Juliano II”) are changing their course and will be heading back to their ports of origin.  Political representatives, journallists, peace activists on board, a total number of 29 sailors, have assisted the Marianne and its people towards their long and difficult journey, which has always remained to end the illegal and inhumane blockade of Gaza.
We demand that our respective governments act with humanity and to ensure the safety of all of the delegates on board the “Marianne”. We call once again on the government of Israel to finally lift the blockade on Gaza and let the peaceful ship, the “Marianne”, reach its destination in order to deliver its cargo of dignity and hope. We urge all international organizations to work towards opening the port of Gaza to let people and products travel freely to the world. Our destination remains the conscience of humanity.
For further updates please visit ff3.freedomflotilla.org, as also official FFC social media accounts (Facebook, Twitter)
at June 28, 2015

Photo by Bitahnii Wilson: Waiting for water, when springs dry up Navajos search for water, while tribe pursues more mining By Brenda Norrell... 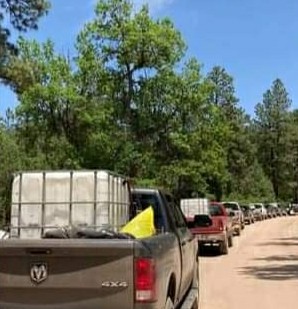