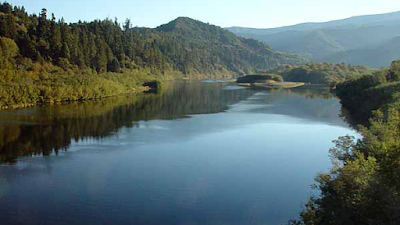 Dissenting Tribal Voices Locked Out of Klamath Land Transfer Discussion
Despite Years of Inaction and Major Revisions, Klamath Tribes Chairman Refuses to Revisit Water Agreement
Media Contact- Willa Powless
Kayla Godowa
CHILOQUIN, Ore -- Klamath Tribes Chairman Don Gentry released a letter to Klamath Tribes members June 3rd stating that, despite substantial changes to the Klamath Basin Restoration Agreement (KBRA), the General Council who is the governing body of the Klamath Tribes, would not be given any opportunity to revisit or revise its position. The KBRA was approved with only approximately 20% participation from voting tribal members, and support for the agreement has declined significantly since the last vote in 2014. The loss of the Mazama Forest, outlined in the original KBRA, has been seen as an opportunity to revisit the tribe’s involvement in the KBRA.
On February 28th, 2015 Klamath Tribal members unanimously passed resolutions 2015-003 directing and authorizing Tribal Chairman Don Gentry to immediately provide proper Notice of Impending Failure to all other KBRA parties, and resolution 2015-004 authorizing and directing the tribal chairman to immediately serve proper Dispute Initiation Notice (DIN) to all parties of the KBRA.
In Chairman Gentry’s letter Gentry stated that the resolution 2015-003 required “that the Klamath Tribes receive a benefit similar in nature to and not of less value than”. However this phrase is quoted from the whereas section. A whereas is a preamble in a resolution and is nothing more than simple background information or a statement of facts, and explains the logic of the resolved. The resolved is the directive. Klamath Tribal members have not authorized any cures to land acquisition or amendments to the KBRA.
Tribal members desire land acquisition but not at the mercy of the KBRA. Draft land legislation leaves many questions unanswered.
“This has not been a transparent, democratic process,” said Willa Powless of Honor the Treaty of 1864, a group of Klamath Tribal members focused on protecting tribal resources and rights. “Tribal members have been asking questions about this new deal, such as what would the priority date for the water right be on a new parcel, how do the tribes plan to manage this potential replacement parcel, and what other obligations or restrictions are already placed on the land? Tribal Council has refused to answer any questions.”
Honor the Treaty of 1864 has been particularly concerned about new reports of sick and infected fish in the Klamath Basin. Through KBRA negotiations, Klamath Tribes have relinquished the right to make a water call for salmon and this leaves many questions about an agreement that claims to restore fish.
“Water is essential to our culture as Klamath, Modoc, Yahooskin people,” said Rowena Jackson, Klamath Tribal member. “We are taught it is the foundation of all life. And without our sacred water our culture cannot survive.”
A common misconception in the public is that all the Klamath River tribes support the KBRA. However, the public is not aware that the political turmoil of the KBRA has been destructive to tribal members, igniting disputes that have created tribal divisions, split families, and ended life-long friendships.
While tribal members support dam removal and protecting fish, many do not believe the KBRA adequately represents these aspects that are vital to Klamath, Modoc, Yahooskin culture and spirituality. These tribal members believe that the bargained for benefits within the KBRA can be achieved without having to relinquish tribal rights and advocate for withdrawal from the KBRA.
Honor the Treaty of 1864 firmly believes that the tribe should retain and exercise senior water rights.
Honor the Treaty of 1864 works actively to protect water, fish and wildlife and to bring awareness to their current threats and seeks solutions to ensure their survival.
Honor The Treaty of 1864 is a group of like-minded individuals who work actively to honor our ancestors and our 7th generation by protecting our resources and tribal rights. We work to protect water, fish and wildlife and to bring awareness to their current threats and seek solutions to ensure their survival. While these ideas are not new and many people before us stood for the same things we do, our group was officially formed in 2014. We welcome all people who support our cause. 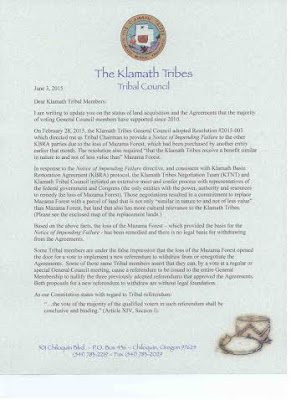 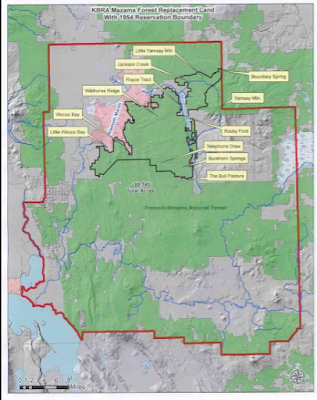