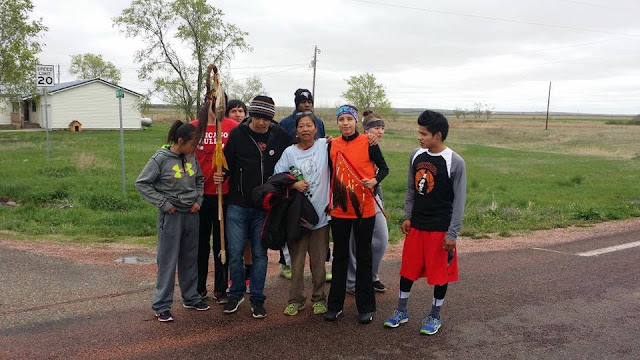 April 26, 2016 On Tuesday, runners ran through Chamberlain and headed
to Lake Andes, South Dakota, for buffalo soup and to rest for the night. Photo Waniya Locke

Update Thursday from Marty, South Dakota, on the road to Santee, Nebraska, at:
http://bsnorrell.blogspot.com/2016/04/run-for-your-life-runners-defending.html 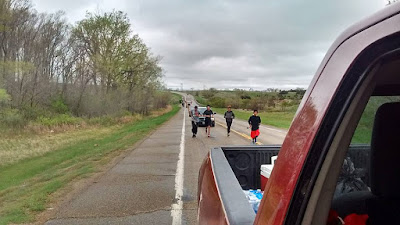 (Photo above) Runners near Fort Thompson. Photo by Demaris Mexican. 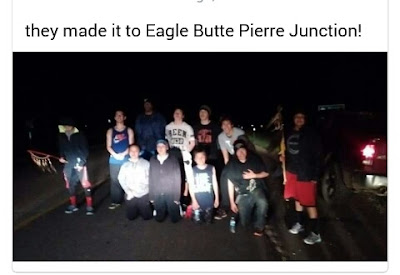 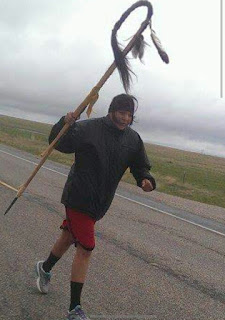 Running out of Eagle Butte on Monday morning, running toward Lower Brulé, South Dakota.
Runners made it to Eagle Butte, South Dakota and received a warm welcome on Sunday, after running across Standing Rock. Photo today by Joye Braun, Cheyenne River Lakota. 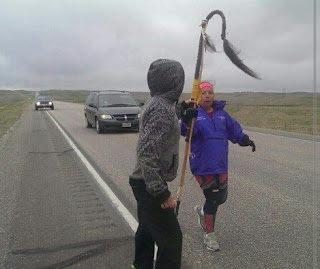 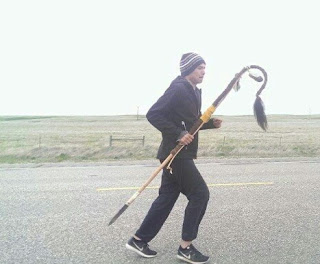 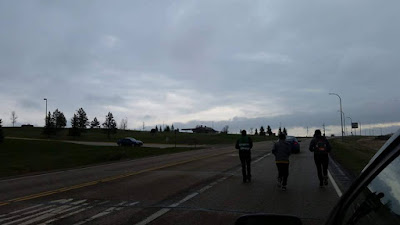 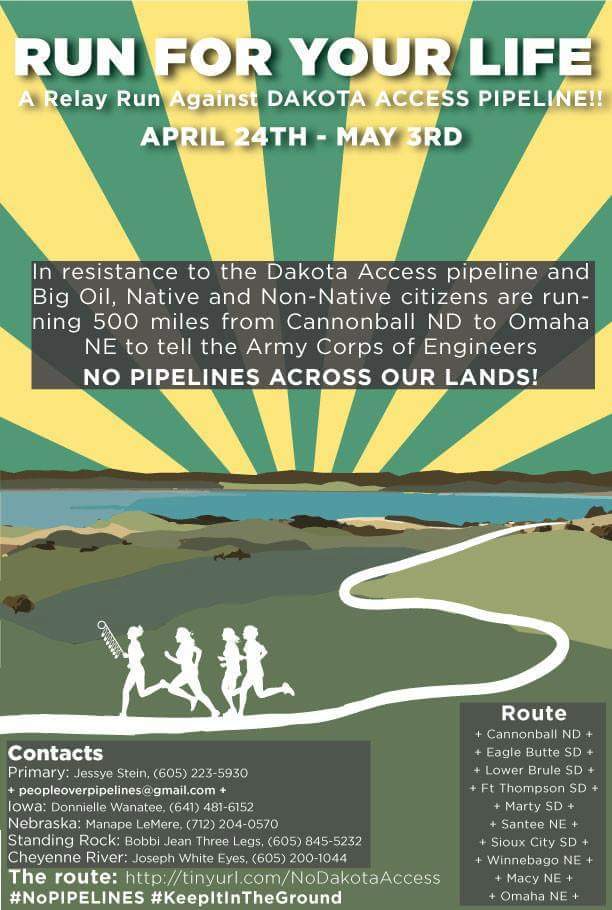 By Waniya Locke
Censored News
For months, both Native and non-Native peoples in the Midwest have been battling the construction of the Dakota Access/Bakken pipeline, a project that will go from North Dakota to Illinois and cross the 12,000 year old Missouri River, which is the main water resource for millions of people. The U.S. Army Corps of Engineers is making the final decision on whether or not to issue the last permit that Dakota Access, LLC needs to construct the Dakota Access/Bakken pipeline on May 4th, 2016. The spirit relay run is from Cannon Ball, North Dakota, to the office of the Army Corps of Engineers in Omaha, Nebraska, to deliver the message to the Army Corps that we resist a pipeline crossing beneath sacred water needed for life. The run will be approximately 500 miles and take about a week, with the runners passing off the run to one another, relay style.

For the latest photos and videos from the run, go to the Homepage of Censored News!
www.bsnorrell.blogspot.com

Dutch translation by Alice Holemans, at NAIS:
http://www.denaisgazet.be/nieuws/neen-dakota-access-pijleiding
at April 26, 2016