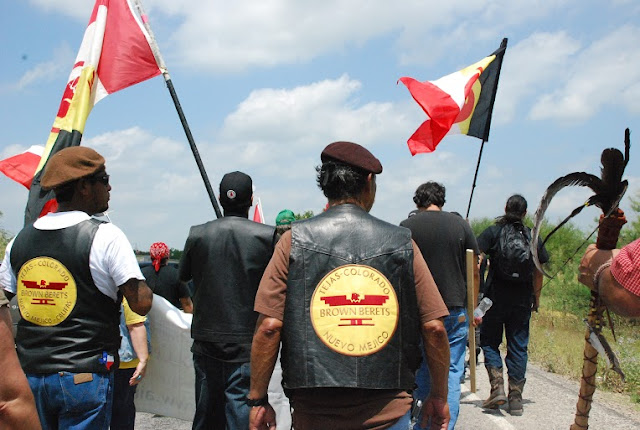 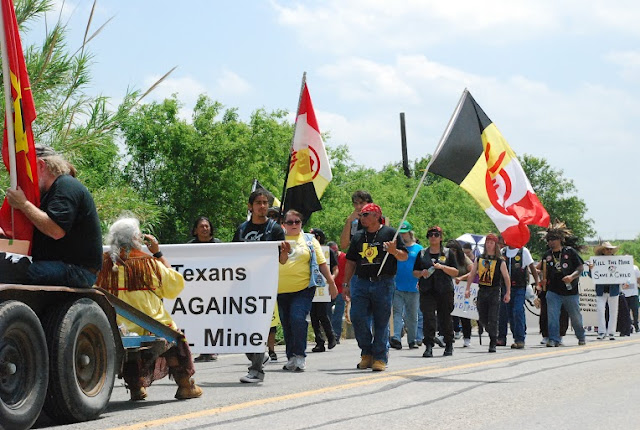 EAGLE PASS, Texas -- Native American Groups gathered for a historic rally and march to protest the open-pit coal strip mine in Eagle Pass, Tex. The protesters called on the U.S. Army Corps of Engineers  to rescind the mine’s permit, halt expansion and protect the land from further destruction.

The project, owned by Dos Republicas Coal Partnership, mines lignite coal, which is transported by train from Maverick County across the border to be burned in a Mexican coal-fired power plant. The mine began operating several months ago, despite widespread local public opposition, and is harming the ancestral homelands of many Native groups and damaging sacred lands and more than 100 archaeological sites.
“This mine has already caused irreparable damage, destroying multiple burial sites and erasing our cultural heritage in the process,” said Maria Torres, Tribal Chairwoman of the Pacuache Clan of Texas. “This land is our patrimonial heritage, and it holds the story of our ancient aboriginal people -- how we lived and how we died. When we lose access to our land and to the ancient wildlife of the area, from the jaguarundi and ocelot to crucial plant life, we lose part of our heritage and our connection with Mother Earth.”
Many Native groups say they were not properly consulted by Federal agencies as required prior to granting the permits necessary for the coal mine to open. The project also faced widespread local opposition. More than eight thousand Eagle Pass residents and allies signed a petition in opposition to the Dos Republicas mine before its opening.
"This project is the worst example of environmental injustice I've seen,” said Dr. Jonathan Hook, former Director of Environmental Justice and Tribal Affairs for the EPA, Cherokee Nation citizen and Maverick County resident. “Everything about it is wrong. Given the incomplete processes and potential damage to one of the most vulnerable communities in the country, the Dos Republicas mine should have been stopped before it even started."
Representatives from the Lipan Apache Band of Texas, Pacuache Band Coahuiltecan Nation, Carrizo-Comecrudo Tribe of Texas, and American Indian Movement of Central Texas were present at the Saturday event, which included Native drumming, and other cultural expressions along with large banners, signs, and puppets.
“Native leaders, tribal members and allies from across the country are uniting here today, and they join thousands from the area who are standing up against this disastrous project," said Dr. Tane Ward, and Native and decolonial organizer working with the Sierra Club. "It’s unclear why the state of Texas has been so supportive of the controversial mining project. Not only does it harm culturally rich and historic land, the Dos Republicas mine threatens the safety and livelihood of those who live nearby all so the coal can be shipped to Mexico and burned in coal plants. It's time for this dangerous project to be stopped, once and for all." 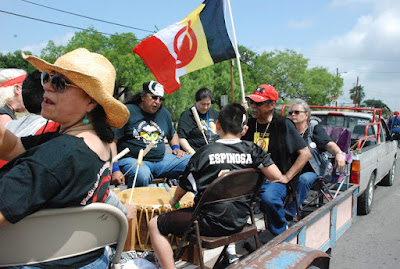 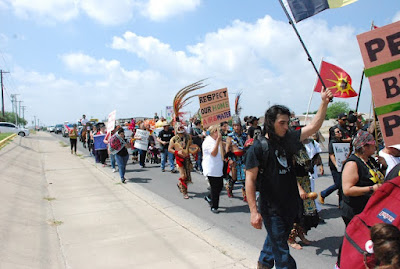 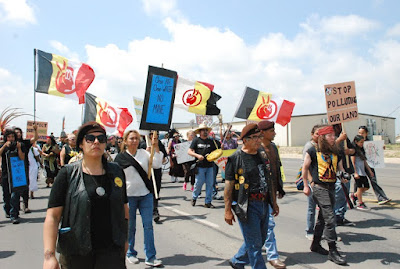 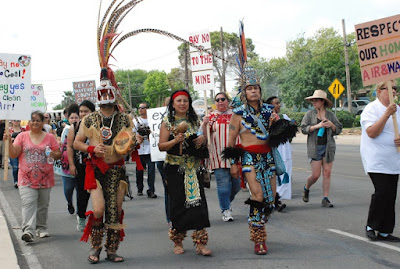 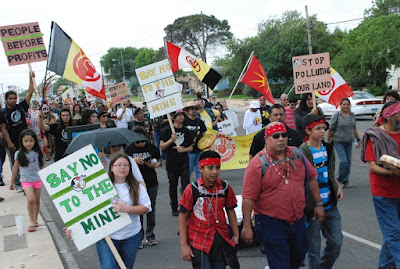 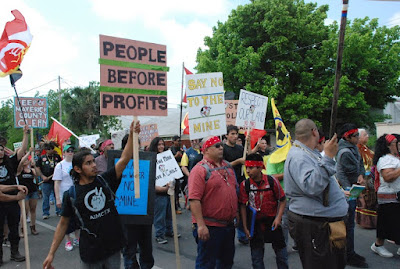 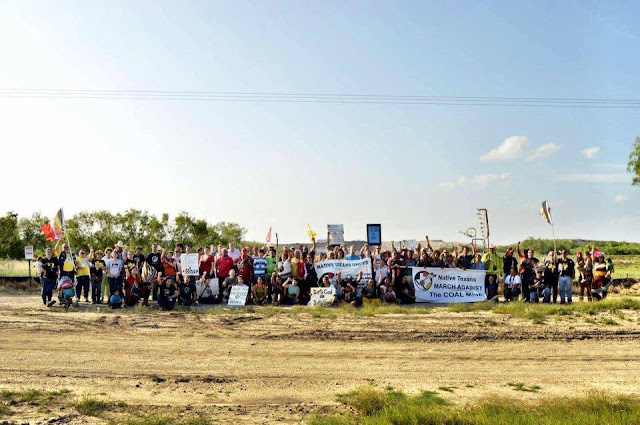