Yucca Mountain: US refuses to acknowledge nuclear fuel hazardous for a million years 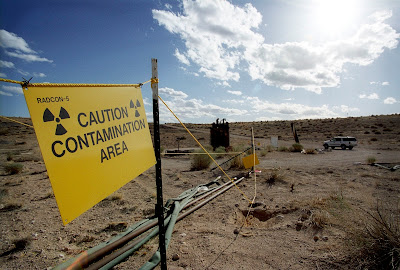 News from Beyond Nuclear

“We are sorely disappointed by Friday’s ruling. The court did not seem to understand the very sound and forceful arguments our coalition of environmental organizations was making. Our lawyers are reviewing Friday’s decision. We have options for moving ahead, and we expect a recommendation from our lawyers shortly about next steps. Suffice it for now to say, we will continue our efforts to demand the government address the very serious environmental risks posed by atomic reactor operation and highly radioactive irradiated nuclear fuel generation.
Irradiated nuclear fuel remains hazardous for a million years, as acknowledged by the U.S. Environmental Protection Agency in its Yucca Mountain dump regulations. Exposure to highly radioactive nuclear waste, even decades after removal from an operating reactor core, at close range and with no radiation shielding, can deliver a fatal dose of gamma radiation in just minutes.