Montgomery’s decision is the most recent continuation of injustice that began on March 29 when Tsingine was killed by Winslow Officer Austin Shipley after shooting her five times at point-blank range.


“I was upset and horrified when I heard that our Diné relative was ruthlessly murdered,” Brandon Benallie said. “I was even more appalled when I learned that her body remained in the street until 6:00 AM the next day, which was a further degradation of her humanity and a violation of Navajo customs and beliefs”

Since Tsingine’s murder, the coalition has been working with the Tsingine family to demand justice (see attached demands) and have held a number of protests and community meetings in Winslow.

Rather than resolving the matter immediately and justly, Navajo County Attorney Brad Carlyon prolonged the matter by deferring the final decision on what criminal charges would be brought against Austin Shipley to Maricopa County.

“From the beginning we demanded, on behalf of the Tsingine family, a third-party investigation,” said Andrew Curley. “Instead Navajo County passed the buck to Maricopa County, a county with a history of violence and racism toward Indigenous people and other people of color.”

The Maricopa County Attorney Office media release distributed on July 22 did not reference the Arizona policies and procedures that were used to make their decision.

“Rather than offering a justification for not prosecuting the killer cop, Montgomery’s decision can only be understood as a flippant, lazy attempt to dismiss their negligence,” Monica Spencer stated. “Montgomery failed to offer any recourse or justice for Loreal’s family and her community.”

To learn more about the Bordertown Justice Coalition or to participate in future actions, you can ‘like’ the coalition on Facebook. 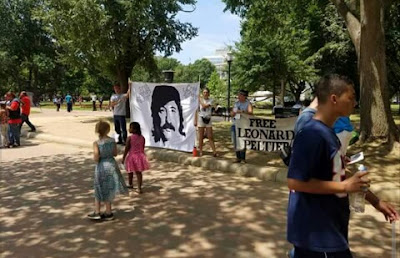 In front of White House 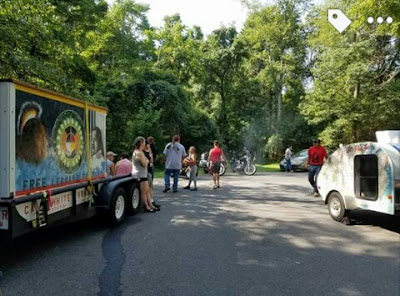 Greenbelt Park (above and below) 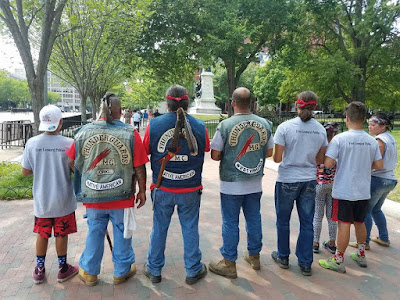 The Peltier Justice Ride reached the White House from the west coast, urging clemency for Leonard Peltier. "This cross-country ride is dedicated to bringing awareness of the last 41 years of Leonard's unjust imprisonment and getting President Obama to grant him clemency," Chauncey said. Riders traveled from Banks, Oregon to Washington DC over 10 days. Chauncey said thanks to the Thunder Guardians, photo above, he did not ride alone. 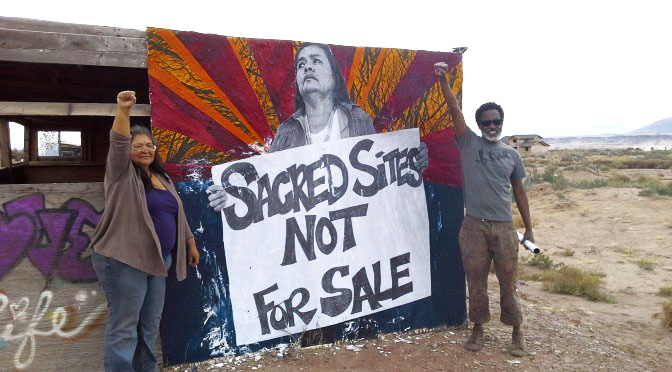 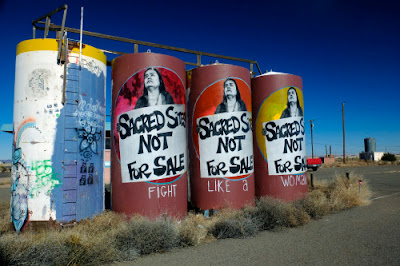 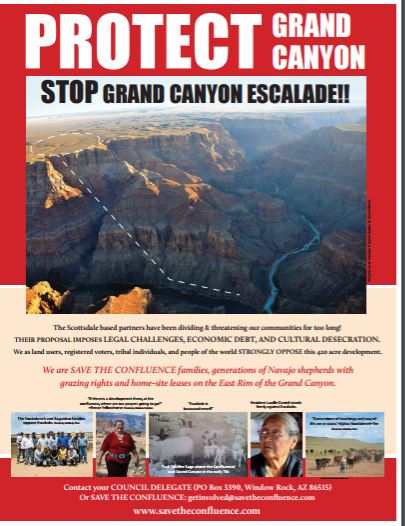 by STC | Jul 22, 2016 | News
Save the Confluence has released a fact sheet and flyer.
The 12-point fact sheet outlines the reasons why a proposed tourist resort would harm the confluence of the Colorado and Little Colorado rivers.
Developers who call themselves Confluence Partners, aka Fulcrum Group, want to build a gondola tram on the Navajo Nation side of the Grand Canyon, at the confluence, leading down to the rivers. They call their proposal the Escalade Project.
They also want to build a tourist resort that would bring thousands of visitors to the area reserved for traditional sheepherding, and holds sites sacred to many American Indian tribes, ranging from Hopi, to Zuni, to Navajo, Pueblo, and more.
Save the Confluence is a grass-roots organization seeking to protect the confluence of the Colorado and Little Colorado rivers from developers. It represents hundreds of Navajo families who have lived traditionally on the land for centuries. The organization also has the backing from many Navajo Chapters, the Diné Medicine Man association, the Hopi Nation, the Zuni Nation, the All Indian Pueblo Council, and environmental-protection organizations throughout the United States.

Comment by Censored News: The proposed Escalade tourism disaster is a lesson in how poisonous politics destroys the land, water and peoples lives. This monster tourism project on Navajoland at the Grand Canyon was first pushed by Albert Hale. Hale resigned as Navajo president during a financial probe of his office. Then, the governor of Arizona quickly appointed him to the Arizona Legislature to fill a vacancy. Earlier, while Hale was Navajo President, he had a public affair with his press secretary, documented in Navajo Times. She then became a reporter/editor in Indian country. Once Hale was in the Arizona Legislature, Hale pushed this corporate scheme Escalade which would destroy western Navajoland, sacred land and water on the rim of the Grand Canyon.
at July 25, 2016 No comments: 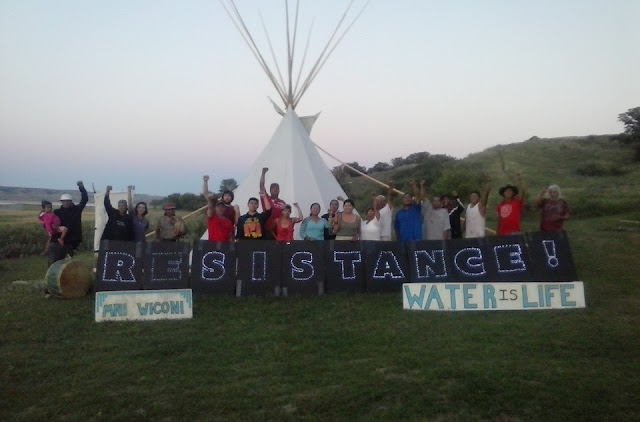 Sacred Stone Camp July 2016
Hau we are the Inyan wakankagapi otip-Sacred Stone Camp from the Standing Rock Sioux Tribe.   We have partnership with the Oectc  Sakowin- Seven Council Fires, Indians and Cowboys and anyone who was to stand with us against the Dakota Access Pipeline. This pipeline will cross the Missouri River and Cannon Ball River which is the life line to many tribes and non native, when this pipeline leaks it will destroy the water and land.  Water is life ! So this pipeline is along the Missouri River and the KL pipeline was along the Ogall aquifer both are important to save.
We are asking for financial support for water-propane - food and blankets  for the camp.  This is a prayer camp movement to save our sacred land and water and has been entirely supported by the people and the campers. We are in great appreciation for all you contributions....Wopila lila tanka-- we are deeply grateful for you contributions thank you!

Photo: 'No! Fracking on Dinetah' 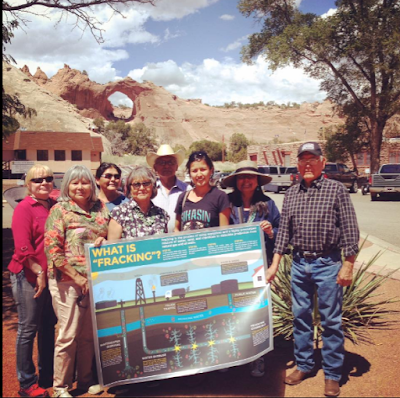 Colleen Cooley
July 20 ·
Colleen Cooley said, "Honored to be among these Diné warriors today at Navajo Nation Council Chambers! Educating Delegates and the public about the dangers of Fracking on Dinétah and other related issues! They have all been fighting for the protection of Nihímá Nahasdzáán for many years, they have been my mentors and continue to inspire me to keep fighting the fight for future generations!"