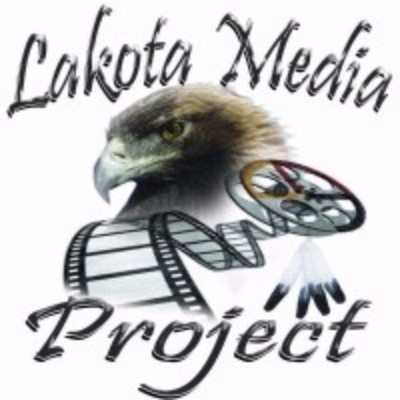 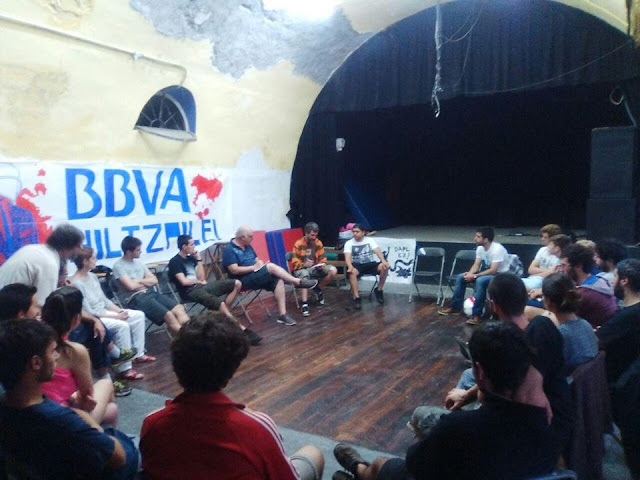 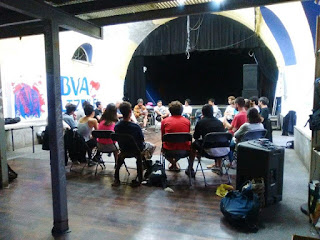 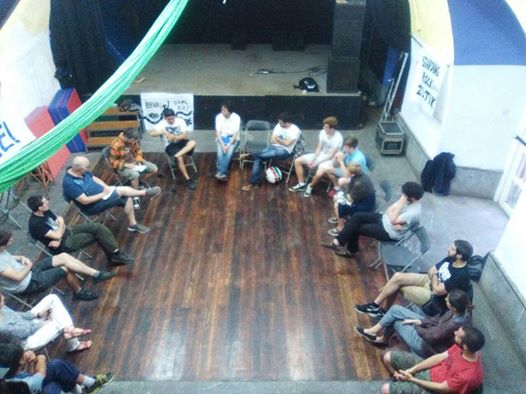 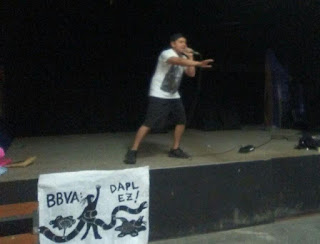 Water Protector from Standing Rock camp Rafael Gonzalez, Tufawon, Dakota from Minneapolis, shared the message and struggle of Water of Life, with Basque in Spain as the 11 Country Tour of Europe concludes. Gonzalez, hip hop artist, performed throughout Europe. Gonzalez was joined by Nataanii Means, Dine' Lakota; Waste Win Young, Dakota Lakota from Standing Rock; and Rachel Heaton, Muckleshoot, on the Tour.
Spain and Italy were the last stops on the 11 Country Tour.
Rafael said, "Days ago, I was in Bologna, Italy with a group of activists from Làbas a political collective currently occupying the former Caserma Masini building/space. We did a critical mass bank action targeting Intensa San Paolo, one of several European banks funding the Dakota Access Pipeline. They are invested €349 million. We wrote a letter to the Carlo Messina and biked there to deliver it. Police in riot gear were waiting as they protected corporate interests. Although the bank did not send a representative to accept our letter, we made our message clear and I'm confident they hear our voices. We will not be silenced, and we will continue to put pressure on these banks that support the genocide, environmental genocide, environmental racism, and the desecration of our sacred land. Please join our struggle as we continue to fight the same colonial oppression we've faced for 500 years."
==================


"We are here to stop exploitation of Mother Earth. We are no longer going to sit in silence as Indigenous People. We are here to reclaim the land."
Rafael Gonzalez

Questa mattina abbiamo fatto visita alla Carisbo assieme a Tufawon, water protector del North Dakota in lotta contro l'oleodotto DAPL. Ecco cos'è successo!
#NOG7 #DIVESTDAPL Translation: This morning we visited the Carisbo with Tufawon Water Protector, North Dakota in the fight against the pipeline ADHD.
More
Scroll through Censored News for coverage of the 11 Country European Tour by Standing Rock Water Protectors. They urged divestment from Dakota Access Pipeline and fossil fuels, and investing in clean energy. Water Protectors carried the message of  respect for Indigenous Rights as they spoke at the United Nations, led the Anti-Trump Parade at NATO, and urged banks in Paris and Switzerland to divest in Dakota Access Pipeline. They met with grassroots defenders of the Earth throughout Europe, who are battling coal mines, fracking, oil and gas drilling.
Censored News
www.bsnorrell.blogspot.com 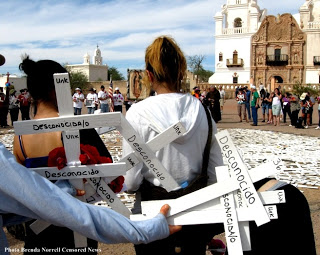 During an annual walk from Tucson to San Xavier, Tohono O'odham Nation, walkers remember those who have died on the border. Migrants from Central America, including many Indigenous Peoples, die each year on the Tohono O'odham Nation, after walking across countries in search of safety and a better life. Photos by Brenda Norrell, Censored News. 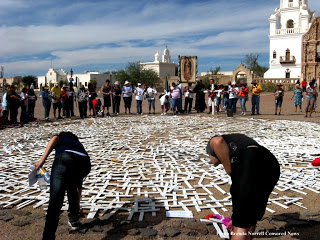