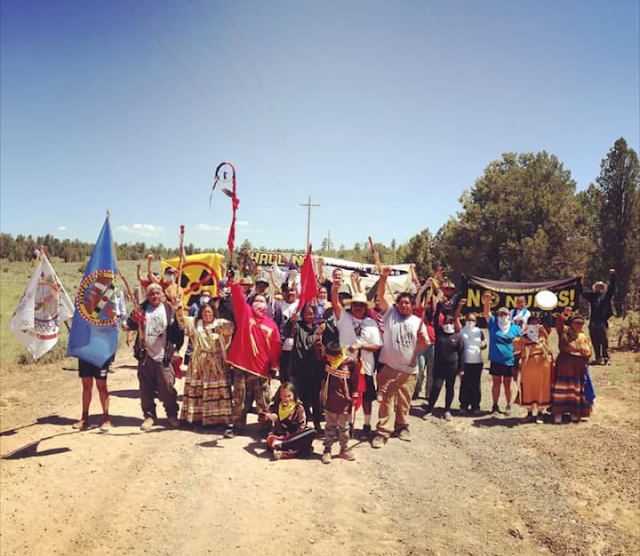 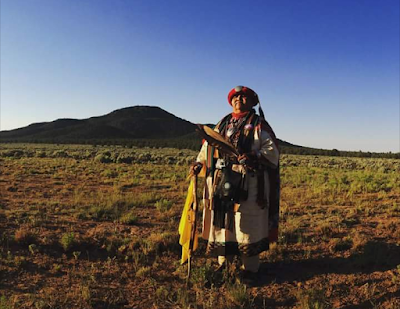 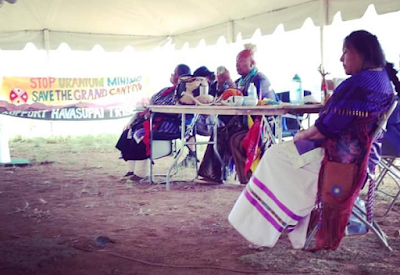 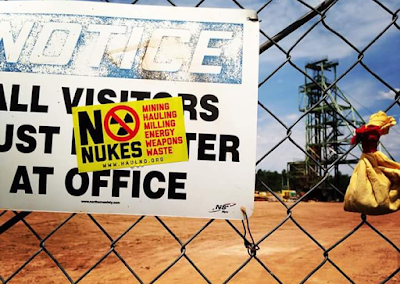 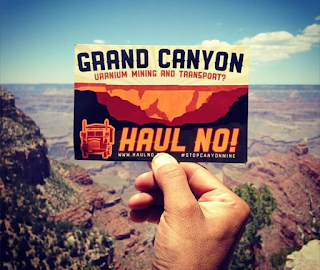 The Havasupai Tribal Council is hosting a three day gathering on Red Butte to defend the sacred land and water from uranium mining and transport.

Supai, ancestral Guardians of the Grand Canyon, began their gathering with a prayer walk.

French translation by Christine Prat
FACTS: THE CANYON MINE AND WHITE MESA MILL


The Canyon Mine is a uranium mine located near Red Butte, a sacred mountain and Traditional Cultural Property only six miles from the Grand Canyon’s South Rim. Canadian company, Energy Fuels, is currently sinking the mine shaft and plans to extract uranium in early 2017. The company is operating under a Plan of Operations and Environmental Review that date to 1986, and the Forest Service failed to properly consult with the Havasupai Tribe before allowing the mine to operate.


The Havasupai Tribe, Grand Canyon Trust, Center for Biological Diversity, and Sierra Club have legally challenged the United States Forest Service’s decision to allow Energy Fuels Resources to reopen the Canyon uranium mine, which was initially approved in the 1980s and had been closed since 1992.
production rate is 109,500 tons per year of high-grade uranium ore
EFI permitted to stockpile up to 13,100 tons of uranium ore at Canyon Mine.
is within a one million acre area that was withdrawn from mining in 2012 due to concerns about uranium mining’s environmental and cultural threats to the Grand Canyonwatershed.


Canyon Mine haul route facts:
Nearly 300 miles
25 trucks (both ways) with capacity to haul up to 30 tons of highly radioactive ore per day
Covered only with tarps
Through towns such as Valle, Williams, and Flagstaff; through Navajo reservation communities including Cameron, Tuba City, and Kayenta; and finally arrive at Energy Fuel’s White Mesa Mill only three miles from the Ute Mountain Ute tribal community of White Mesa, Utah.
Sacred Sites & Precious Water:


Red Butte is located in the Kaibab National Forest in Coconino County, Arizona on ancestral Havasupai lands. It is known to the Havasupai nation as Wii’i Gdwiisa, “clenched fist mountain,” and has been held sacred since time immemorial.
determined eligible for the National Register of Historic Places as a Traditional Cultural Property in 2009
The Canyon Mine is located within the Traditional Cultural Property boundary of Red Butte
also culturally significant to Diné (Navajo) and Hopi Nations


An estimated 40 million people rely on water from the Colorado River which flows through the Grand Canyon. Already, 20 seeps and springs in the Grand Canyon region exhibit dissolved uranium concentrations over safe drinking water standards as a result of historic uranium mining. The Canyon Mine threatens to further those impacts, and the haul routes travel over two key Colorado River tributaries – the San Juan and Little Colorado.
What is the White Mesa Mill?


The White Mesa Mill is the only conventional uranium mill licensed to operate in the United States. Energy Fuels Inc. owns and operates both the mill and the Colorado Plateau uranium mines, including Canyon Mine, that supply ore to the mill. The mill is located three miles north of the Ute Mountain Ute Tribe’s White Mesa Ute community and six miles south of Blanding, Utah.
built in 1979 to process uranium ore from the Colorado Plateau.
In 1987, it began processing “alternate feed material” (uranium-bearing toxic and radioactive waste) from across North America.
Energy Fuels disposes of the mill’s radioactive and toxic waste tailings in “impoundments” that take up about 275 acres next to the mill.


What are the health and environmental hazards?
Cells 1, 2, and 3 at the White Mesa Mill were constructed with thin plastic liners between two layers of crushed rock. The liners in those cells had a useful life of 20 years when they were installed in the early 1980s and have never been replaced.
Cells 1, 2, and 3 leak detection system lacks a double liner and will not detect a leak until groundwater has already been contaminated.
The mill emits radioactive and toxic air pollutants including radon and thoron (gases) and sulfur dioxide and nitrogen oxides (particulates). Windblown particulates and gases travel off-site. Energy Fuels has stockpiled both ore and alternate feed on-site. Many of the stockpiled materials are not adequately covered and can blow off-site. White Mesa residents report smelling pollutants from the mill.
Trucks loaded with ore hazardous materials travel on Arizona and Utah highways to reach the mill. Alternate feed materials are usually off-loaded from the railroad at Cisco, Utah, trucked to Interstate 70, east to Highway 191, and south through Moab, Monticello, and Blanding to the mill. Ore from the mines near the Grand Canyon region travels north through the Navajo Nation and Bluff to the Mill.
There are plumes of increased levels of nitrate, nitrite, and chloride in the perched aquifer beneath the mill site.


What are other community concerns?
The mill was built on sacred ancestral lands of the Ute Mountain Ute Tribe. More than 200 rare and significant cultural sites are located on the mill site. These include burial sites, large kivas and pit houses, storage pits, and artifacts. When the mill and its tailings impoundments were constructed, several significant archeological sites were destroyed. These included pit houses, kivas, burial sites, and food-processing and storage structures.
Many residents in the communities of White Mesa and Bluff are concerned that the Navajo Sandstone aquifer, which provides drinking water to the area, will be contaminated. This primary drinking water aquifer lies underneath the mill site. 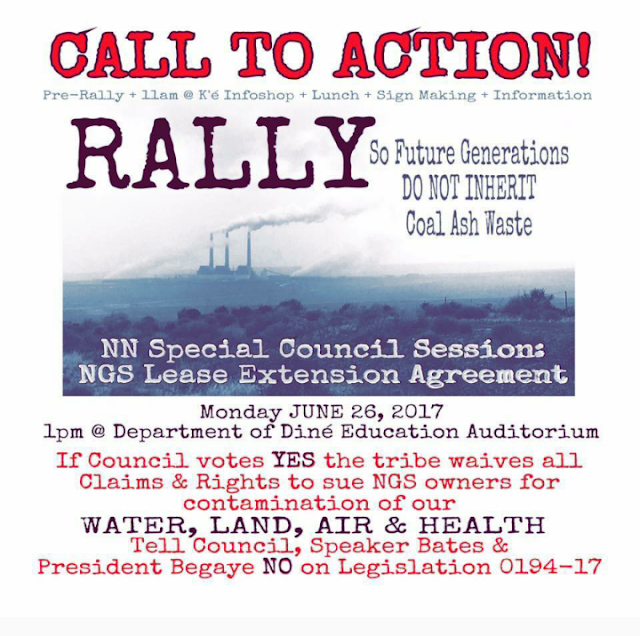