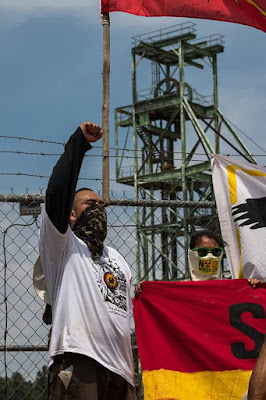 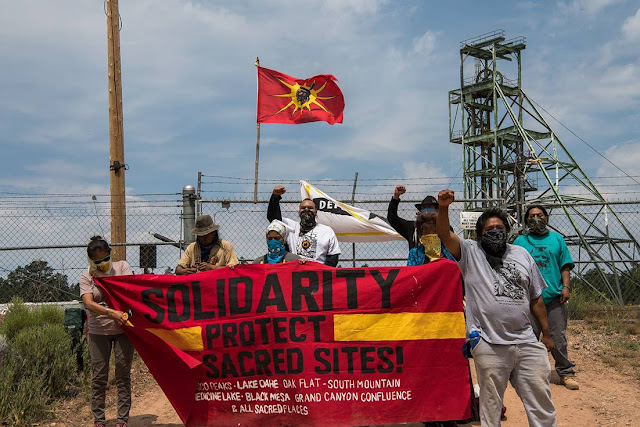 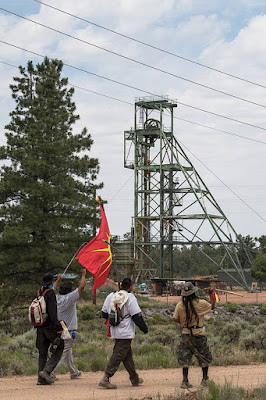 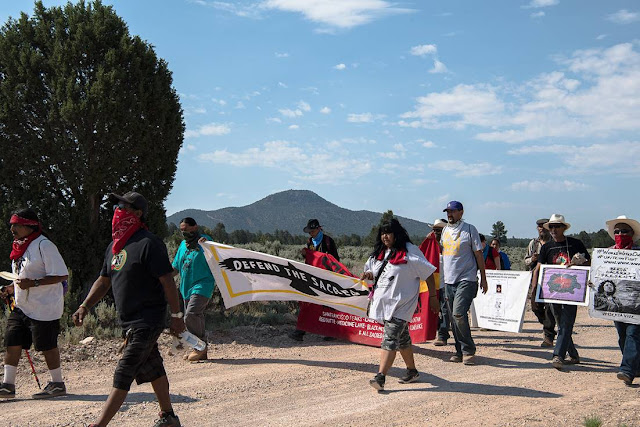 Havasupai hosted a three day gathering on Red Butte, June 23--25, to halt uranium mining and transport in their homeland, known as the Grand Canyon.
Read more at Censored News
.http://bsnorrell.blogspot.com/2017/06/havasupai-guardians-gather-to-protect.html?m=1 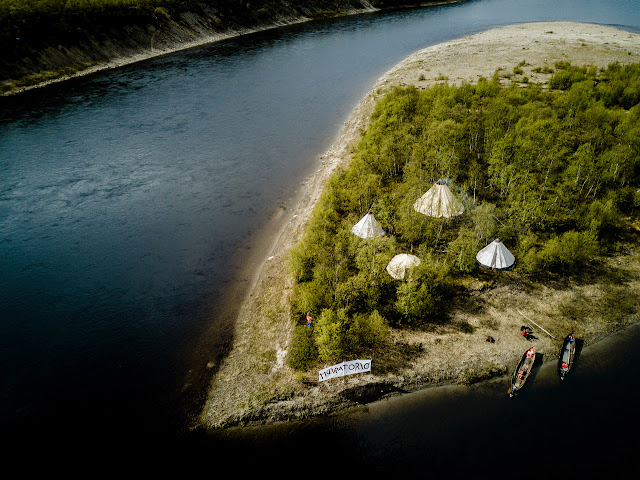 Last week, a group called Ellos Deatnu (Long Live Deatnu) declared a moratorium over part of the Deatnu (Tana/Teno) River, in response to new fishing regulations imposed by the Finnish and Norwegian governments that severely limit indigenous rights. The indigenous-led resistance group consists of Saami and others working non-violently toward self-determination and local governance in the Deatnu Valley. The Deatnu River forms part of Sápmi, the transborder homeland of the indigenous Saami people.

The group Ellos Deatnu declared a moratorium on the 21st of June 2017 over Čearretsuolu Island and its surroundings. The moratorium halts the implementation of new Finnish-Norwegian fishing regulations governing the Deatnu River. During the moratorium in this region, Saami concepts of justice and Saami customary law will be applied. The group Ellos Deatnu has taken this measure because the new regulations violate Saami indigenous rights and threaten the well-being of the Saami from the Deatnu valley.

"Norway and Finland are often seen as human rights paradises, but how much is really known about their failure to acknowledge and respect the rights of their own indigenous people? With theese new regulations, the Finnish and Norwegian governments have removed more than two thirds of all Saami fishing rights. For example, they have denied my fishing rights as a Saami completely. We want our great-grandchildren to be able to have a good life and live in harmony with the river. Nothing is more important than the well-being of our river. We have seen that the Norwegian and Finnish states do not know what is the best for us or our river", states Áslat Holmberg of the Ellos Deatnu group.
The Deatnu river and its salmon play an indispensable part in the survival of Saami as a people. The new regulations represent a clear violation of international human rights treaties, including those specifically concerning indigenous rights. They also violate the constitutions of Norway and Finland, and were negotiated with negligible consultation of the local Saami community.

"The States whose borders run through Sápmi seek continually to appropriate our natural resources, grabbing them from us little by little. The new regulations effectively transfer the rights to the Deatnu waterways and their use – rights originally held by the Saami – away from the local population, transforming these into the property of the Finnish and Norwegian States. The only way for the Saami to survive as a people is resistance," says Beaska Niillas, also a member.

Saami from both sides of the river have joined forces as part of the Ellos Deatnu group and have established an indigenous-led resistance camp on the island. Ellos Deatnu representatives state that the moratorium remains in force until the states of Finland and Norway agree to re-negotiate the fishing regulations in full co-operation with the Saami people.

"New fishing regulations must be negotiated in a way that is fair and genuinely adheres to the standard of Free, Prior and Informed Consent, as written in the UN Declaration on the Rights of Indigenous Peoples. All discussions are to be led by local Saami people. We encourage people in the Deatnu valley to declare a Moratorium in other areas along the Deatnu watershed as well until new fishing regulations have been negotiated and implemented by both Finnish and Norwegian governments," concludes Beaska Niillas.

The Saami people are an indigenous people inhabiting the Arctic area of Sápmi, which today encompasses parts of northern Norway, Sweden, Finland, and the Kola Peninsula of Russia. Indigenous people are people defined in international or national legislation as having a set of specific rights based on their historical ties to a particular territory, and their cultural or historical distinctiveness from other populations that are often politically dominant. The Saami are the only people with indigenous status in EU.

A moratorium is a delay or suspension of an activity or a law. In a legal context, it may refer to the temporary suspension of a law to allow a legal challenge to be carried out.

The Deatnu River (Finnish: Teno or Tenojoki; Northern Sami: Deatnu; Norwegian: Tanaelva) forms part of Sápmi, the transborder homeland of the indigenous Sámi people. It runs along the state border between Finland and Norway. It is the largest Atlantic salmon (salmo salar) river in Europe. The Deatnu River discharges into one of the largest and most unspoiled river deltas in Europe.