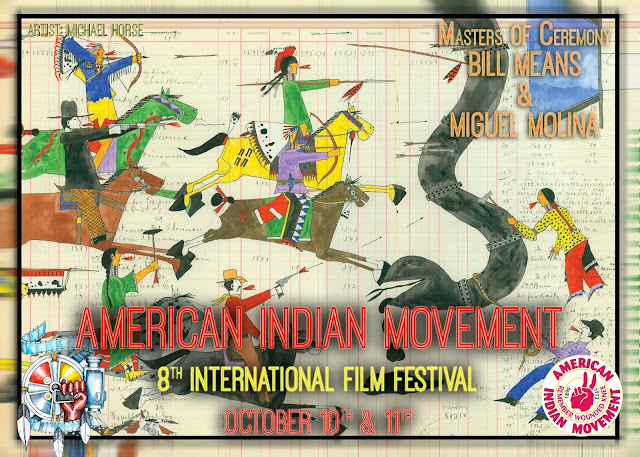 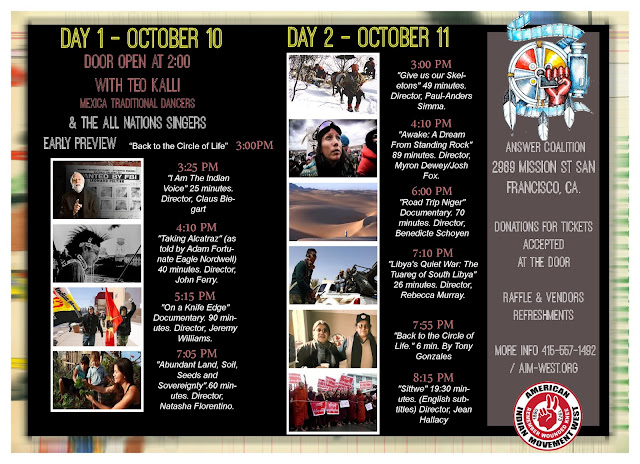 Still Winning -- Standing Rock Water Protectors are 'Those who run ahead'

Those with vision, who are ahead of their time, are often not appreciated by the mainstream. But as time goes on, the reality, and the power, of what the water protectors in Standing Rock camps accomplished, is being manifest.The spiritual resistance of the camps, and the non-violent direct action of Red Warrior Camp, brought the 'Water is Life' movement to the world and set in motion a new force for mankind.Morton County Sheriff Kyle Kirchmeier and the police he brought in from throughout the United States, responded with brutality and excessive force, violating the civil rights and human rights of water protectors.Now, in Rochester, Minn., a police officer suspended for supporting Standing Rock, and speaking out against police excessive force, has won a $1 million lawsuit."The city of Rochester will pay a police officer $1 million to settle a discrimination and retaliation claim. Lt. Elisa Umpierre filed the claim saying she was suspended for comments she made on Facebook in support of protesters at Standing Rock and another about excessive force by police officers."Back in North Dakota, Esquire magazine interviews Rattler, an Oglala Lakota water protector from Pine Ridge, who made a stand to protect the Missouri River and the drinking water of millions from Dakota Access pipeline. Esquire is one of many national and international publications now realizing that the stand at Standing Rock is only the beginning.Esquire writes, "Rattler, 45, legal name Michael Markus, is one of six native activists facing near-unprecedented federal charges related to the Standing Rock protest camps against the Dakota Access Pipeline (DAPL)."http://www.esquire.com/news-politics/a12181154/still-fighting-at-standing-rock/Kanahus Manuel, Secwepemc, is a water protector from what is known as British Columbia, Canada. Kanahus' efforts to build tiny houses in the path of a pipeline have attracted widespread media attention.Kanahus writes that Trans Mountain Kinder Morgan is now applying for a permit for a 1,000 man Man Camp in Blue River, unceded Secwepemc Territory."Time to fall in line and get to the frontlines," Kanahus writes.Already, oil and gas workers living in the Man Camps on the Mandan, Hidatsa and Arikara Nation in North Dakota, have violated and abused Native women and children, and are a magnet for criminals looking for quick money and violence, while poisoning the water, land and air.
Internationally, a delegation of powerful Indigenous women are departing for Norway, Switzerland and Germany. The second divestment delegation of WECAN International will meet with banks and financial institutions urging divestment in Energy Transfer Partners, Dakota Access Pipeline, and fossil fuels.The Autumn 2017 Indigenous Women's Divestment Delegation members include: LaDonna Brave Bull Allard (Lakota historian, member of the Standing Rock Sioux Tribe and founder/landowner of Sacred Stone Camp); Dr. Sara Jumping Eagle (Oglala Lakota and Mdewakantonwan Dakota pediatrician, living and working on the Standing Rock Reservation, North Dakota); Jackie Fielder (Mnicoujou Lakota and Mandan-Hidatsa, Campaign Coordinator of Lakota People's Law Project and organizer with Mazaska Talks); Michelle Cook (Diné/Navajo, human rights lawyer and a founding member of the of the Water Protector Legal Collective at Standing Rock); and Tara Houska (Anishinaabe, tribal attorney, National Campaigns Director of Honor the Earth, former advisor on Native American affairs to Bernie Sanders); along with Osprey Orielle Lake (WECAN Executive Director and delegation facilitator.)https://bsnorrell.blogspot.com/2017/09/indigenous-women-from-standing-rock-and.htmlWith hurricanes, earthquakes, volcano eruptions and wildfires, the attention to water protectors and climate change intensifies.Standing Rock water protectors are the beacons.They are those who run ahead.