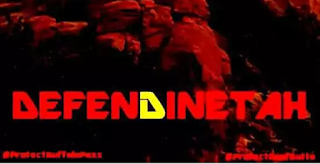 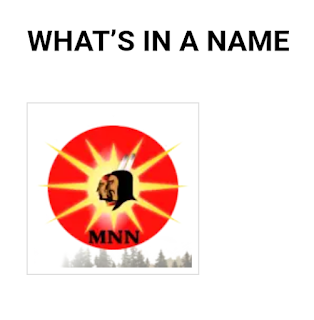 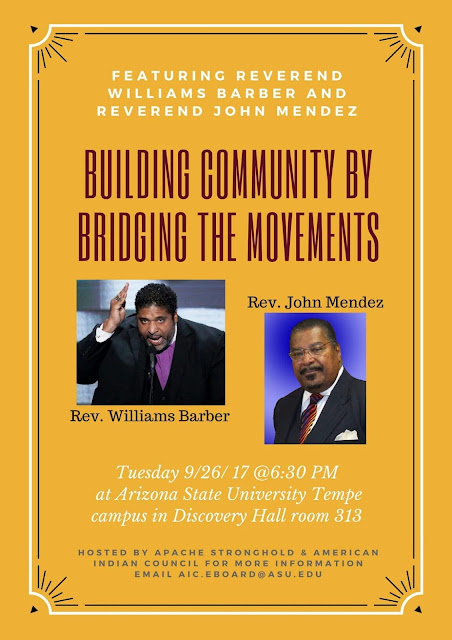 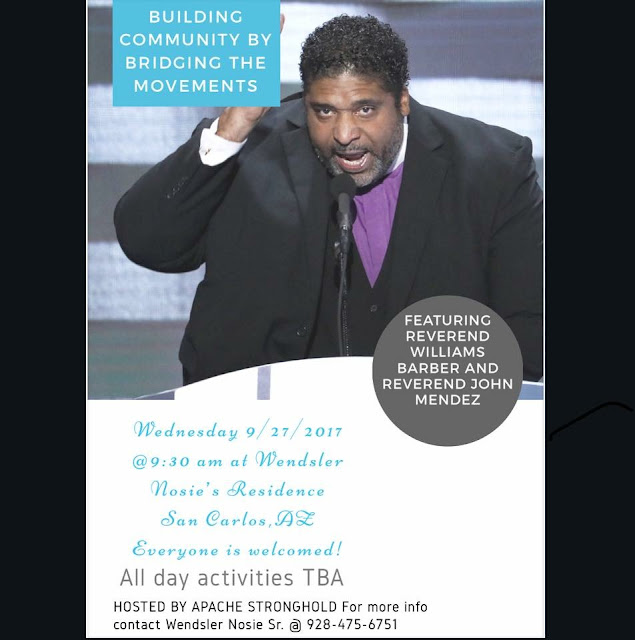 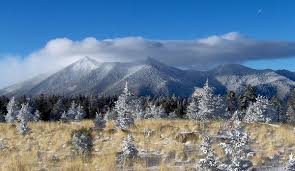 FLAGSTAFF, Arizona  — There will be a sunrise Run followed by a Prayer Walk and Witnessing of desecration and destruction on the San Francisco Peaks.

WHO: This event is being organized by a diverse group of community members concerned with the ongoing impacts of Snowbowl's expansion on the sacred San Francisco Peaks.

WHAT: Mountain Protector Prayer Run followed by a Prayer Walk and Witnessing of desecration and destruction.

WHERE: Run begins at Snowbowl Rd. and Hwy 180 and ends at Arizona Snowbowl parking lots. The Prayer Walk and Witnessing will take place next to the lower West parking lot at Snowbowl Ski Resort.

WHY: To bring healing and harmony to our communities and to the San Francisco Peaks during the continuing desecration and devastation of this sacred site and sensitive mountain ecosystem. To be a source of hope and reengagement as we continue to fight for respect and protection of all sacred sites, for clean air and water, and for a world not subject to deadly resource extraction.

VISUALS: People will be walking and running from the base of Snowbowl Rd. and Hwy 180 to the parking lots at Arizona Snowbowl. The prayer circle will consist of guest speakers, banners, drums, and song.

The San Francisco Peaks are held holy by more than 13 Indigenous Nations. Arizona Snowbowl is continuing to desecrate and devastate this sacred site and sensitive mountain ecosystem for profit. They are currently building a new parking lot, expanding facilities, thinning, grading, and constructing new ski runs. Snowbowl maintains a contract with the City of Flagstaff to spray 180 million gallons of treated sewage effluent on the slopes of the Peaks. We are calling for all Mountain & Water Protectors to join us!

In connection with and support of Haul No! Rally to Stop Uranium Transport, HaulNo.org 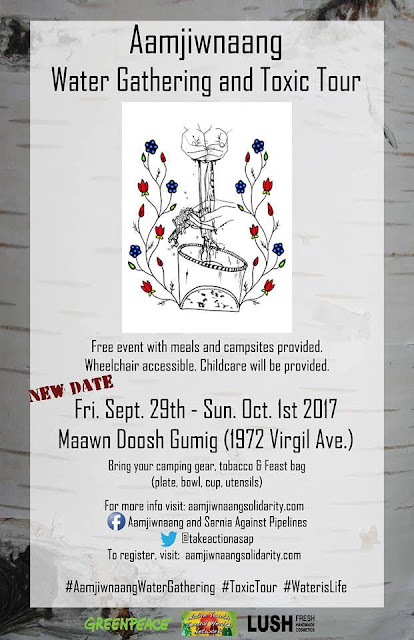 
In brief: Everyone is welcome to join in at our annual Water Gathering and Toxic Tour at Aamjiwnaang First Nation's Maawn Doosh Gumig (Place of Gathering). This event is a free educational social gathering for the water and opportunity to gain awareness and education about the environmental surroundings in the Chemical Valley from local community members living on the front line of the Petrochemical Industry.  Due to Environmental Racism the average life span of someone living in Aamjiwnaang First Nation is just 56 years old!
Each day of The Aamjiwnaang Water Gathering we will be serving Breakfast, Lunch and Dinner and it is absolutely FREE! Come and enjoy our classes, events, tours and ceremonies!
#WaterIsLife #AamjiwnaangWaterGathering #ToxicTour


Free camping sites are offered throughout the entire weekend of the Aamjiwnaang Water Gathering and Toxic Tour.  Sleep under the stars and enjoy a jam packed weekend!

Register here: www.aamjiwnaangsolidarity.com To assist the organizers please register promptly if you intend to attend.  Many thanks.

Mohawk Nation News
Please post and distribute.
MNN. Sept. 27, 2017. North Korea defeated and shamed the U.S. “sore losers” in a war in 1953. Name calling is laziness of the mind, like throwing garbage at each other. The bullying by the US President at the UN reflects the low mentality of his mainly white trash supporters. The football players refuse to support the flag that represents racism and the US Republic of War.

STICKS AND STONES WILL BREAK MY BONES …
As Kim Jung Il pointed out, name calling is a symptom of fear. Trump threatens to send the sons and daughters of the Blacks, Latinos, natives and poor whites to do his dirty deeds.

WHITEHOUSE SPEECH WRITERS: “WAH, WAH, WAH, WAH, WAH!”
Trump’s cohort, prime minister Trudeau, announced at the UN he is not going to stop the continuing genocide of the onkwe-hon-weh, the original people of this land.

STROKING ANOTHER BABY!
Trudeau trying to force us to become slaves owned by the corporation of Canada without our knowledge or consent. The military is setting up two new teams to reinforce the divide and conquer strategy of the onkwe-hon-weh.

NOW FOR MY NEXT INSULT. IT MIGHT  HURT YOUR FEELINGS AND HUMILIATE YOU.
We think Donald Trumpmust must have had a flash back when calling Kim Jung Il “Rocket Man”, just like Elton John sang: “And I think it’s gonna be a long long time. ‘Till touch down brings me round again to find, I’m not the man they think I am at home. Oh no no no I’m a rocket man…”
Mohawk Nation News kahentinetha2@yahoo.com for more news, to donate and sign up for MNN newsletters, go to mohawknationnews.com More stories at MNN Archives.  Address: Box 991, Kahnawake [Quebec, Canada] J0L 1B0
trumps embarrassing un speechhttps://www.veteransnewsnow.com/2017/09/20/1015574-trumps-embarrassing-un-speech/
https://finance.yahoo.com/news/kim-jong-un-deranged-trump-pay-dearly-threat-221257624.html
http://policyoptions.irpp.org/magazines/september-2017/when-moving-past-the-indian-act-means-something-worse/