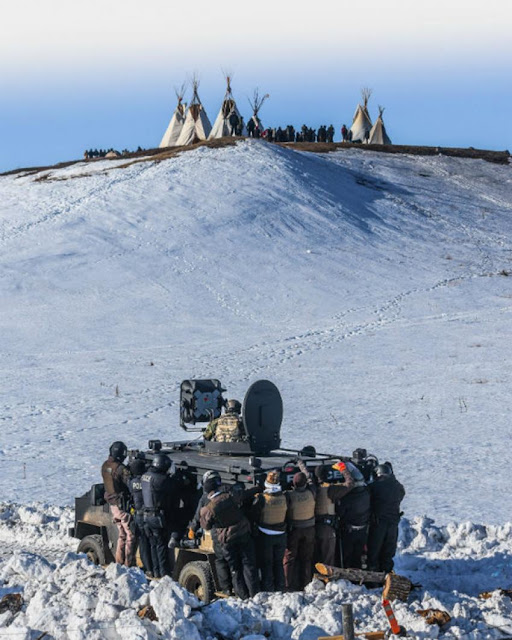 There are questions about the AP article, covering Chase Iron Eyes court hearing yesterday, particularly in regards to whether the judge will require TigerSwan and Morton County Sheriff Kyle Kirchmeier to turn over documents and information in the Last Child case at Standing Rock. Bismarck Tribune, Houston Chronicle (in the home state of Energy Transfer Partners) and many others carried the pro-DAPL, AP article.
It is in contrast to the statement by Lakota Peoples Law Project.
Many AP reporters promote corporations in Indian country, especially Big Oil.
Censored News is working now to clarify the judge's ruling and will post more.


Judge Rules in Favor of Chase Iron Eyes: Previously Withheld Evidence Must be Handed Over

April 4th, 2018 – Judge Lee Christofferson has issued a ruling in favor of NoDAPL activist Chase Iron Eyes stating that previously withheld evidence by law enforcement and a private security contractor must be handed over.  Below is a statement from the Lakota People’s Law Project.
. 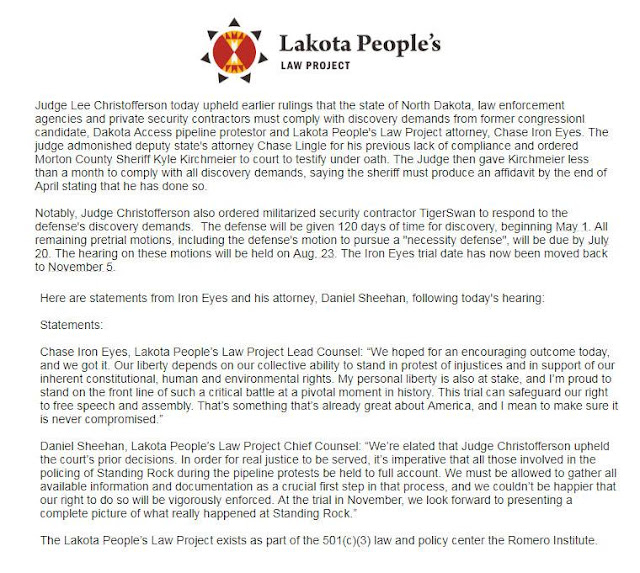 MANDAN, N.D. (AP) — A North Dakota judge on Wednesday limited the amount of information the governor's office can be asked to give attorneys for an American Indian activist accused of inciting a riot during protests against the Dakota Access oil pipeline.
Read more at AP:
https://www.houstonchronicle.com/news/texas/article/Judge-limits-information-to-Indian-activist-in-12806448.php