Dineh from Burnham testifies on toxic coal ash in Washington 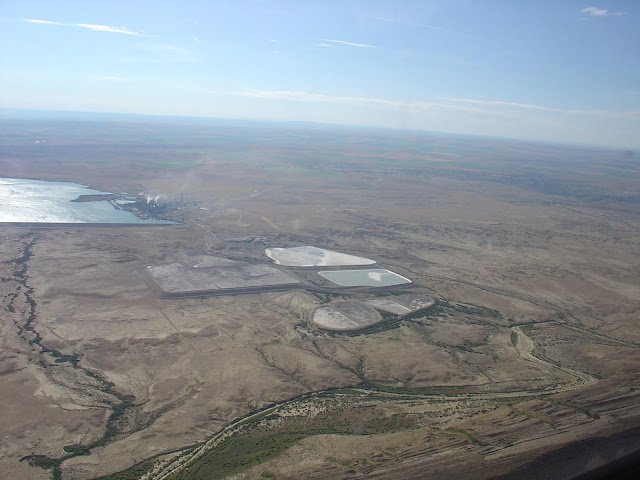 The Pruitt administration’s assault on our lands will be met with legal ramifications and resistance. -- Dailan Long 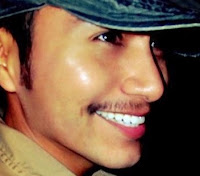 Testimony of Dailan Long,
Dineh, Burnham, Navajo Nation
Censored News
Hello, my name is Dailan Long and I represent my Navajo tribal community of Burnham, New Mexico in the four corners region of New Mexico on the Navajo Reservation.  I serve on the Board of Directors for Diné Citizens Against Ruining our Environment and I’m here to state my deep opposition to USEPA proposal to weaken the 2015 coal ash rules:
Firstly, I vehemently oppose EPA’s proposal to reverse the 2015 oversight and compliance measures of coal ash oversight and management.  I speak to this subject as my community currently bears the brunt of toxic coal ash, waste disposal, air pollution, water contamination, and health impacts as a result of the massive coal-extractive industry complex.  As a tribal citizen, I reside along the Chaco River watershed and its tributaries, which are directly affected by the Four Corners Power Plant and adjacent coal ash waste sites located immediately east of Chaco River. These coal ash combustion waste sites are large powdery manmade mounds with discharge leakages flowing into the Chaco River watershed, contaminating our local waterbodies and directly violate traditional Navajo life ways of subsistence. I raise sheep for subsistence, however, this traditional practice amongst myself and other tribal communities are threatened by the contamination of our water resources as a result of coal ash. I must travel 15 miles west of my home to haul water for my livestock as it is common knowledge for tribal residents that we cannot allow our livestock to graze in open-range for fear that animals will consume contaminated toxic water.  New Mexico, and especially, tribal communities are under severe drought advisories and water is scarce, causing us to haul water to maintain traditional Native subsistence and livelihood. There are still many homes within my community without running water. By weakening the 2015 rule, EPA increases the vulnerability of our already limited water resources to further pollution.Secondly, EPA violates the spirit of “tribal consultation” and reverses the 2015 rule within a 45-day comment period, which undermines the federal government’s fiduciary responsibility to provide oversight over federal process that directly impact tribal communities.   I reside in a region comprised of traditional Navajo individuals whom are Navajo-speaking, some of whom, sacrificed their lives by using our language to defend this country in WWII. EPA ignores these voices by limiting public commenting period for tribal citizens, including our veterans, whom are directly impacted by these proposals. EPA must consider the state and tribal jurisdiction overlap the areas where these coal ash sites exist. EPA puts forth the notion that the state will determine the rules and regulations of tribal lands, which violates the government-to-government tribal consultation that must be completed given the enormity of the proposals implications. Tribal residents experience an ongoing violation of human rights and environmental degradation as a result of pro-industry manipulation of EPA.  It’s clear that EPA’s proposal favors the very weak and manipulative power paradigm that exist in New Mexico and only favors the industry to seek leeways into further pollution and leaving vulnerable tribal populations to bear the brunt of toxic coal ash disposal. At a minimum, EPA must extend its 45-day comment period for proper public participation.Lastly, EPA does not consider the external costs associated with weakening some of the minimal requirements in the 2015 rule; one of which, is the crippling costs of public health and its impact to a struggling to a tribal economy.  I speak as a Medicaid Service Provider to both tribal and non-tribal medicaid recipients and provide services to vulnerable and high-risks clients. I observe high respiratory illnesses and asthma conditions especially in middle-aged to elderly individuals in our community; many of whom depend on Indian Health Services for medical treatment and long-term care.  The Navajo Nation and State of New Mexico face significant decreases in Medicaid services and Indian Health Services overwhelmingly burdens the cost of treating the very individuals directly affected by coal industry practices such as the contamination of our water supplies, discharge and airborne pollutants. The tribe already burdens the health disparities by trying to provide for medical and long-term needs of its constituents; however, by weakening the 2015 rule, the tribe must also shoulder the toxic waste pits and financial responsibilities for cleanup and land restoration.Again, I speak from my experience working directly with medicaid recipients and as a tribal resident from a community overburdened by toxic pollution.  The 2015 coal ash rule is currently protects hundreds of American communities despite some weaknesses, however, incrementally sets commonsense standards that protect clean water and safeguard public health.  EPA must reject the notion that industry interest supersedes federal responsibility to consult with indigenous nations and tribes. EPA must also acknowledge the persistence of indigenous populations and that the Pruitt administration’s assault on our lands will be met with legal ramifications and resistance.
at April 26, 2018 No comments: