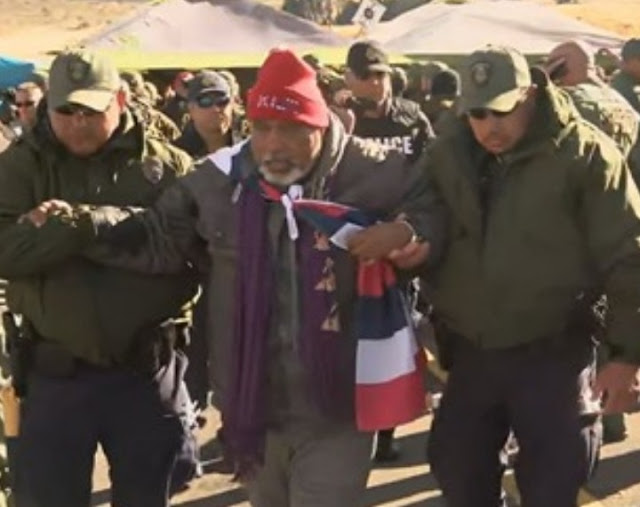 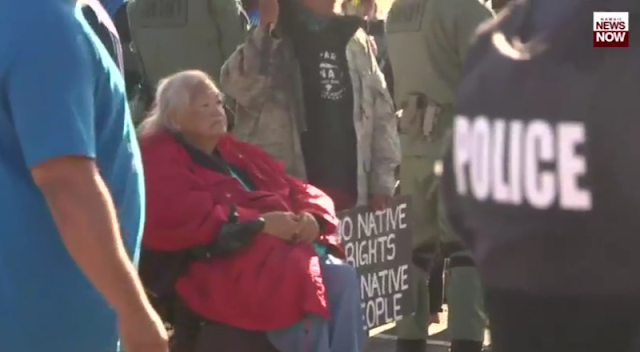 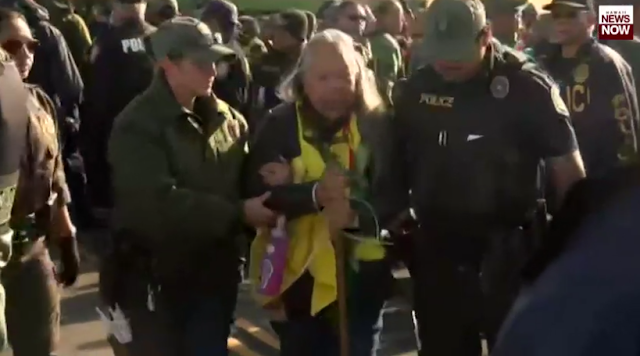 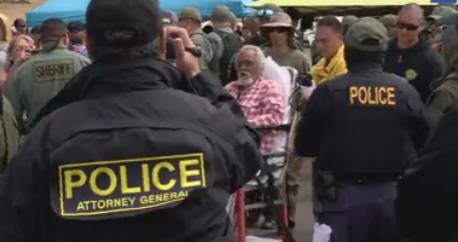 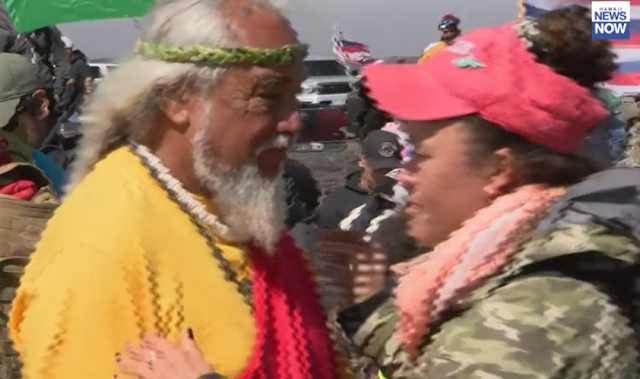 Kupuna elders on the frontline of the road blockade on Mauna Kea were just arrested. Police are putting elders in their wheelchairs in a police van. As they do, others are taking their place on the road barricade, to block construction crews to the telescope observatory.
After arresting Kupuna elders, police said everyone on the road will be arrested, at 11:45 am in Hawaii  (4:45 pm Central time.)
ABC News reports: "Police arrested elderly protesters, some using wheelchairs and canes, as they blocked a road Wednesday to Hawaii's highest peak to try to stop construction of a giant telescope on land some Native Hawaiians consider sacred. Protest leader Kealoha Pisciotta told The Associated Press that hundreds of demonstrators moved aside to allow police to take away about 30 elders, called kupuna in Hawaiian, who were prepared to be arrested. "They're taking our kupuna," Pisciotta said, sobbing. Around her, people sang "Hawaii Aloha."
Ku'uipo Freitas said late Wednesday, "Lā 6: About today... kupuna were arrested and given a citation and were let go. Following the end of DLNR’s tries with the kupuna, new law enforcement came in and guess who held the line down, WAHINE! All est. 90 of us locking arms for what felt like 2.5 hours. Police lined both sides of the road as we held steady. They even switched out shifts while we stood the whole time. It ain’t over. This is just the beginning. While the live-streams went on, outer islands shutdown highways, and airports at the same time, sending a damn message to the government. We ain’t letting TMT be built on Maunakea."

The Office of Hawaiian Affairs released a statement regarding the arrest of kūpuna on Maunakea.
"Uē ka lani, naue ka honua: The heavens weep, the ground shakes.
The Native Hawaiian community weeps today. To see some of our most respected kūpuna, advocates and ʻohana get arrested for voicing the same concerns our community has expressed for decades over the state’s mismanagement of Maunakea brings a kaumaha to our hearts that is unbearable. Regardless of your position on TMT, we must all agree with Gov. Ige’s 2015 statement that the state has “failed” Maunakea.
OHA will continue to proceed with our lawsuit against the state and UH for their mismanagement of Maunakea. We continue to call for the state and UH to be held accountable as fiduciaries for our trust resources, and we demand that a new management structure is immediately installed for Maunakea." 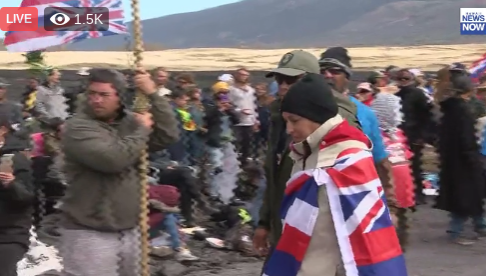 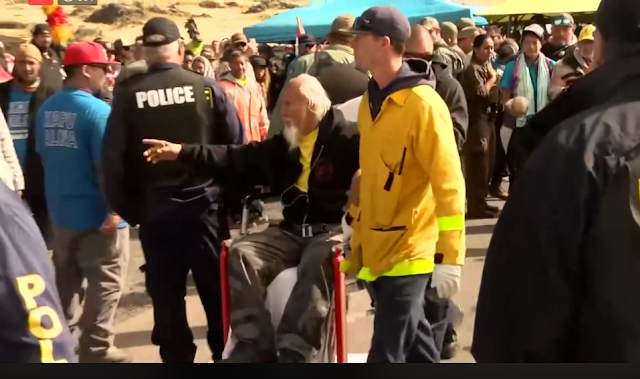 Photos Road Barricade below on Monday 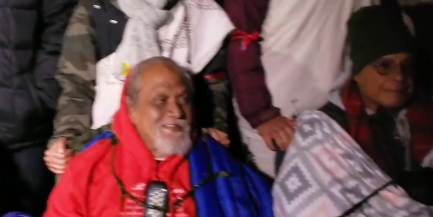 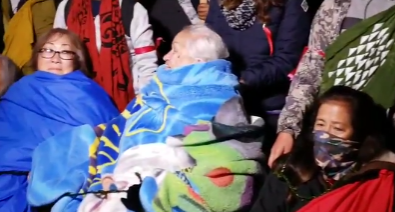 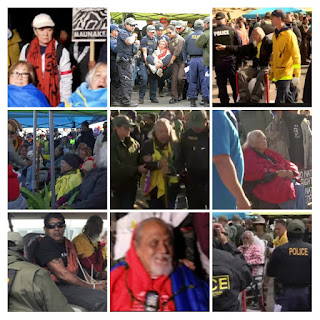 Stand strong, my prayers are with you. Minnesota

Once again the Natives of this country are being stripped of their sacred heritage, the Natives have proved to be good stewards of the lands of this great nation. Our government has not, I stand with the Natives North, South East And West of our great nation.

Many thanks to those that sacrifice their time, energy, and even their freedom with the goal of protecting our planet. Whatever the outcome, your actions are appreciated.