Rights of Nature in Ohio: Recognizing the Rights of an Aquifer to Exist and Flourish 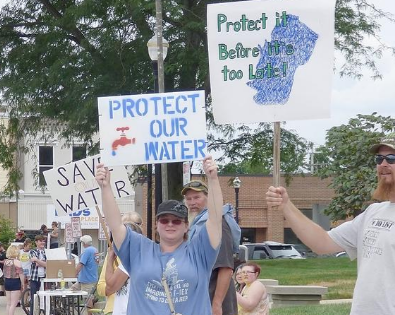 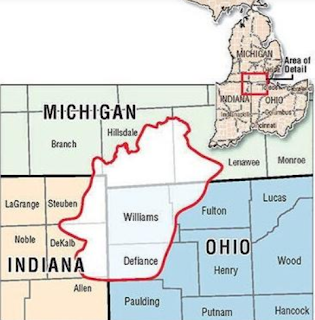 BRYAN, OH: On Monday, the Williams County Board of Elections (BOE) attempted to block a proposed county charter initiative brought forward by residents seeking to protect the Michindoh Aquifer from privatization. The initiative recognizes the rights of the aquifer to exist and flourish. The BOE was responsible for verifying signatures and forwarding the initiative to county commissioners. Instead, they determined the initiative was unconstitutional. Petitioners gathered 2,077 valid signatures, well more than the required 1,364.

Williams County residents are threatened by the private company Artesian of Pioneer’s (AOP) proposed withdrawal and sale of millions of gallons of water daily, to outside municipalities and whoever else might want to purchase it. The Michindoh Aquifer spans nine counties across Michigan, Indiana, and Ohio. It is Williams County’s only drinking water source. AOP is owned by a local mayor.

The BOE’s action is part of increasing attempts to quash Rights of Nature laws that are gaining momentum across Ohio and other states. Most recently, Toledo residents adopted the Lake Erie Bill of Rights in an effort to protect the Great Lake from pollution. An agribusiness corporation, backed by the Ohio Farm Bureau, and joined by the State of Ohio immediately filed suit to overturn LEBOR. That case is ongoing.

Sherry Fleming of Williams County Alliance (WCA), the local group behind the initiative, stated, “The BOE is responsible for certifying the signatures – not acting as judge to determine the constitutionality of a charter that has not even been enacted. This is beyond their authority. We, the people of Williams County are concerned about protecting our future – our land, water and community. This collusion between the BOE, corporations and our own purported government is clear, but it is not just, and we will not allow our essential drinking water to be privatized for profit.”

The Community Environmental Legal Defense Fund (CELDF) assisted WCA in drafting the charter. CELDF Ohio organizer Tish O’Dell stated, “The BOE chose to act outside their duties to prevent the initiative from going to the people for a vote. Stripping democratic rights is a dangerous trend we see across the state and the country. The people of Williams County will not give up so easily as our governing system tries to stop them from protecting themselves.”

CELDF filed a federal civil rights lawsuit last winter on behalf of seven Ohio communities who have been blocked from the ballot despite successfully qualifying similar initiatives.

The Williams County residents have requested the BOE initiate a lawsuit in the court of common pleas. The court must rule prior to 4:00 PM next Wednesday in order to give the county commissioners time to meet their required deadline per the Ohio Revised Code.