Apache Naelyn Pike Standing Strong for Native Youths in Washington: 'We will not be silenced' 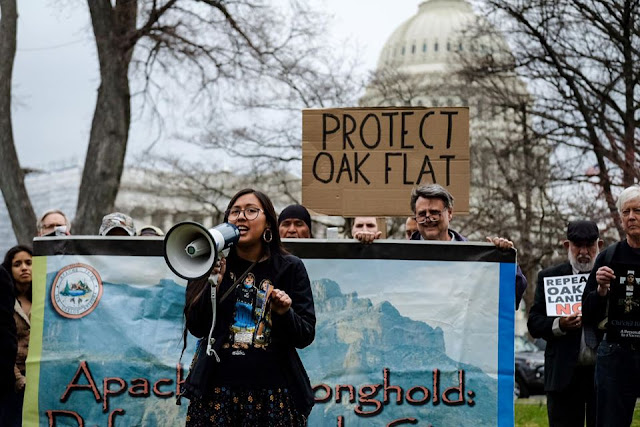 Apache Naelyn Pike Standing Strong for Native Youths in Washington: 'We will not be silenced'

WASHINGTON -- Apache Naelyn Pike of the Apache Stronghold testified during a Congressional hearing to Save Oak Flat, sounding out a loud message that Apaches will not be silenced and the youths will fight for their future.

“I am proud to be a member of the Apache Stronghold," Pike testified on Thursday. "Through massacre, forced removal from the land, and sending children to far-off boarding schools, the United States has tried to stifle Native voices and suppress our culture. I am here today to say that the next generation will not be silenced. Native youth understand that it is now our responsibility to stand together proudly and ensure our culture is protected for our children and our children's children."

Pike said Apache ceremonies are carried out at sacred land at Oak Flat. This sacred place would be destroyed by the proposed Resolution Copper Mine, as the result of the United States' back door deal. 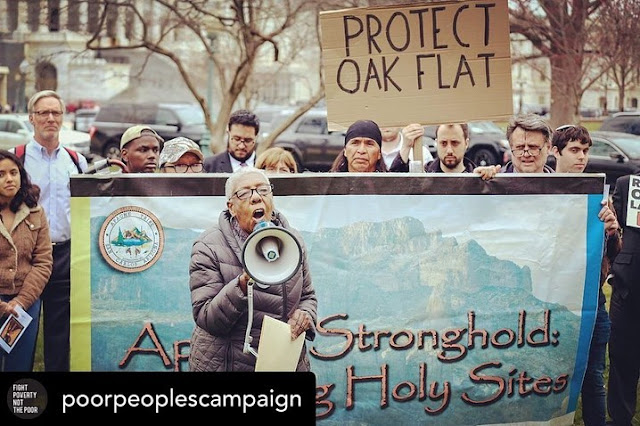 WASHINGTON -- Apaches testified before a Congressional committee and rallied with the Poor Peoples Campaign this week in Washington, as they struggle to save Oak Flat from the destruction of the proposed Resolution copper mine.

Apache Wendsler Nosie said, "Our connections to the Oak Flat area are central to who we are as Apache people. Numerous people speak of buried family members. Most of them include childhood memories."

"Everyone speaks to the deep spiritual and religious connection that Apaches have to the land, water, plants and animals that would be permanently destroyed by this proposed action. The destruction to our lands and our sacred sites has occurred consistently over the past century in direct violation of treaty promises and the trust obligation owed to Indian tribes."

Nosie testified on the devastating consequences that a copper mine would mean for the Apache people and their sacred place, reminding the committee of how the land was seized. 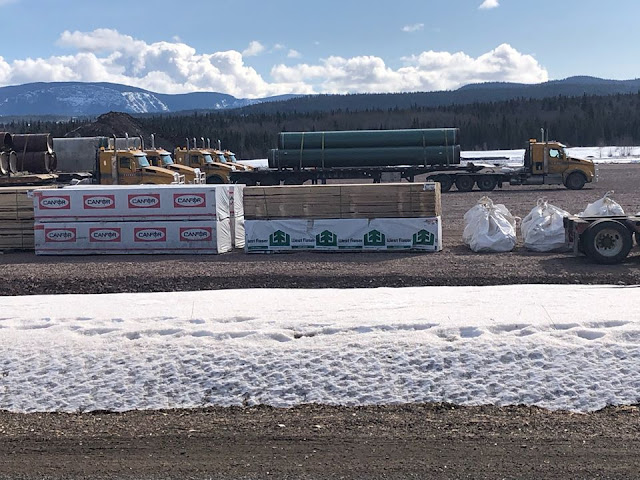 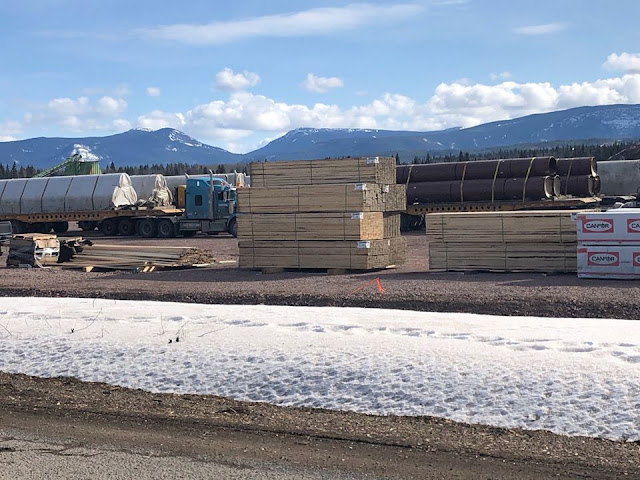 NO PIPELINES! CALL TO ACTION!

Under 'Anuc Niwh'it'en, all five clans of the Wet'suwet'en have unanimously opposed all pipeline proposals. Yet, there it is - 48” pipe invading our territories.

Coastal GasLink has been escorted in by BC RCMP every day to destroy our unceded territories. The necessary permits have NOT been approved. Our matriarchs were removed at gunpoint to make way for industry to bring in these pipes. This is a blatant act of genocide.

Our tradition is to conduct ourselves with absolute respect -wiggus- while business is being conducted. The Hereditary chiefs have been doing just that. These violations make it clear that Justin Trudeau and John Horgan have ZERO intention of doing the same.

When we protect our land, militarized forces are brought in and guns are pointed at us. There is little to no communication, and we have seen the campaign of misinformation being released by the oil and gas industry and corrupt politicians to confuse the public.

We ask you to take ACTION in solidarity with us!

As we resist further destruction, the world is launching full speed ahead into a Climate Crisis. We ask our supporters around the world for your continued solidarity against the human rights violations occurring, and the corrupt system pitting people against each other.

We will not be divided and conquered. #TogetherWeAreStronger #WetsuwetenStrong