This generation's failure to defend the lands is the excavator with a rock drill on it, that arrived yesterday and parked at the end of our community road.
From time immemorial our ancestors' defense of the lands was from the missionaries human limb takers, from conquistadors looking for gold and miners looking for silver and manifest destiny.
We have survived to tell the stories.
This will be a documentation and witnessing of this generation of compromising, non-compliant, two-faced tribal greedy politicians, and the manipulation of the deceitful united states government border patrol personnel and an idiot commander in chief.
Our sacred mountain will be under attack.
The people will never again see the undisturbed lands of the O'odham as these towers will be erected.
The lands are already under unstoppable destruction of unauthorized roads over burial places and culturally significant places, looting of our ancestral belongings called artifacts, and the at-will scraping of hilltops to erect portable surveillance towers.
The countless vehicles are traversing the most pristine areas of our lands.
There is the altering of animal and plant habitats altering the O'odham lands and inherit cultural practices.
I ask the politicians that do not live in our community, or on the reservation, to come and acknowledge the sacred mountain who is the sacrifice.
Sing his song and give him cornmeal, as this mountain has stood for generations of time when people gave it respect and lived in harmony with it -- as he sheltered the newborn deer and gave countless organ pipe cactus fruit for the community and all the saguaro cactus that bear fruit for the animals and people and medicinal plants.
The lives of all O'odham are altered.
The people have endured this demeaning system of oppression.
The Dalai Lama said, "Go to Lhasa and investigate for yourself if the Tibetan people are happy under china authority that restricts Tibetan cultural practices."
When young people are taking their lives out of hopelessness and alcoholism and drug use, and there are all the abuses, sexual and domestic violence, this is the evidence of a broken O'odham society.
I know only to be O'odham. I can not embrace a foreign culture and foreign norms not of my ancestors.
All the strength and wisdom is who we are as O'odham.
When our world comes under attack the warriors only need a signal.
They are there willing to stand firm.
Here I stand.

Read more on the Israeli spy towers being built on the Tohono O'odham Nation at Censored News:
https://bsnorrell.blogspot.com/2020/04/us-border-patrol-agents-ignore-lock.html

Copyright Ofelia Rivas, Censored News, may not be used without permission.
at April 21, 2020 No comments:

Navajo coronavirus cases surge, with 1,321 cases and 45 deaths, with mask order in place 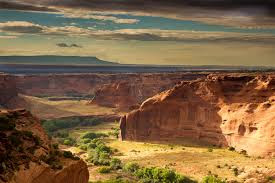 124 new COVID-19 cases since Saturday, 4,579 negative results reported
Navajo Nation President Jonathan Nez and Vice President Myron Lizer
Censored News
WINDOW ROCK, Ariz. — The total number of positive tests for COVID-19 has reached 1,321 for the Navajo Nation as of Monday – an increase of 124 positive cases since Saturday, according to the Navajo Department of Health and Navajo Area Indian Health Service, in coordination with the Navajo Epidemiology Center. The overall number of positive cases includes cases on the Navajo Nation and nearby border towns. The report also includes 4,579 total negative test results as of Monday. There is a total of 45 confirmed deaths related to COVID-19 as of Monday.

The 1,321 confirmed positive cases include the following counties:

On Jan. 26, the Nez-Lizer Administration issued its first public warning of the virus and followed up with seven Public Health Emergency Orders that include a Nation-wide shelter-in-place order, limiting mass gatherings, a daily curfew from 8:00 p.m. to 5:00 a.m., 57-hour weekend curfews in April, and most recently requiring everyone to wear protective masks in public to help prevent the spread of COVID-19.

“People have been calling for a complete 24/7 lockdown, but they need to remember that we already have a shelter-in-place order in effect for the entire Navajo Nation that requires everyone to stay home with the exception of essential workers, cases of emergencies, and to get essential items like food and medication. We thank everyone for respecting the stay-at-home order that was recommended by the health care professionals, police officers, and other experts. Unfortunately, we have several Navajo Police Officers who have contracted the virus. They are working hard to protect us, and we don’t have enough police force to be patrolling all of our communities 24/7. The bottom line is that people to hold themselves and others accountable for staying home and stopping the spread of COVID-19,” said President Nez.

The Navajo Police Department reported that 108 citations for curfew violations were issued during the latest 57-hour weekend lockdown from April 17 to April 20. Citations may include up to $1,000 in fines and/or 30 days in jail.

“Let’s keep working together and praying together. Through combined efforts and through our faith, the Navajo people will beat the virus eventually, but it’s been a challenging road so far. Our first responders are out working for us, so let’s stay home for them. Our prayers and our appreciation for our health care workers and everyone on the frontlines is never-ending. Let’s keep the positive momentum going so we can overcome COVID-19 sooner than later,” said Vice President Lizer.

To view the State of the Navajo Nation Address from President Nez and Vice President Lizer, please visit: https://m.youtube.com/watch?v=nQY0p0Gb1S4.


More from Censored News
The Navajo Nation is located in Arizona, New Mexico and Utah: States show new dashboards of cases
New Mexico State reports 17 coronavirus deaths in San Juan County, where Shiprock is located; six deaths in Sandoval County, which includes Jemez, Santa Ana, Cochiti and Santo Domingo Pueblos; five deaths in McKinley County, which includes Gallup, Zuni Pueblo and portions of the Navajo Nation; and 24 deaths in Bernalillo, which includes Albuquerque. https://cvprovider.nmhealth.org/public-dashboard.html
The State of Arizona shows coronavirus cases by zipcode and says it has mapped 90 percent to the person's residence. Currently, Native American Nations are not shown and permission is pending, it says. The massive prison complex is shown between Phoenix and Tucson, where there are a large number of cases. -- https://adhsgis.maps.arcgis.com/apps/opsdashboard/index.html#/84b7f701060641ca8bd9ea0717790906
The State of Utah has labeled its coronavirus dashboard as "Surveillance." https://coronavirus-dashboard.utah.gov/
at April 21, 2020 No comments: