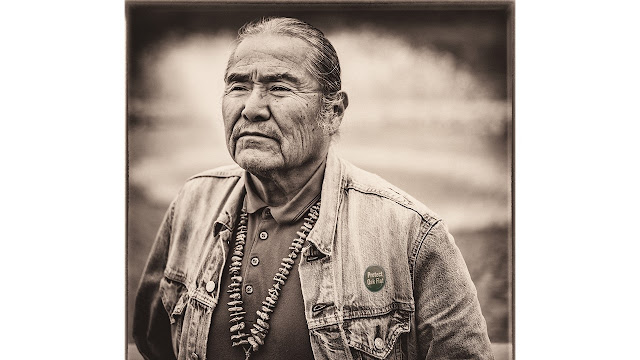 The concerns of the New Mexico Oil and Gas Association, the Independent Petroleum Association of New Mexico, Power the Future, and the Republican Party of New Mexico on the nomination of Deb Haaland to be Secretary of the Interior and the assenting celebration and support for her, are compelling for varied reasons.

These reasons resolve themselves to two primary points of issue. One is the position to continue oil and gas development at current or greater levels and the other is the protection of the environment. There is no arguing the importance of jobs to keep food on the table, to provide revenue to the state coffers, and to keep our schools financed. The bottom-line argument therein, is that oil and gas development must continue, to keep the dollars flowing.

The irrefutable backdrop to energy development is that it is a significant contributor to the climate crisis, particularly the minimally regulated operations. The climate crisis consequences we are witnessing are the extinction of life species and the mass disruption of the balanced order of nature, demonstrated by the wildfires, drought, extreme weather, rising sea levels and unhealthy pollution the world over.

Energy development operators have almost always had their way, either by friendly government sanctions or with its bullying mechanisms or both. The operators have no qualms in their belief that they do right. It is understandable that they feel they are within their rights, after all, they engage the provisos of capitalism. Thus, the operators are ideologically and legally sanctioned to do what they do.

Now, with Deb Haaland’s nomination, there is an outcry of concern from the energy operators and their political allies with an-all-of-a-sudden call for balance. Well, Mr. Energy Developer we concur on the call for balance. We know what it is to demand for balance, justice, and equity.

The energy developer and the earth defenders are divergent on many fronts; one opportunity that could be a path to dialogue is the call for balance. This call could be interpreted as being conciliatory, in the least it is an opportunity to communicate. Albeit the balance called for by the developers is meant in a different context. Even so, the posturing of an all-encompassing balance would be facilitated by objectivity, respect and understanding the other opinion and position.

Because of the seriousness and depth of importance of energy development and preservation of the planet, all issues must be openly considered, including the need for energy, the revenues it generates, management of public lands and the need to stop killing the earth. The ‘fightin’ words’ of Steve Pierce (Chairman, New Mexico Republican Party) that Deb Haaland would “destroy New Mexico’s energy industry” does not help, such words of paranoia are counterproductive and a disservice to the call for balance.

As Indigenous peoples, we will not retreat from our defense of the earth, as her life is our life. We take every opportunity to make that defense; we would be privileged to sit at the table with all concerned for straightforward deliberation on these issues. We could share visions and agree on a path that would address our concerns and corroborate on our hopes for the future of our grandchildren. My discussion herein may be simplistic and perhaps thought to be naïve, but there must be a start point for dialogue.

If there were concurrence on these thoughts, we could be on the threshold of an urgently needed understanding. Should this be possible, then perhaps, Deb Haaland is the bridge to the novel thought that the energy developer and Earth Defenders could sit as equal members of humanity to find balance.