'The Boarding' Zapatistas board The Mountain for Europe 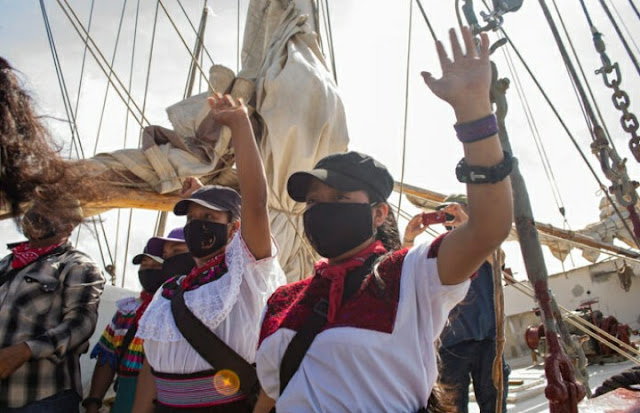 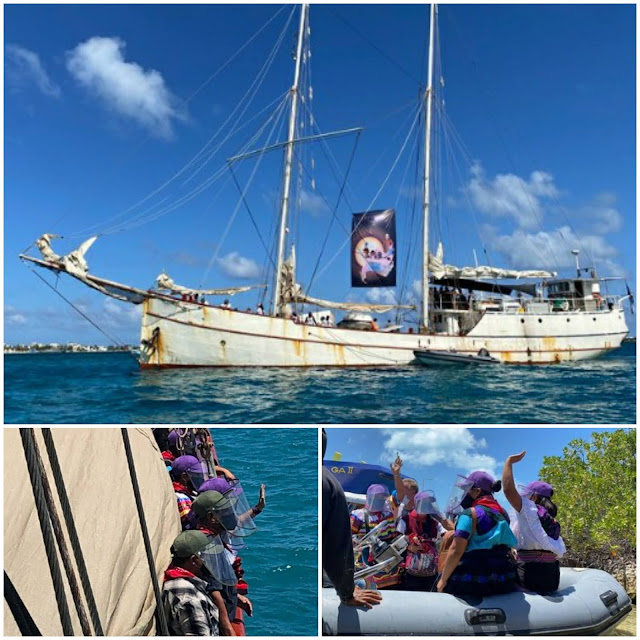 Zapatistas boarded the ship, 'The Mountain,' for the reverse invasion of Europe, to talk and listen in countries throughout the continent, with plans to arrive first in Spain.

From the Cat-Dog Notebook

MNN. 1 MAY 2021. Canadian government spokesperson Mark Hill stated there are “competing factions” at osweken/Six Nations over the encroachment of 1492 Land Back Lane. As a band council chief he works for our enemies to carry out the genocide of those of us who are with the two row and the kaianerekowa/great peace. Our enemies, his bosses, the squatter immigrants, are trying to make a claim to turtle island, which we can never give up, sell or convey. In a power play Hill does not want to undermine Canada’s lack of influence on onkwehonweh people. Haudenosaunee Confederacy Chief’s Council has no authority over the people as they are operating according to foreign Christian ideology, the kariwiio [Handsome  Lake] which is contradictory to nature. The kaianerekowa and the two row are nature’s path.

Read and listen to audio at Mohawk Nation News