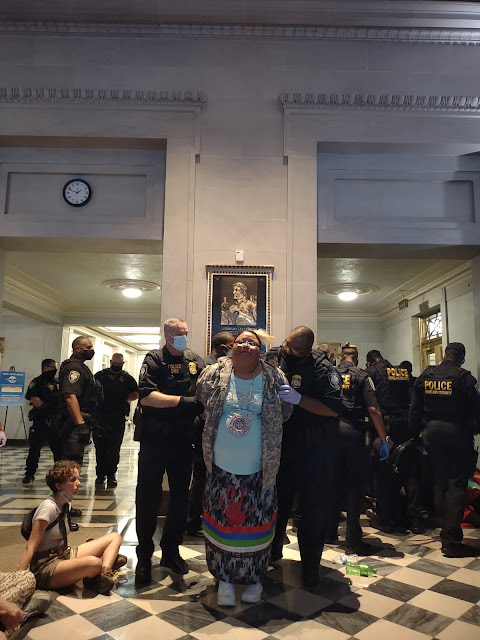 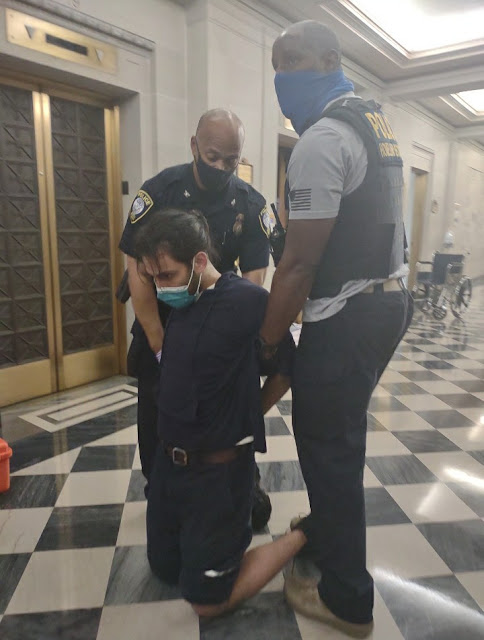 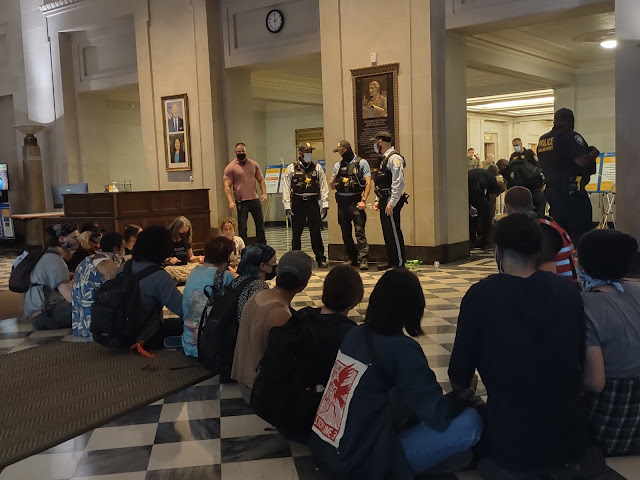 About half of the group occupying the BIA in Washington have been taken out by police. -- Jennifer Falcon on Twitter, 2:15 pm, Thursday, Oct. 14, 2021 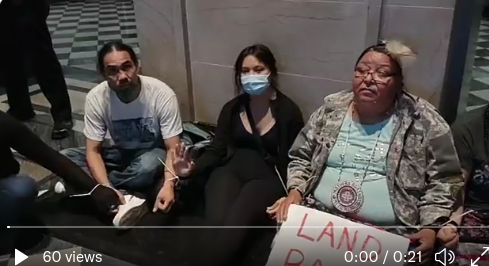 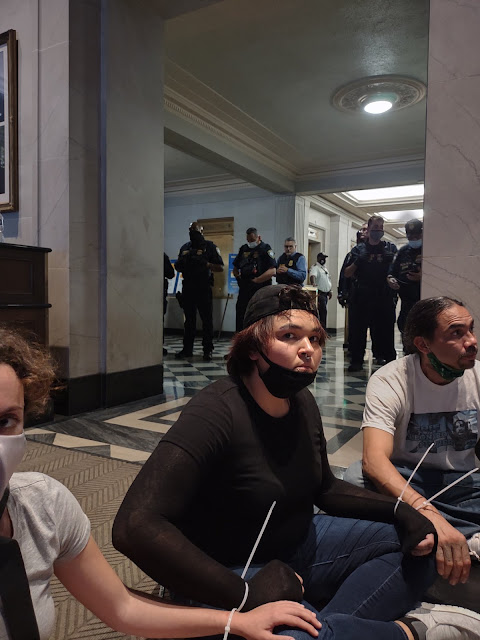 Five minutes ago: Jennifer K. Falcon on Twitter:
"Police have given their first warning inside the Bureau of Indian Affairs as over fifty water protectors have occupied the building demanding JoeBiden take immediate action on climate change and #stopline3" Oct. 14, 1:20 pm in Washington. 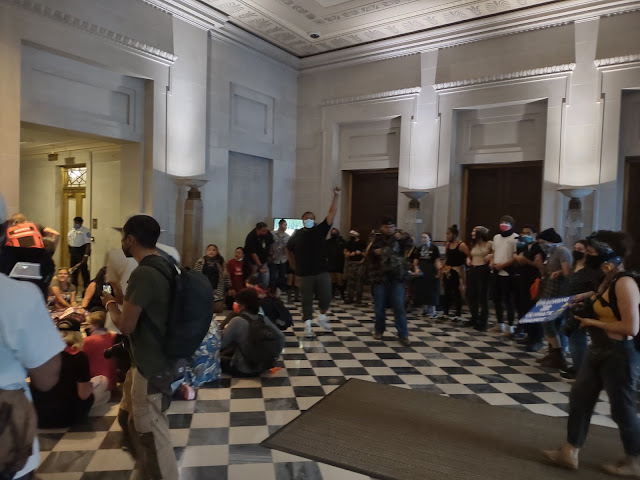 NOW! "More Indigenous leaders and their allies have breached the Bureau of Indian Affairs. There are over 50 people occupying the building now." -- Jennifer Falcon on Twitter, the noon hour in Washington on Thursday, Oct. 14, 2021. 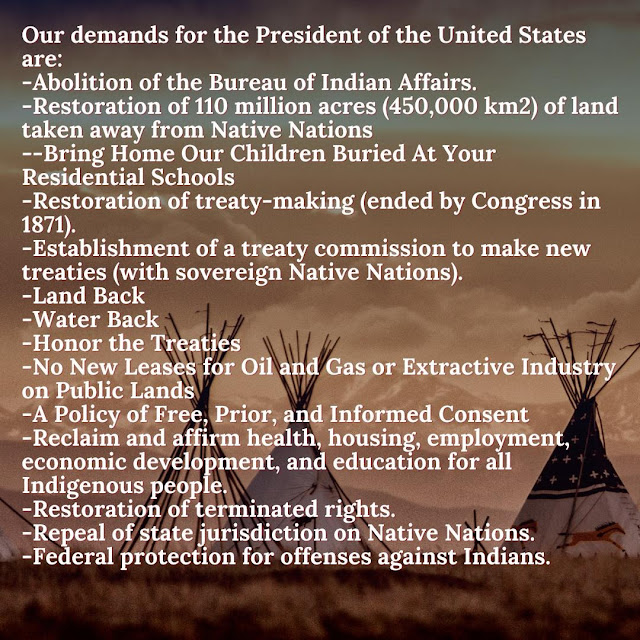 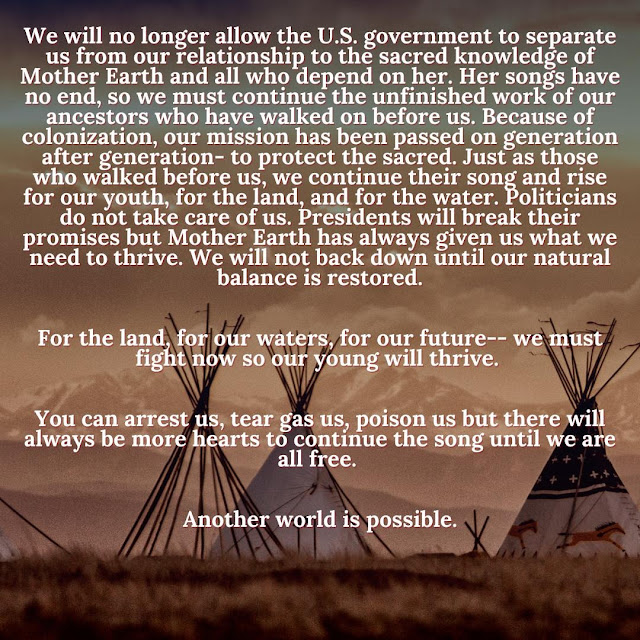 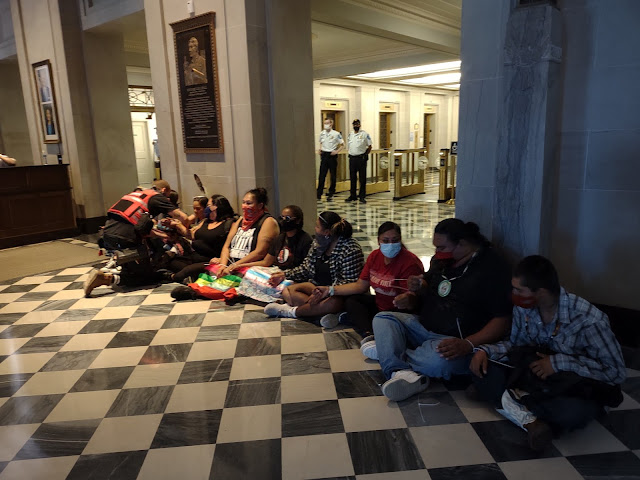 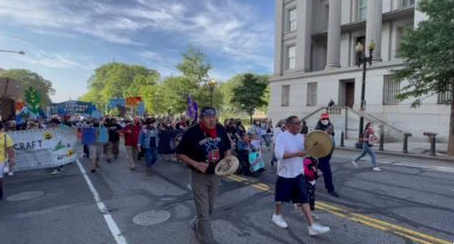