'The World Does Not Hear' by Chili Yazzie 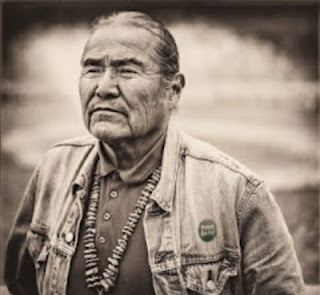 The Coronavirus19 eludes identification and capture. Relentless efforts by science have not found the origin or cause of the virus. This is a telling of the longtime self-imposed limitations by science and western medicine. There may be a not-so-complicated explanation, but one with complex content.

Before the pandemic, humanity was in trouble. The climate crisis was choking life out of the planet, the racial dynamic between a minority of white folks and people of color was ugly. Now, as the world struggles to get past the pandemic, these troubles have gone from critical to imminent danger. The climate crisis is overwhelming, the extractive industry in complicity with most governments obstinately and exponentially continue to do what they do; make more money irrespective of the environmental and human devastation they leave behind.

Across America, the fervor of white supremacy metastasizes, brazenly flying its flag of racism, neo-liberal capitalism, conspiracies, and mean-spirited policy across the country. The coveted united states is uncompromisingly polarized. White folks are imploding their government and society. Some who never imagined themselves to have inclinations of “white is right” find themselves aligned or sympathetic with the agenda and rhetoric of white supremacy. It must be genetic by now; the notion of white superiority is rooted in ancient history.

Even while her skin scorches, the Earth is alive, her spiritual essence continues to pulsate. She may die or she could live; humankind decides her fate. This reality is unfathomable, of zero relevance to the majority of white folks, particularly those of the white supremacy persuasion. They imperil the future of the grandchildren.

The COVID virus is a phenomenon of nature. It is a living organism; it is alive with death.

Any living thing when threatened with injury or death will defend itself. The Earth is fighting for her life, engaging her defenses. The virus appears to be a defense mechanism of the Earth. If that be true, it is commonsensical to think that the severity of the virus will be proportionate to the severity of injury inflicted on the earth and the extremity of injury perpetrated by the inhumanity of hatred.