The freight rail proposal presented in Shiprock on the Navajo Nation, on Tuesday, comes after the atomic bomb industry headed the new energy transition session in Farmington, New Mexico. The United States "clean energy economy" is on track to continue the use of the Four Corners as a sacrifice zone. -- Censored News
Four Corners Freight Rail Study Team Public Info Meeting
By Joseph Hernandez

NAVAJO NATION, SHIPROCK, New Mexico -- First, It was a good turnout in Shiprock and I want to thank everyone who provided public comments at this 3 hour public info meeting to inform the County, State, Federal and even our own Navajo officials that building a Freight rail is not heavily supported from people who live in the path of this proposed heavy load railroad.

For this initial process San Juan County is the lead agency who was awarded a $2 million grant for a feasibility study. In yesterday's presentation there were no Navajo Nation officials to explain the MOU, memorandum of understanding, that was signed in February of 2020 by Navajo Nation President Jonathan Nez, Navajo Nation Vice President Myron Lizer and Navajo Nation Attorney General Doreen N. McPaul. What was mentioned is that this “team” will be looking at designs, railroad alignment and right of way access.
Read more »
at September 14, 2022 No comments: 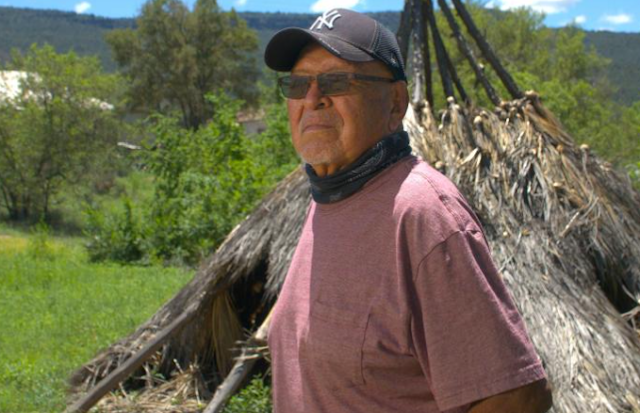 Biden's Justice Department is opposing this friends of the court brief.

It is wrong "to destroy sacred land that made us who we are," states Riley, in the court filing. He is White Mountain's cultural resource director and representative for the Native American Graves Protection and Repatriation Act.

Mohawk Nation News 'Queen is Dead. Pope is Next.'