Dilkon, Arizona (Navajo Nation) -- Diné Citizens Against Ruining Our Environment, a Navajo organization, strongly condemns the Big Business Salt River Project (SRP), Navajo Generating Station (NGS) and Central Arizona Project (CAP) bill portrayed as providing water to the Navajo Nation and Hopi to make life better.
In reality this is a death sentence where the Indigenous Peoples will be forever giving up their water rights to Lower Colorado River.
The bill will “occur if and when the tribes agree to extend the leases and other agreements associated with the Navajo Generating Station.” “It brings us one step closer to addressing the significant water needs of impoverished areas on the Navajo and Hopi reservations, while also providing certainty for non-Indian communities trying to plan for their water future.” Stated Sen. Jon Kyl, R-AZ, when he introduced the settlement Tuesday from the floor of the U.S. Senate.
Translation:  "The 1970s Salt River Project lawyer, Senator Jon Kyl, is still carrying out SRP and CAP’s priorities to take the water rights from aboriginal water owners in northern AZ.  To add insult to injury, not only has the Navajo Tribe suffered from receiving discounted value for water but suffer from consequences of pollution from Navajo Generating Station, who provides power for SRP and ensuring that Navajo Nation provide cheap electricity. A fair value is needed in this deal to not steal Navajo water and condemn the people to poor health from NGS pollution.
The Navajo Nation is already an energy and water colony for Phoenix, Tucson, Las Vegas, and southern California. If passed, signed, and enacted, Kyl bill would guarantee 34,000 plus acre-feet a year to NGS for the proposed extended life of the power plant. It also favors Peabody Coal Company since its Kayenta Mine fuels NGS.
And of course, the Winter's Doctrine water rights of the Navajo Nation and Hopi Tribe would be extinguished.
Diné CARE opposed the Kyle and McCain’s legislation because it has no mercy for the Dine and Hopi people. Instead, it will continue the “improvised state” created by Kyl and his corporate partners on the Navajo people.
“It is important for native communities to unite and oppose this legislation”, said Dine’ CARE president Adella Begaye. “We cannot afford to be idle as our future generations are robbed of their heritage and lifeline.”
In sum, the KYL bill must be KILLED before it KILLS us.
Thursday, February 16, 2012
Contacts: Anna M. Frazier (928) 401-0382 E-mail: frazierannm@gmail.com
Lori Goodman (970) 759-1908 E-mail: kiyaani@frontier.net
at February 16, 2012 No comments: 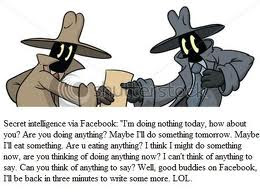 MNN.  FEB. 14, 2012.  This is the culture of the invaders to Great Turtle Island.  Gold has an objective value.  Paper is a mortgage on wealth that does not exist, backed by a gun aimed at us resource owners and the workers.  Checks are made by the looters, soon to bounce.  They run the artificial world corporatocracy.

The looters fear a free society without whips in their hands.  They want jail without trial, slavery, public executions, torture, hostages and deportation.

Their mandate is total surveillance, to crush the opposition, manufacture lies, create ignorance and complete obedience to the state.

Like Indian tribal and band councils on reservations, the administrators tattle on their people and fill their pockets.

To keep the lie ahead of the truth, history is continually revised.  We Indigenous were declared as non-persons who were ‘disappeared’, with no record of our existence.  The biggest holocaust in all humanity was thrown down the memory hole, followed by 500 years of hatred of the survivors.

Raping,looting, killing of children, enslaving populations and abusing prisoners, happened to us and now to others. We still hear the screams and cries of our ancestors.

War is controlled insanity, created contradictions, over produced goods without sharing.  Planned warfare is fighting,bargaining, treachery, bases around the world facing each another and secret friendship pacts.

War creates cheap labor and wealth for a few to wage more wars.  Products are wasted to keep the world hungry, poor, controlled and to protect the hierarchy.

Perverted specialists dream up war scenarios, to kill billions in a second without warning, to produce artificial earthquakes and tidal waves by hitting the earth’s centre. Human life is extinguished by bombs, bigger explosives,impenetrable armor, deadlier gases. Animals and vegetation are destroyed and diseases are created without cures.  Cars are promised that go underground or overhead and the sun’s rays will be controlled.

War is everlasting without victory. War is peace.  Peace is war.

The land is still here.  We are part of it.  We’ve never done harm to creation.  We never fell for the fiction that was created by the invaders.

This destruction will stop.  Those responsible will be brought to justice. All our stolen and desecrated possessions will be returned to us until we feel the debt is paid plus interest.

Bob Dylan said:  “Let me ask you one question.  Is your money that good?  Could it buy you forgiveness?  Do you think that it could?  I think you will find, when your death takes its toll, all the money you made will never buy back your soul.”