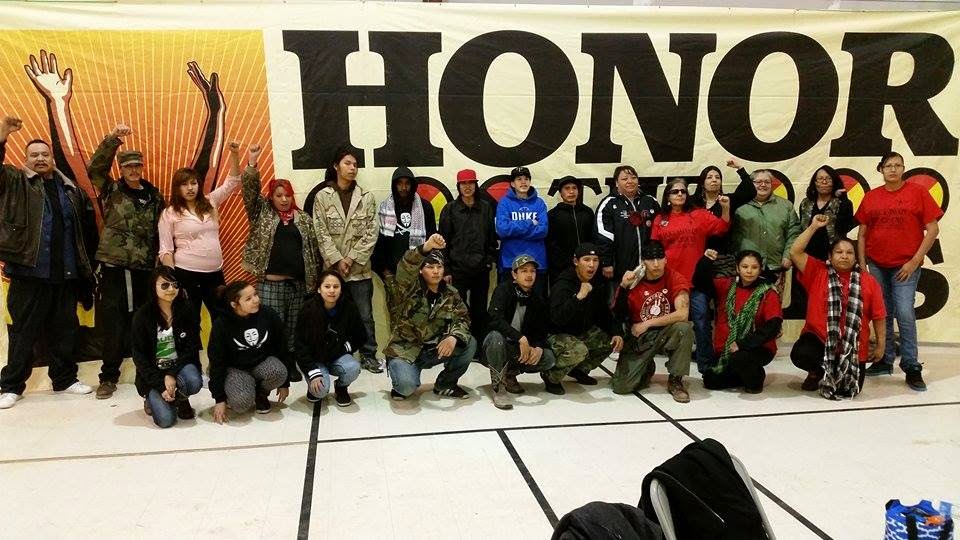 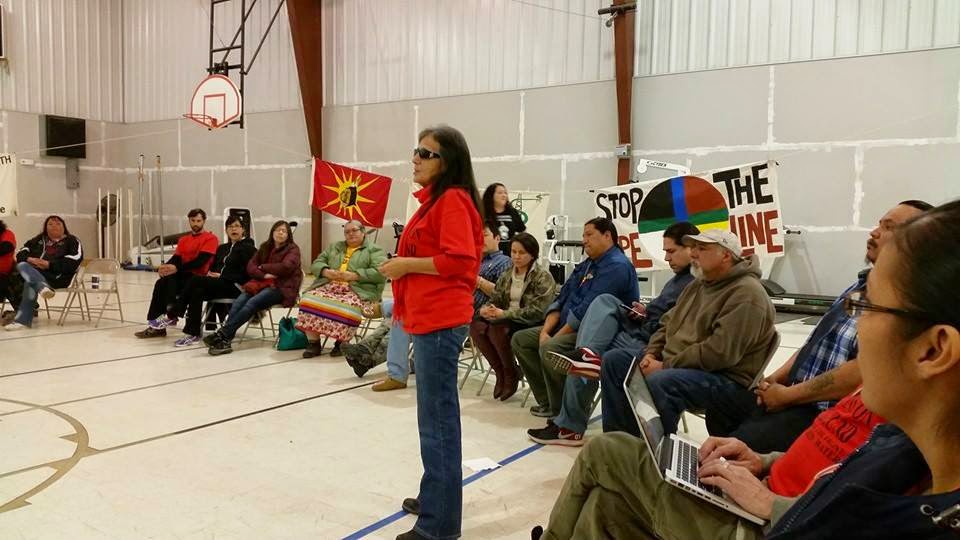 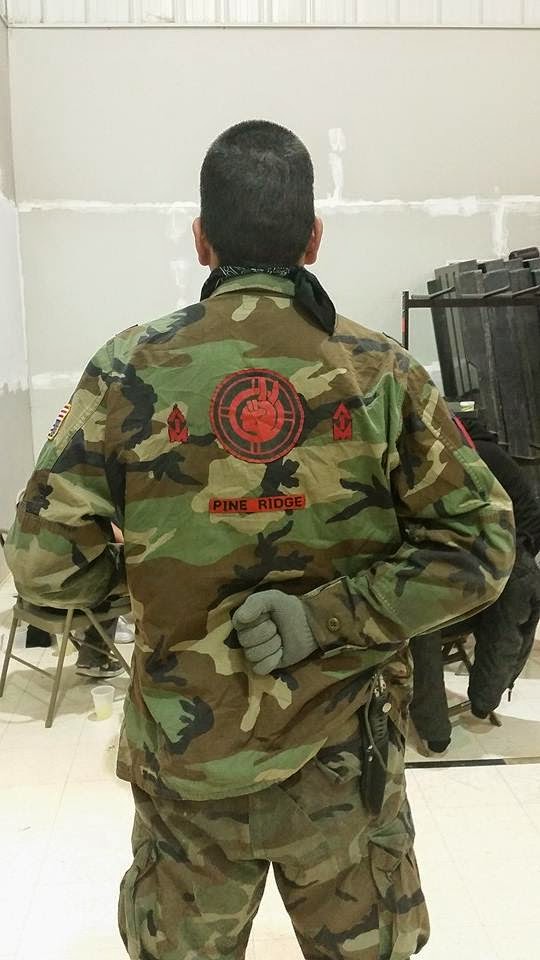 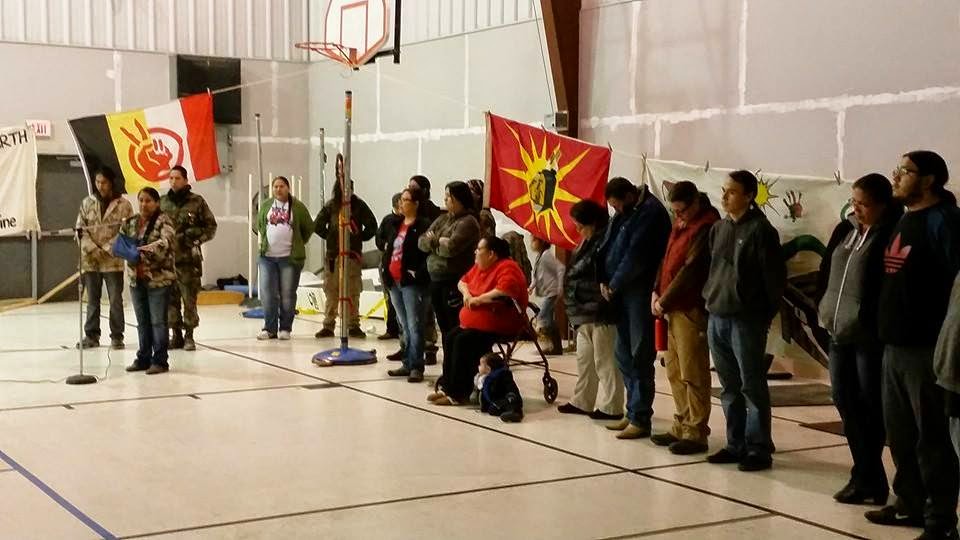 Photos by Natalie Hand
Moccasins on the Ground training at Cheyenne River Lakota land, South Dakota, this weekend. Lakota, Dakota, Cree, and more organizing to fight Keystone XL pipeline!
Natalie, thank you for sharing your photos with Censored News!
at February 22, 2015 No comments: 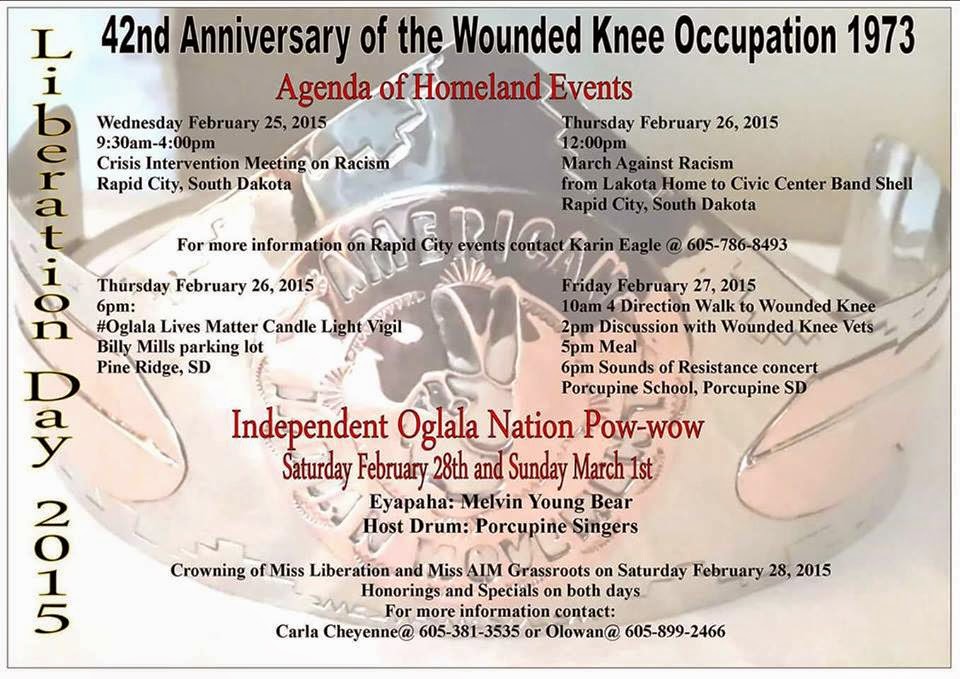 Please post & distribute.
MNN. Feb. 22, 2015. Prime Minister Harper is setting in place the rise of the Fourth Reich here in Canada. Harper is beefing up Canada’s manufacturing sector to make bombs, bullets, tanks and nuclear weapons for his economic miracle. There will be jobs in factories and in security. Those who oppose the corporate business plan will be targeted for internment. Video: CBC Enemies of the State. With the pyramidal structure of control that the money powers seek, each country in the world shall have one person to decide for war or peace, life or death.

Harper: “It’s gonna be an economic miracle! We’ll sell to all sides!”
Hitler’s Enabling Act of 1933 gave him total power. It followed the Reichstag Fire which abolished most civil liberties and transferred state powers to the national Reich government. He turned his government into a de facto legal dictatorship. Harper’s secret police force is the equivalent of the Nazi brown shirts unleashed now upon the Canadian public.
Canada is in the fast lane on the fascist road to tyranny. Under the new anti-terror Act Bill C-51, Harper can pass laws without Parliamentary consent. Parliament is basically eliminated from politics. All parties echo the ruling fascists. They will  continue the illusion of freedom to the people. “Eventually” there will be one party all ruled by the same corporate interests. The Prime Ministers Office PMO has dictatorial powers in the current framework of this monarchical democracy. Just like Hitler, Harper has carefully given his dictatorship the appearance of legality. The anti-terror act is permanent. Every law passed has never been repealed. For the Toronto G20 protesters, an old WW I law was re-enacted to arrest 1,800 innocent citizens, treating them like trash and throwing them into make shift temporary prisons.

It’s to get the kids into the war economy!
People of Canada don’t swear to the constitution because there isn’t one. They elect representatives who take an oath only to the Queen and her CROWN corporations. The PMO has dictatorial control if he has a majority of the seats in Parliament. He will close all loopholes. Regional government will be replaced by one national government.
Read Harper’s favorite book, “Rise & Fall of the 3rd Reich”. William Shirer. Then read what he is doing now in the newer book, “Rise of the 4th Reich”. Jim Marrs.

Another of Harper’s favorite books at Etobikote.
Mother Earth and all her children win when there is no more war.
As Edwin Starr laments:” War, huh, yeah. What is it good for? Absolutely nothing!”