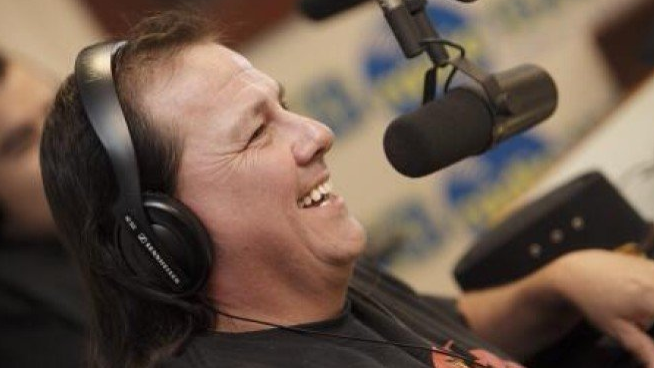 My new show, Let's Talk with John Kane is the return of WBAI's talk-back programming. Join me every Thursday morning from 10 am till noon. Listen on WBAI FM99.5 or streaming on www.wbai.org and participate by phone at 212-209-2900. Let's Talk will feature guests and commentary but most of all, you. We will look at issues from NYC to the New York State, from the regional to the national and, of course, within the shadow of the U.N., we'll definitely hit global issues. Will I talk about Native issues? You bet! But no matter what the topic, I'll offer a Native perspective into the conversation. This two-hour program is your opportunity to join me on air. My new Facebook group page associated with the new show is "Let's Talk with John Kane on WBAI in NYC" join the group at https://www.facebook.com/groups/1602087393359258/. The page lets the conversation continue and provides another way to interact with the show. Comments and posts will be monitored during our live broadcasts and throughout the week. Join the group and add your friends.

JOHN KANE BIOGRAPHY
John Karhiio Kane is a Mohawk from Kahnawake. He lives on the Cattaraugus Territory of the Seneca Nation and has a direct connection to the people and territories of the Six Nations. John has been involved for most of his adult life in Native issues and, specifically, defending Native sovereignty. He was part of the First Nations Dialogue Team in the late 90s and worked extensively with the League of First Nations in battles with New York State over taxation.

John hosts "Let's Talk Native...with John Kane" – now in its fifth year – LTN airs for two hours on ESPN Sports Radio WWKB-AM 1520 in Buffalo, New York. John is just wrapping up a year as the interim host for “First Voices Indigenous Radio” on WBAI-FM (Pacifica) in New York City. That year has earned him a brand new show on WBAI. "Let's Talk with John Kane" is a return to WBAI's talk-back programming. The show airs Thursday mornings from 10 till noon and features guests, commentary and the very interactive New York caller audience. John’s strong voice on Native issues has earned him numerous invitations to appear on “The Capitol Pressroom with Susan Arbetter,” an influential public radio program that broadcasts from the New York State Capitol in Albany and airs in 20 markets throughout the state. Arbetter has also featured John on her television news segments  on “The Capitol Report,”  which air during local news throughout New York. John has appeared on WGRZ Buffalo Channel 2's (NBC) “2 Sides with Kristy Mazurek” — he is called upon as an expert commentator on Native issues. He also has appeared on “Time Warner Cable News,” Time Warner Cable’s 24-hour cable network in Albany and Buffalo, New York  (two of the network’s four regional news channels). In 2013, John was featured in “Shinnecock,” a one-hour documentary produced by Thom Hoffman about the Shinnecock people and their history on Long Island, N.Y.

In June 2013, John provided commentary about the obstacles faced by North American Native peoples on “From Washington,” the global live broadcast from Washington, D.C., of Al-Jazeera International, which has more than 260 million viewers in 130 countries. In November 2013, John and his radio show were featured in an Al-Jazeera Arabic special report that was broadcast to 50 million viewers in the Arab world.

John also has been a regular guest/commentator and guest host on WBAI-FM (Pacifica) in New York City; WPFW-FM, Washington, D.C., KFAI-FM, Minneapolis/St. Paul, Minn.; and KQRS-FM, KXXR-FM and WGVX-FM, Minneapolis. His monthly guest appearances on “The Martha Fast Horse Show” in Minneapolis are also syndicated on KINI-FM, the voice of the Rosebud Lakota in South Dakota. In May 2013 and 2014, he was selected as one of just a few out-of-state radio hosts to be included in KFAI-FM’s special 24 hour-long day of Indigenous programming, “Turtle Island: Voices Rising.” In 2014, John’s strong support of the Hawaiian independence movement has earned him a voice on Hawaiian radio. In July and August 2014, John was featured on “Living Sovereign,” a weekly live talk show hosted by Puanani Rogers on KKCR-FM, community radio in Hanalei/Kilauea on the Island of Kauai.

John and "Let's Talk Native..." have been featured in Buffalo Spree Magazine and the ARTVOICE and have earned mention in the New York Times, The Washington Post and the Wall Street Journal. He participated in the UN's International Day of the World's Indigenous Peoples program on August 9, 2012, in a program titled, "Indigenous Media: Empowering Indigenous Voices.” John's words to the assembly earned three rounds of applause and an unplanned reception line at the close of the program. In June 2013, John was one of just a handful of Native speakers at the 2013 Left Forum “Mobilizing for Ecological/Economic Transformation” Conference at Pace University in New York City. The Left Forum gathering is the largest annual conference of a broad spectrum of left and progressive intellectuals, activists, academics, organizations and the interested public. In January 2014, John was a featured speaker at “Who Decides You’re Real? Fixing the Federal Recognition Process” sponsored by the Sandra Day O’Connor School of Law’s Indian Legal Clinic at Arizona State University/Tempe. In early 2014, John received a Community Leader Media Award from the National Federation for Just Communities of Western New York. He is a member of the Native American Journalists Association (NAJA).

John has been a contributing columnist for “The Two Row Times,” a weekly news publication that reaches the Ontario-wide Native market and Haudenosaunee communities in the U.S. His columns and other writings are featured in Censored News, a collective of Indigenous and other grassroots writers focused on human rights and the protection of Mother Earth. John also writes the Native Pride blog, which can be found at  HYPERLINK "http://www.letstalknativepride.blogspot.com" www.letstalknativepride.blogspot.com. His radio shows and appearances are posted on the blog with articles, quotes and links. His blog has readers in 20 countries. John has a page on the  ESPN website at  HYPERLINK "http://www.espn1520.com/pages/17325417.php" http://www.espn1520.com/pages/17325417.php and a "Let's Talk Native...with John Kane" group page on Facebook. His work is also included in the Native Nations Institute’s (University of Arizona) “Indigenous Governance Database.”

John takes pride in tackling the tough issues that face Native people and refuses to participate in the "buffalo speeches" that continue to dumb down Native culture and beliefs. He is not afraid to be labeled a warrior but prefers to be considered a conversationalist and a teacher.

John’s wife of 32 years is Oneida and they have three Oneida children; all are married with children of their own (he has 6 grandchildren with a set of twin boys on the way).

What is the name of the closing "New York" song on your WBAI Talk Back show and who is it performed by?