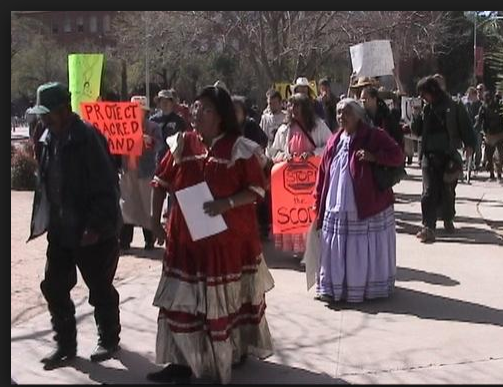 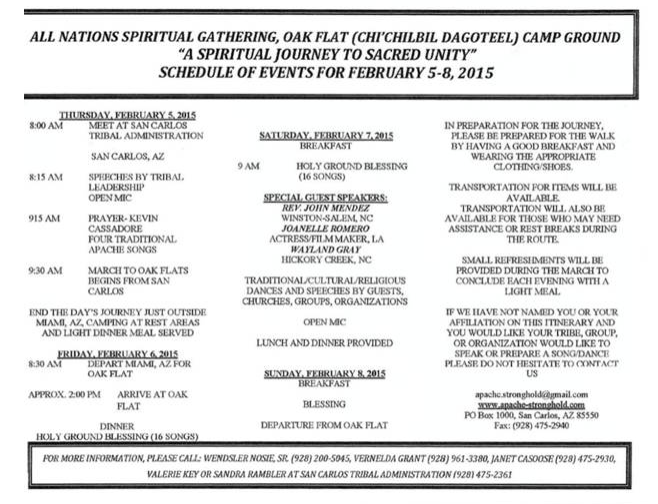 In Solidarity with the call by the Apache Nation to stand in defense of the Sacred Oak Flat, a PROTEST ar Senator John McCain's office in Phoenix is being organized for Friday February 6 from 11:00 AM to 1:00 PM.

In an underhanded land swap package of un-reviewed legislation which was snuck into the recently passed Defense Authorization bill by Senator John McCain, the Resolution Copper Mining Corporation is about to violate a sacred site of the Apache Peoples, in violation of the Right of Free, Prior and Informed Consent and in blatant disregard for thePUBLIC RIGHT TO KNOW regarding legislation being adopted by the US Congress in our name.

Human Rights Violations
are the bread and butter of a corporate system that has a mission to find wealth for its investors. These corporations are "Resource raiders". They have a public mission statement, that stater their chartered puropse.
To them, Natural resource means anything they can find to create a profit. To this end, they find Humans useful as a resource as well.
They were declared equal to humans, except they do not share full liability, as real people must. They also do not pay taxes, claiming that they are the economy and the providers of jobs. In tis, they are partners with government , which is also a limited liability entity. Thi explains, why they together are better at protecting Corporate Interests than Human Rights.