Shared with permission at Censored News 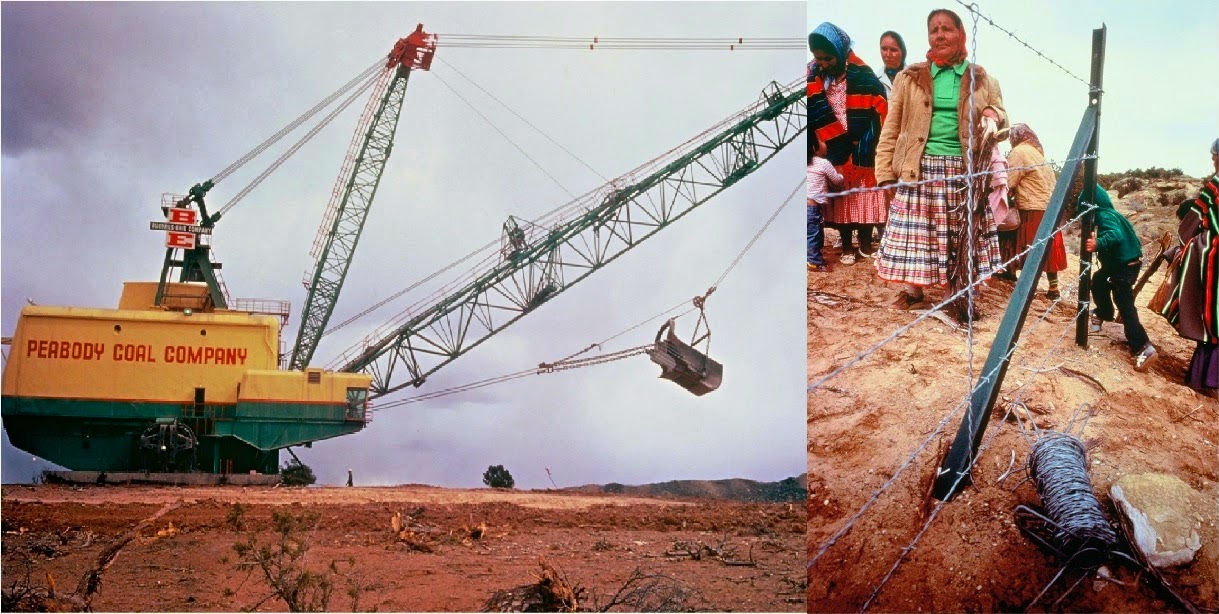 Big Mountain, Dinehtah (Navajo Lands) – In this remote high desert which is mostly covered with juniper and pinon pine forest in northeastern Arizona lays a region known as Black Mesa. The region was once so pristine but in the 1960s, Peabody Energy acquired leases to begin mining, building highways and massive industrial infrastructures, and extracting an ancient aquifer. Dineh (means The Peoples) who inhabited the region and who kept an ancient form of eco-conscious practices were now confronted with destructive and political upheavals. Traditional and non-English speaking Dineh were soon notified that “a Law” was made that will divide these territories and one half of it will go to Dineh’s close neighbor, the Hopis. Immediate concern and oppositions grew among Dineh and traditional Hopis, but this also exposed that major utility companies who served sprawling southwest cities were behind the lobbying and financial power that boost the U. S. Congress’s passage of the “Navajo-Hopi Land Settlement Act of 1974.”
Read article at Sheep Dog Nation Rocks
http://sheepdognationrocks.blogspot.com/2015/02/the-big-mountain-dineh-resistance-still_38.html

Sheep Dog Nation Rocks publisher Bahe Katenay shared this article. It is written by an African American supporter of Dineh resisting relocation. The supporter, Ron Lester Whyte, spent much of this time with the late, Ida Mae Clinton. Ida was one of the key resistance leaders. She was from Star Mountain, southeast of the Hopi Mesas.

February 5, 2015 -  The first thing I must acknowledge is that, though I will do my best, my words could never do Ida Mae Clinton or her struggle, justice. There is no way to adequately describe her strength, her resolve, or the depth of the spiritual relationship she had with the land that sustained not only her, but countless generations before her. Ida was what in a sane world would be considered a “national treasure,” yet her passing and the passing of others like her [5 elder resisters in 2014] have taken place with barely a whisper, barely a mention.
First and foremost, Ida was an activist fighting to save her way of life from the forces of colonialism. During the 1980s Ida and other elders on Black Mesa took their activism to another level and opened up their homes to “supporters” who came from all over the world to see firsthand what was happening.

Thank you Bahe for sharing Sheep Dog Nation Rocks with Censored News!
at February 27, 2015 No comments: