Aloha mai kākou,
Sacred Mauna Kea Hui would like to respond to the T​MT’s press release sent to local news media earlier tonight, June 20th 2015:
"SMKH reaffirms strongly, proudly and with all aloha our commitment to reinforce the blockade and continue to pursue legal routes while being forced to protect the Mauna with our bodies.
SMKH strongly feels that many laws have been circumvented that make UH, DLNR, the State of Hawaii and the TMT project disparagingly liable for breach of law and legal processes and with the Supreme Court case confirmed that it would be illegal, immoral and unethical for the TMT project and its supports to disallow the full and entire process of law to run its course regardless of the Governor's relinquishing of responsibility in giving the ok for the TMT project to move forward.
We implore the Governor, UH, DLNR, the State of Hawaii and the TMT project to rescind its intention to continue desecration and violation of the mandate to steward the endangered species environment that is our Mountain's summit and reaffirm that all these entities are subject to all responsibility for the well­being of the Mauna and protectors being forced by the Governor, UH, DLNR, the State of Hawaii and the TMT project to put body, freedom and life in jeopardy in order to facilitate the just process of law that is still in motion and should be respected.
SMKH reaffirms its commitment to continue to call on its world wide and local support for all protection efforts of the Mauna including continuing to put our bodies between the desecration of construction and our sacred Mauna and endangered species environment so poorly managed and neglected in regards to legal mandates set in place currently
meant to protect the conservation district and cultural resources that are the Piko, or sacred summit of our First born elder Mauna Kea."
Kamahana Kealoha Head Facilitator Sacred Mauna Kea Hui
We continue to agree with the Governor’s criticism on the mismanagement of Mauna Kea. Sacred Mauna Kea Hui’s opinion, however, on the TMT project remains in regards to the TMT project’s intent to continue regardless of the fact that there is a pending Supreme Court case confirmation to review this matter.
From G​overnor David Ige’s press conference:​ 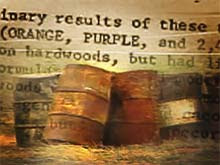