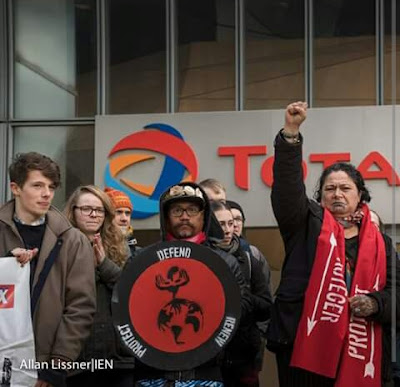 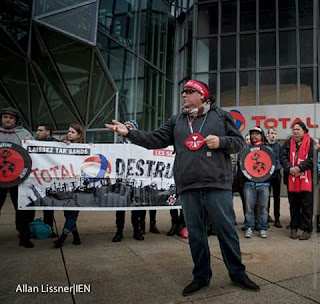 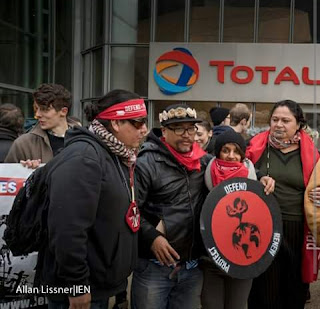 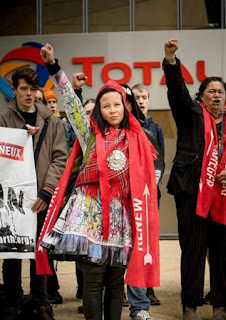 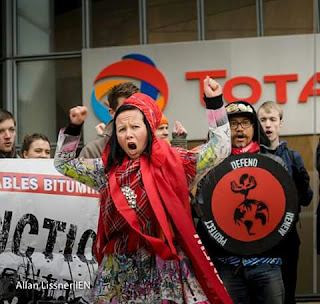 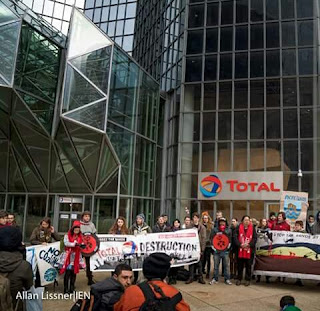 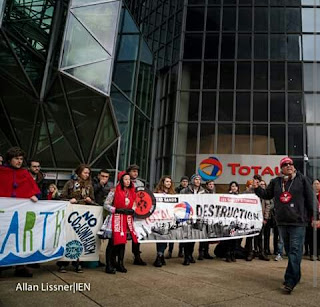 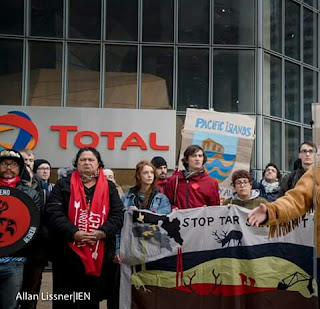 
Total oil company in France is a major owner of the dirty crude oil operations of the tar sands, in Alberta, Canada, poisoning Cree and the natural world.

Thursday, December 10th 2015
By Indigenous Rising
EU – Suzanne Dhaliwal – suzanne@no-tar-sands.org +447772694327
Canada – Clayton Thomas Muller – clayton@350.org, +16132977515
Paris, La Defence, Total International HQ.
Over a hundred people from indigenous communities across the globe and the climate movement from Europe gathered for a peaceful protest outside the headquarters of energy corporation Total. The Canadian government’s on-going commitment to tar sands expansion is incompatible with Prime Minister Trudeau’s promise at the Paris Climate talks to restrict planetary warming to just 1.5 Celsius warming. The extraction of highly polluting tar sands on indigenous lands continue to expand at a rapid rate. With only one day of negotiations remaining, Indigenous Rights continue to be on the chopping block of the Paris Climate Accord.
Despite the state of emergency since the November 13th Paris attacks, the protest went ahead with Indigenous Peoples delivering testimonies from the Alberta Tar Sands, Arctic and South Pacific.
“Indigenous Rights cannot coexist with tar sands exploitation. Colonialism in its current manifestation has Indigenous communities being held as economic hostages by Canada and multinational fossil fuel corporations like Total. Dependence on the fossil fuel economy needs to be replaced with local, sustainable economic opportunities in Indigenous communities if Indigenous Rights are to be realised and protected,” Daniel T’seleie, Dene community member.
“We are seeing the climate negotiations in Paris being derailed by the agenda of energy corporations that want to continue to extract highly polluting fossil fuels from the lands of Indigenous communities.  Despite that, we are seeing catastrophic impacts on the climate and communities,” said Suzanne Dhaliwal, director of the UK Tar Sands Network. “We are seeing the drastic increase of tar sands imports into the EU with 71  new refineries planned to open in 2016. This makes no sense for the economy, communities or the climate.  People in Europe will continue to stand with frontline communities whatever the outcome of COP21 to stop the expansion of tar sands to global markets.
www.indigenousrising.org
www.no-tar-sands.org 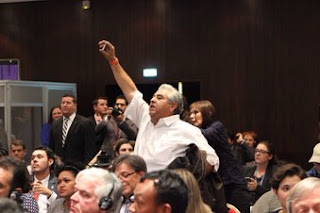 At the end of his keynote address at the World Climate Summit in Paris on Tuesday, December 8, Indigenous leaders heckled Governor Jerry Brown, challenging him on his support of controversial carbon trading polices that represent "a new form of colonialism" that could potentially cause genocide.

Brown had  just finished his brief remarks when  Penny Opal Plant of Idle No More stood up and shouted, "Richmond, California says no to REDD and no to evacuating indigenous people from their forests. NO REDD!" Indigenous leaders and environmental activists in the room around her joined her in yelling, "NO REDD!" 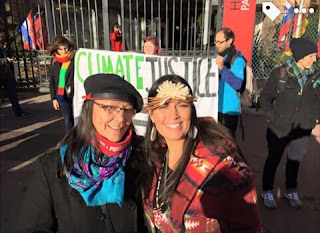 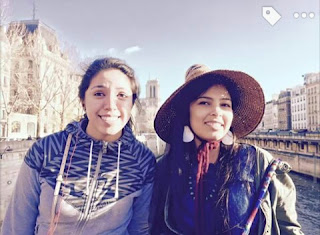 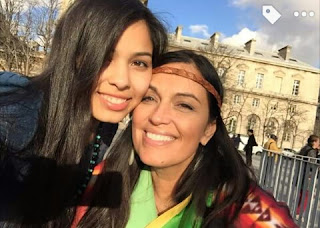 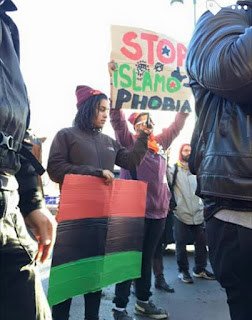 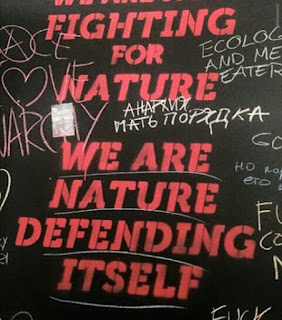 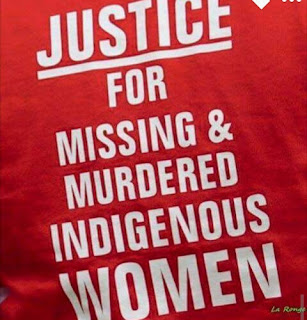 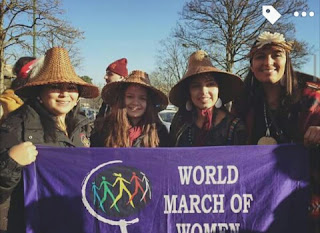 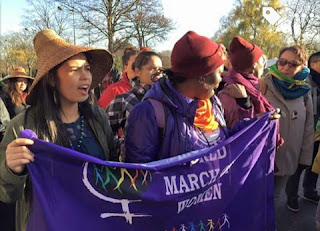 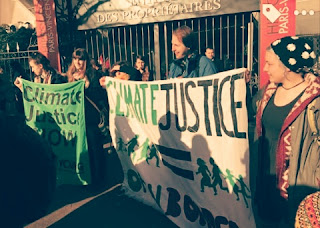 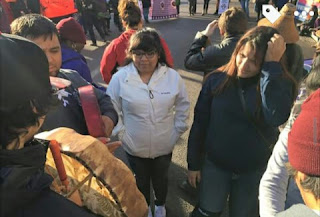 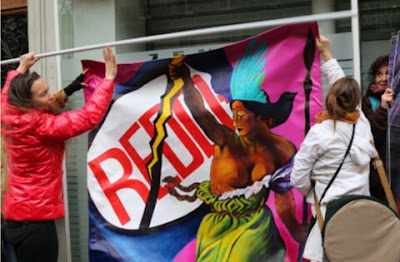 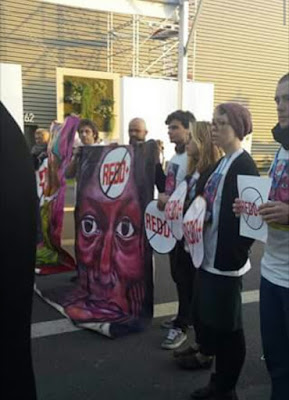 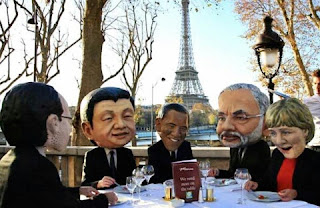