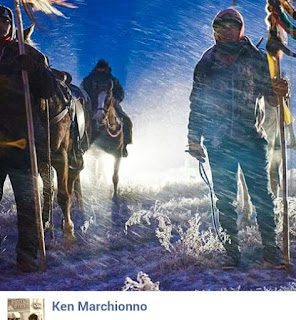 The Oomaka Tokatakiya is a nearly 300-mile memorial horseback ride across South Dakota in the United States.  The ride starts on December 15th, at the site where the Lakota Indian Chief Sitting Bull was killed, and traces the trail taken by some of his tribe to join Chief Big Foot. It goes on to follow Big Foot's effort to reach Chief Red Cloud in Pine Ridge.  And ends on the December 29th at the site where the Wounded Knee Massacre took hundreds of truly innocent lives in 1890. One hundred years after the massacre, the Lakota performed a Wiping of the Tears Ceremony to signal the end of mourning. And in 1990, after tracing the trail for four years, the ride was meant to end.
Read more at Ken Marchionno's 300 Mile, Future Generations Ride, website:
http://300-miles.org/OT/index.html

Thank you Ken for sharing with Censored News.
at December 15, 2015 No comments:

Stop the Klamath Agreements, Save our Wild Salmon


Stop the Klamath Agreements, Save our Wild Salmon


Will Senator Greg Walden attempt to slam through fraudulent legislation for the smoke and mirror Klamath agreement? 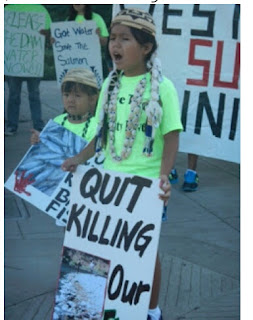 December 15. 2015 (Upper Klamath Basin, Oregon)
The infamous Klamath water Agreements appear to be on their final days. Rumor has it that Tuesday December 15th Senator Greg Walden will attempt to slam through fraudulent legislation for the smoke and mirror Klamath agreement. But there's a catch. The bill as it stands today will no longer include the language for dam removal, which has been a primary bargained for benefit to signatory tribes to improve historic Klamath River wild salmon runs that have been irreversibly damaged by settler occupancy.

California's Hoopa Valley Tribe was part of initial Klamath Agreement talks but refused to support the accord on the grounds that it didn't guarantee sufficient flows for struggling Coho and Chinook salmon populations.