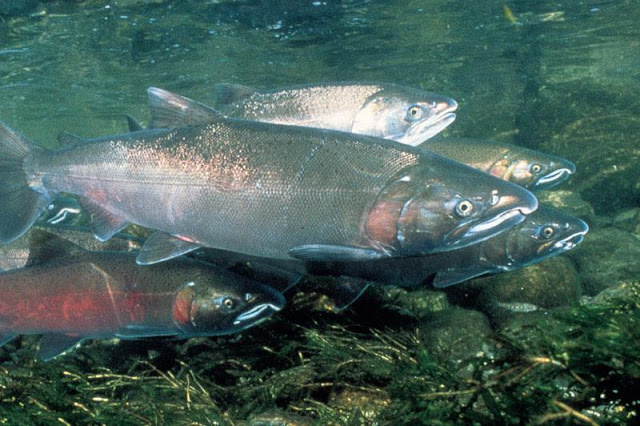 In the video from a recent hearing in the California Legislature, it appears that a Brown administration official is admitting that financial support for Governor Brown’s controversial Delta Tunnels Plan is rapidly collapsing.

On March 11, Secretary of Natural Resources John Laird spoke on behalf of the administration during a hearing in San Francisco by the Senate Select Committee on the Sacramento-San Joaquin Delta entitled, “Pending Delta Decisions and their Potential Economic and Other Impacts on San Francisco & the Bay Area."

Laird responded to the news that the Westlands Water District , the largest agricultural water district in California and longtime proponent of the tunnels, used “Enron accounting” to mislead investors about a $77 million bond sale, resulting in a settlement with the Securities and Exchange Commission over civil charges. He described the news as "disturbing" - and then admitted that "it (the California Water Fix to build the Delta Tunnels) won’t move ahead unless people, it pencils out for people and they sign up and they pay.”

“It is disturbing,” said Laird during the hearing. “It’s disturbing to us. We found out about it just as you did, from the press reports of the SEC decision.”

“And, overall, this is, as you say, a beneficiary pays project, where the beneficiaries themselves have to decide to do it,” Laird continued. “[I]t really depends totally on their ability and their willingness to pay for the project. And I think it is totally clear that the urban users have the financial wherewithal to do it.”

“I think the real question is how does it pencil out in the agricultural regions? But the Governor has been really clear. It’s beneficiary pays and that’s what it takes to go ahead and I think it’s just a law of economics that it won’t move ahead unless people, it pencils out for people and they sign up and they pay," he concluded.

Senator Wolk made the full hearing available to view online. Laird’s comments come up about 1:04 on the hearing video: http://sd03.senate.ca.gov/news/2016-03-11-select-committee-sacramento-san-joaquin-delta

Barbara Barrigan-Parrilla, Executive Director of Restore the Delta (RTD), responded to Laird’s comments, noting that financing the tunnels will be difficult even for “wealthy urban water agencies.”

“Paying for the tunnels in a drought, when water revenue sales are low, will be difficult even for wealthy urban water agencies,” she said. “What will make it even worse is when their agricultural partners begin to miss payments. “

“Even this year, El Niño has not eradicated the drought. Dry is becoming the new norm. The tunnels are not the solution for water reliability,” noted Barrigan-Parrilla.

Several experts testified at the hearing that the Water Fix, a controversial proposal to build two huge tunnels to divert water from the Sacramento-San Joaquin River Delta and the Bay Estuary for use by corporate agribusiness interests, would have a disastrous impact on the Bay Area’s environment and economy, including the region’s tourism and fishing industries.

“California’s world class economy relies on the sustainability of the state’s own natural water conveyance system, the entire San Francisco Bay Delta system,” said Senator Wolk in a statement. “In fact, two-thirds of Californians and millions of acres of farmland rely on the Delta for its water supply. Yet the connection between pending Delta policy decisions, specifically the Delta Tunnels proposal, and the State of California—its ecosystem and economy—is often lost, overlooked or completely ignored.”

The hearing finished off with the question of “What, then, is Plan B?” marking a “starting point to explore viable alternatives that will not damage the integrity of the Delta economy and ecosystem,” Wolk’s Office noted.

Laird’s comment comes as opposition to the Tunnels by ratepayers in Southern California, the Livermore Valley and Santa Clara Valley is mushrooming. Faced with massive opposition to the Delta Tunnels by ratepayers packing a hearing room in Livermore on Wednesday night, the Zone 7 Water Agency Board, a State Water Project contractor, rejected a request to pass a resolution supporting Governor Brown’s Delta Tunnels (WaterFix) project. (http://www.contracostatimes.com/breaking-news/ci_29649995/tri-valley-water-supplier-wont-endorse-states-delta)

“Board members noted the lack of key information including environmental impacts, costs, and willingness of agricultural contractors to pay their share,” according to Restore the Delta.

The construction of the Delta Tunnels would hasten the extinction of winter-run Chinook salmon, Central Valley steelhead, Delta and longfin smelt, green sturgeon and other fish species, as well as imperil the salmon and steelhead runs on the Trinity and Klamath rivers. It would cost taxpayers and ratepayers up to $67 billion — and not create one drop of new water.

The California Water Fix Plan to build the Delta Tunnels makes no financial, economic, environmental or scientific sense. When will Governor Jerry Brown finally admit that the tunnels proposal is doomed to fail — and withdraw all support for the plan?