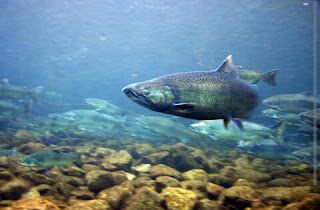 Amid a busy campaign season both nationally and locally, water issues remain a top priority to Klamath Tribal members. New candidates have been nominated in hopes to bring positive change in Indian Country. And water, the foundation of Klamath culture, is a primary part of the main discussion.

The false impression has been given that all Klamath Tribal members support yet another new water settlement, though it has not been discussed by membership. Some are not even aware this new settlement exists.
As stated in a recent Klamath Tribes news release sent out by Taylor Tupper-David, March 31st 2016, "The Klamath Tribes have the option of joining as a party if we (the General Council) decide that it is in the best interest of the Klamath Tribes to do so.

Tribal representatives from the Klamath Tribes, Karuk Tribe, Hoopa Valley Tribe and Yurok Tribe have attended discussions about this draft amended KHSA in order to protect tribal interests, but neither the other tribes nor the Klamath Tribes are currently parties to the agreement.

Representative Doug LaMalfa raised concerns regarding Klamath Dam Removal Meetings being held is secrecy. The following is an excerpt and link to the online record of a House of Representatives meeting that took place March 3rd, 2016: