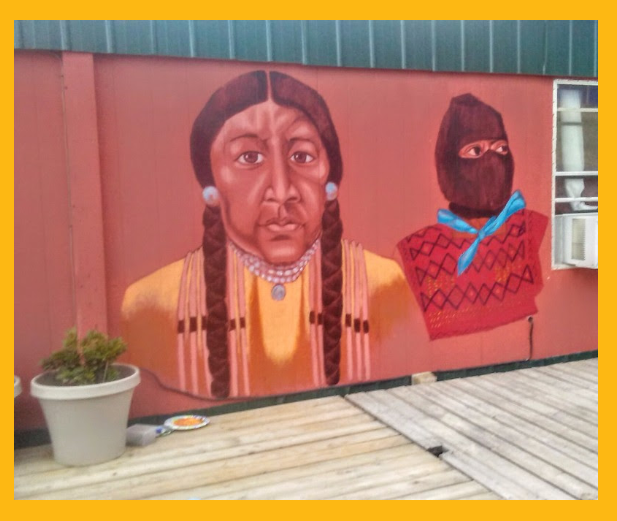 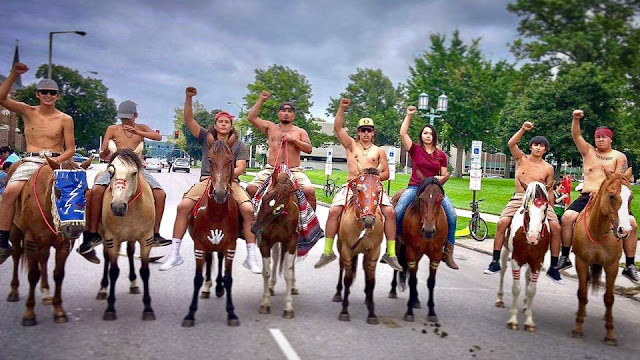 Greg Grey Cloud said,  "Sungwatogda at the NoKXL rally in Lincoln NE! Our warriors are holding it down and representing well" Photo credit Shannon Graves. 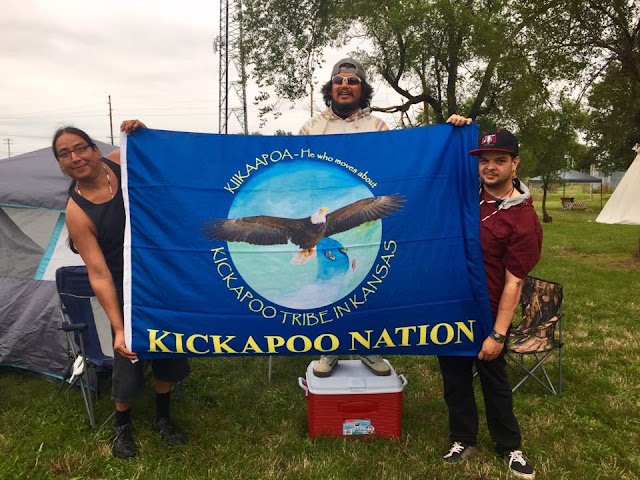 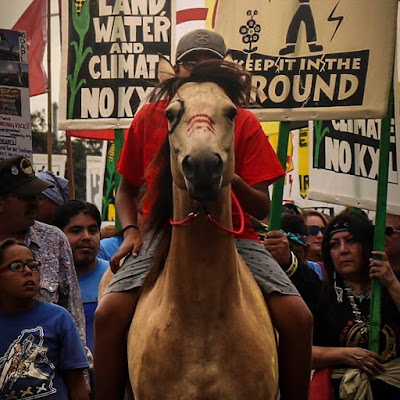 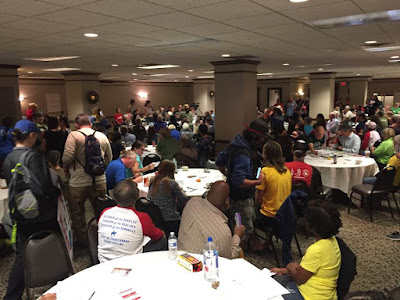 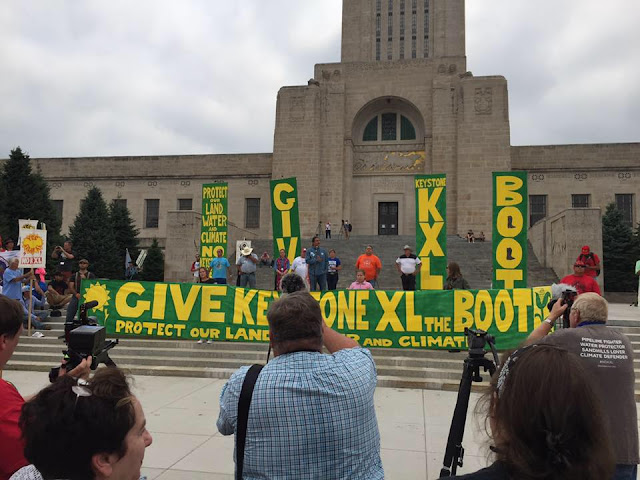 By Christine Nobiss
Censored News
I'm at the "Give KXL the Boot" Pipeline Fighter Summit in Lincoln, NE. It's a diverse mix of activists/organizers and I'm happy to see a lot of Native faces.
Glad to see Joye Braun and so many youth. Glad to see Native women up at the front talking. Glad to see how proudly our men carry themselves.
Together we can can do this. This is not just about "another pipeline", this is about our future. As John Schmidt, from The Climate Reality Project just said to me, "The only thing worse than a leaking pipeline is a working pipeline. We need to protect the unborn."
It made me pause.
Not only do we need to protect the water and our sovereignty, but we need to transition as soon as possible to renewables. This is not impossible. We need to force our governments to listen to us and make them sever their corrupt ties with these corporate conglomerates and revamp this entire economy.
We rely on fossil fuels for essentially all that we do and make. Everything is made of plastic. We use, oil, natural gas and coal to power our homes, infrastructure and our means of travel. It's insidious. But it's not impossible to untangle ourselves from it. We just need to work together.

More photos of the rally at Censored News
http://bsnorrell.blogspot.com/2017/08/nebraska-theyre-back-ready-to-stop.html
at August 10, 2017 No comments:

PLEASE POST & DISTRIBUTE.
MNN. Aug. 10, 2017. When the Caucasian race invaded any country for exploitation, they committed horrendous atrocities. They tried to populate the world by implanting their evil seeds through raping native women to create slaves.

Caucasian men have lost 60% of their sperm count in the last 45 years, mostly in North America, Europe, Australia and New Zealand. In three generations they will be sterile.
Men of color remain virile and potent. In modern time mostly toxic Caucasian males carry out threats, torture, massacre, bombings and warfare of non-Caucasians to demonstrate their masculinity and compensate for their sterility.
The invaders set out to murder us followed by programs of genocide like making our women barren, kidnapping and torturing our children. Now its vaccines, new diseases and government sterility programs. Bill Gates with the support of the UN set up depopulation clinics in India. He got kicked out and is being sued.

Trump shows off his kids. In mixtures of white with a person of color, the offspring is not accepted as Caucasian.
Impending sterility of Caucasians could be causing concern to the West. Sperm banks are used to store sperm and provide future fertility. Hitler failed in his attempt to design a perfect Aryan race.
These wheeler dealers and millionaires, trying to run the world, are actually shooting blanks. They’ve massacred people of color throughout history in India, turtle island, South America, Middle East, Africa and Asia.

Nature has no use for genocidal maniacs. People with inferiority complexes always strive to be in positions of authority. They want to control people of color and to enslave them.
They need victims to get their fix, to satisfy their blood lust. It’s called ‘feeding’, like vampires. They get pleasure out of antagonizing, torturing and harassing.

Narcisists don’t murder physically but will murder mentally. It’s all a game. They never accept responsibility for their action and never get charged or punished. Killing us satisfied their buzz. Otherwise they would have stopped themselves, like killing Vietnamese for no reason. Their handlers also have low sperm counts.
No children, no future, no hope . . .
Mohawk Nation News kahentinetha2@yahoo.com for more news, to donate and sign up for MNN newsletters, go to mohawknationnews.com More stories at MNN Archives.  Address: Box 991, Kahnawake [Quebec, Canada] J0L 1B0 or original Mohawk music visit https://soundcloud.com/thahoketoteh
https://www.youtube.com/watch?v=K2oxrhk0XKo ROOTS ON SYSTEMIC RAPING

“AMERICAN HOLOLCAUST” STANNARD REVEALS THAT WHEREVER EUROPEANS OR WHITE AMERICANS WENT, THEY SYSTEMICALLY RAPED THE NATIVE WOMEN OF ANY COUNTRY.