"This group of dedicated activists say that building the tiny homes is not only an act of resistance, but also of creation, building something beautiful, to create hope and create homes for the community." http://www.livingbiginatinyhouse.com/tiny-house-warriors/ 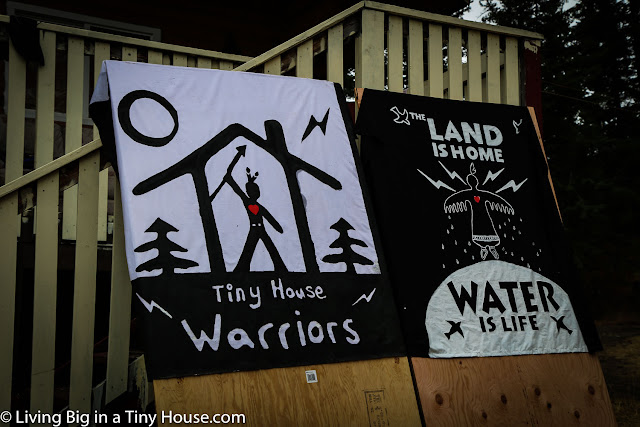 "As Kinder Morgan tries to force through a pipeline without our consent—risking polluting the land and poisoning our rivers—we are rising up to create a resistance rooted in family, community, and hope."
Read article at Common Dreams
https://www.commondreams.org/news/2017/09/08/inspired-standing-rock-first-nations-tiny-house-warriors-protest-pipeline-project 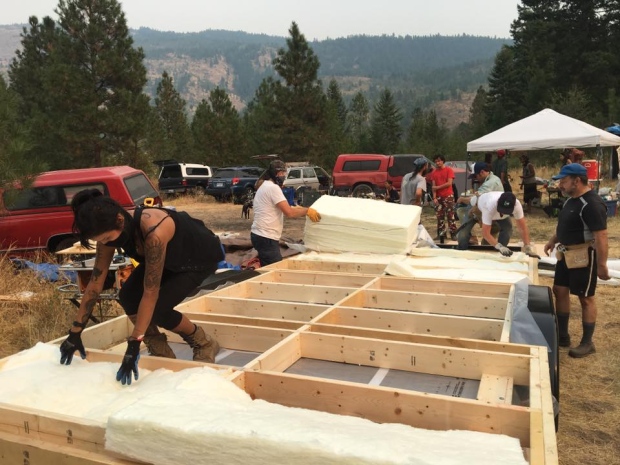 Work has begun on the Tiny House Warriors project, a protest against the expansion of Kinder Morgan's Trans Mountain pipeline. Activists expect to build 10 homes which will lie on the route of the Kinder Morgan pipeline. (Greenpeace)
Read more at CBC:
http://www.cbc.ca/news/indigenous/kinder-morgan-pipeline-activists-tiny-houses-1.4279740 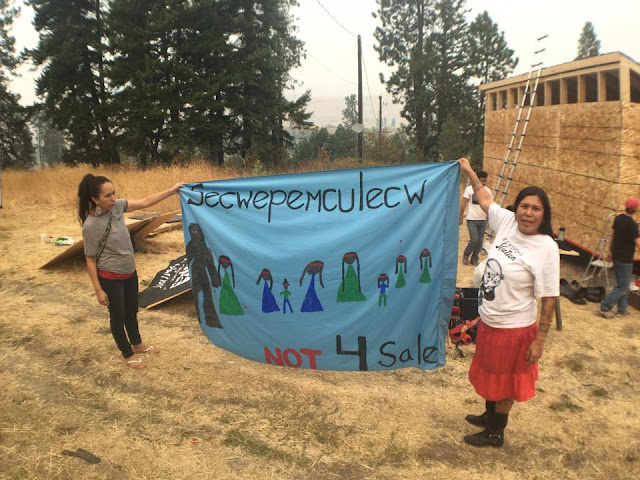 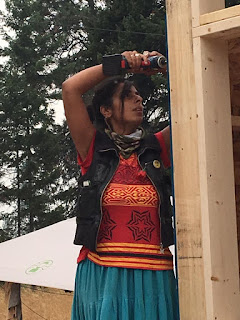 
Navajos living with the radioactive contamination of abandoned uranium mines, now targeted with oil and gas fracking at Buffalo Pass

Video by Bobby Leonard Mason
Article by Brenda Norrell
Censored News
On the Cove side of Red Valley, beneath the Chuska Mountains, south of Shiprock, New Mexico, Bobby Leonard Mason, on patrol, describes what is happening at Buffalo Pass and Roof Butte.
This once pristine area was poisoned by reckless Cold War uranium mining and the radioactive tailings were left scattered. The cancer and respiratory diseases have been documented for decades, and the uranium mining tailings were never cleaned up.
This same beautiful area is now targeted with oil and gas fracking.
With the rain and melting snow, Navajos at Cove and Red Valley continue to be poisoned with runoff.
"Our traditional lifestyles are in danger because of these wells and abandoned mines up there," Bobby says.
Bobby describes how the EPA has been testing in the area, and Dineh are being used as guinea pigs, as they were during the United States Cold War uranium mining here.
Bobby said, "Is the water contaminated? Yes, higher than most places."
"We already knew that, of course it is going to wash down the mountain."
From birds here that eat the pray, to the birds that eat vegetation, including the elk and cows, and the rabbits and mice, all living things here are being contaminated and poisoned.
Bobby said that yes, it is affecting all types of wildlife. When animals eat other animals, the levels of radiation are compounded. The uranium mines have been up here for almost 60 years.
The uranium run off from the mines is running down the mountain into the Cove and Red Valley area.
Bobby points out that most Navajos have sheep here and continue their traditional lives.
"We ingest the uranium when we butcher, with the animals we eat."
The uranium runoff is also poisoning the plants.
Bobby said sacred tobacco is collected here, along with cedar and wood.
Bobby asks how Dineh are being effected when the sacred tobacco is burned.
"Is that releasing toxins into our homes?" He said EPA should be testing for this.
The EPA needs to account for this, when the tobacco and plants are burned in ceremony, he said.
"Why not clean it up, we know for a fact it is dangerous, because we have been living in it," Bobby said.
The EPA always has excuses for the decades of delay, and the failure to clean up these uranium mines, such as not being able to work in winter when the snow is melting.
Bobby said that the EPA is carrying out testing here on Dineh for "radioactivity in our bodies as well."
"We feel like we are guinea pigs."
"They are seeing what radioactivity is doing to us, the original people, of this land."
Bobby warns the oil and gas companies to back off with plans of fracking here.
"This is our land."

In this video:
Bobby Leonard Mason, Published on Sep 12, 2017: Documenting our fight to remove oil and gas development on our ancestral homelands in Dinetah, Dine bikeyah, Navajo Land. We made a site visit and saw firsthand the destructive nature of this industry. This place is evil. No good vibe coming from the area, whatsoever... We spoke with a few local farmers who share similar stories. The people have opposed this development in the late 60's and today the fight is revitalized with the youth who continue to defy the desecration of the local landscape which is sacred to the People... This is our stronghold.

Brenda Norrell, publisher of Censored News:
As a news reporter living in the Chuska Mountains in the 1990s, I reported on these abandoned uranium mines for USA Today. In every single home I visited in Cove and Red Valley, Navajos were suffering from cancer. In one home, every Navajo in the home had cancer, including the elderly and all the children. In another home, an elderly Navajo woman in her 80s was living in a hogan built of radioactive rocks.
Cold War uranium corporations, working under the direction of the United States government, sent Navajo uranium miners to their deaths here, without protective clothing, even though the U.S. knew that the radioactivity would poison them and kill them. The U.S. government also carried out this slow and toxic genocide in the nearby Acoma and Laguna Pueblos, and elsewhere on Indian lands in the United States.
In Red Valley and Cove, Navajo miners brought the radioactivity home to their families on their clothes, Navajo women were poisoned when they washed the clothes by hand, the water was poisoned, the plants were poisoned, and the animals, including the sheep, were poisoned when they ate the plants saturated with radioactivity from the mine runoff.