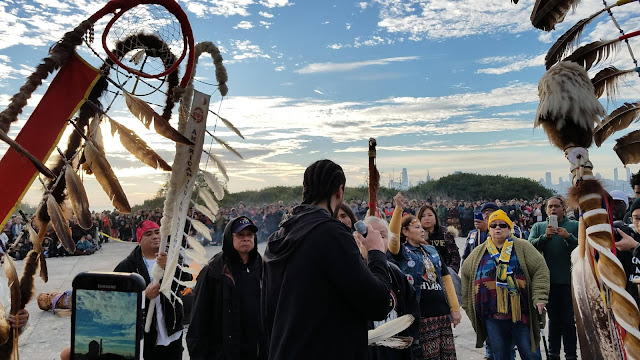 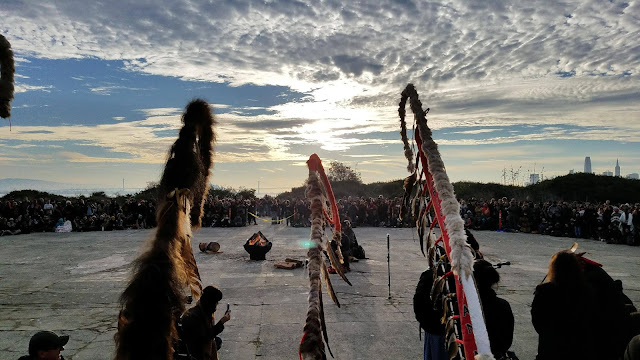 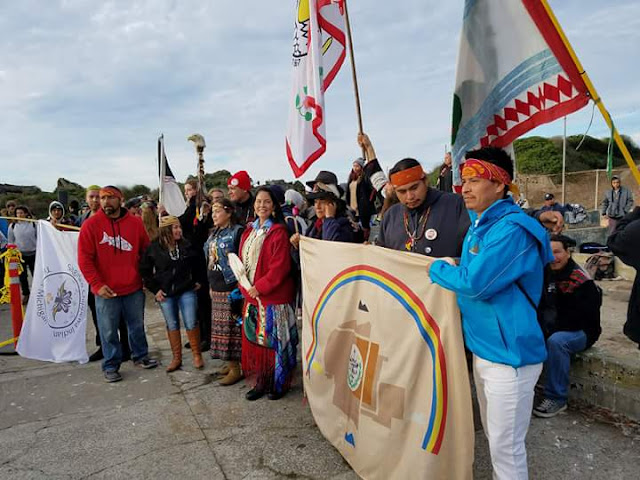 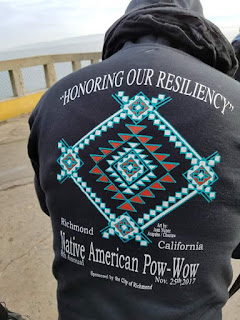 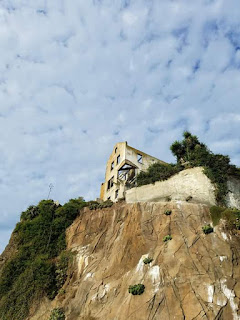 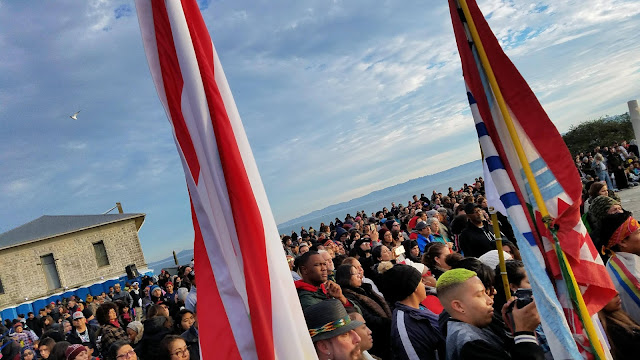 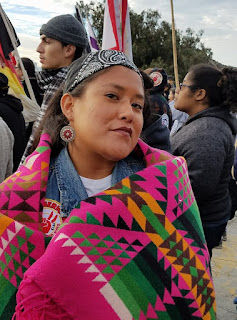 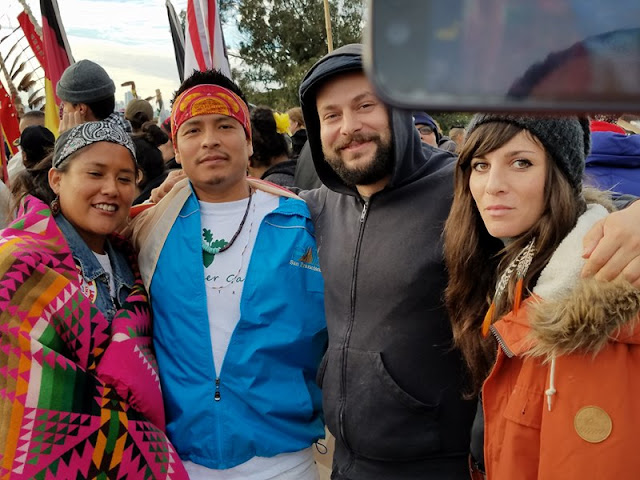 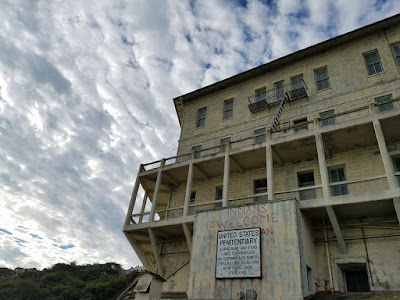 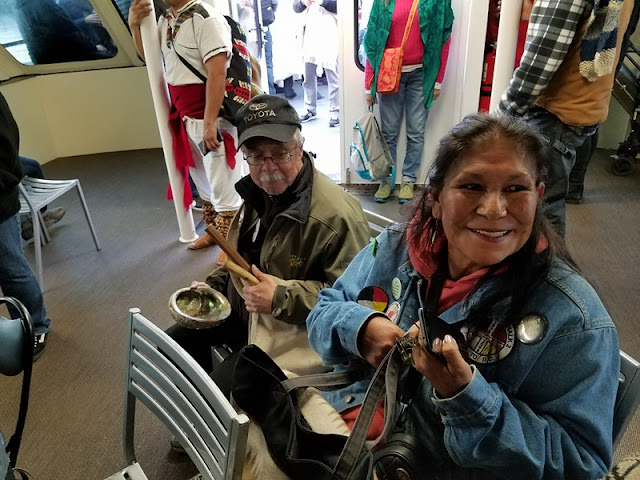 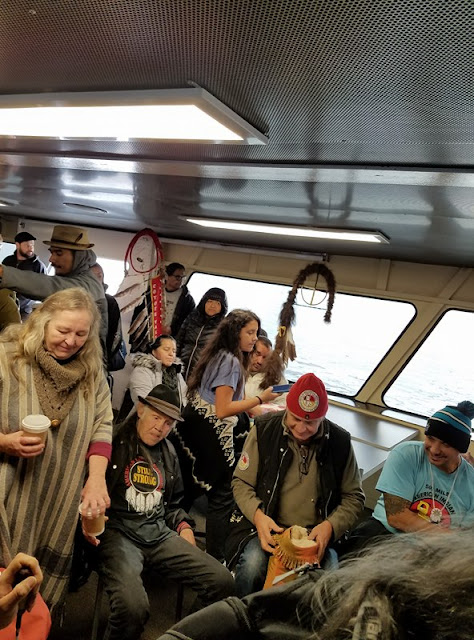 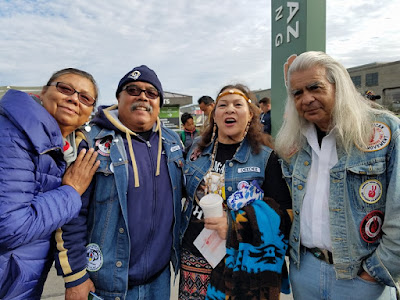 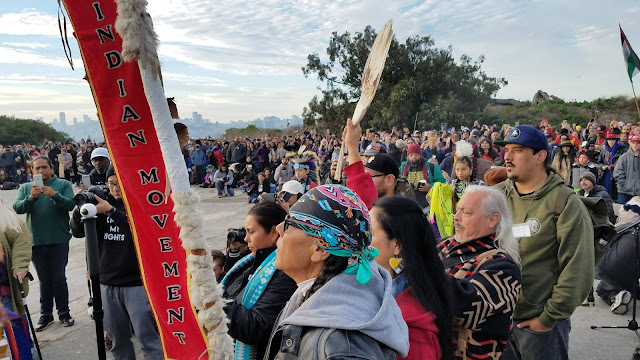 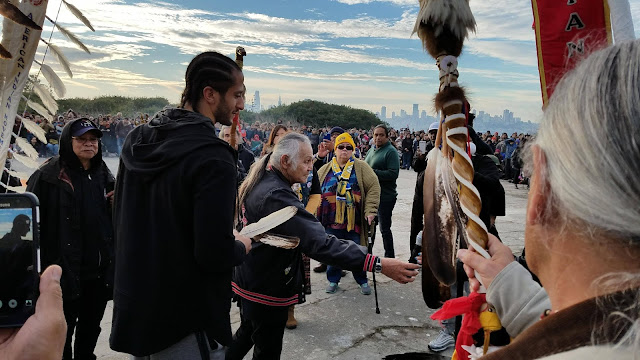 SF Gate reports on Kaepernick attending the Alcatraz Sunrise Ceremony. "Between traditional dancing and speeches, Kaepernick delivered a message of resistance and hope to the thousands gathered on the island:


"I realize that our fight is the same fight. We're all fighting for our justice, for our freedom, and realizing that we're in this fight together makes it all the more powerful.
If there's one thing that I take away from today and seeing the beauty of everybody out here, it's that we're only getting stronger every day, we're only getting larger and larger every day. I see the strength in everybody.
The dancing, the rituals – that is our resistance. We continue to fight. We continue to fight for justice. We fight for our freedom, and we continue on that path."

Also see: Native Women Tell the Real History of Thanksgiving
“Thanksgiving isn’t what people think it really is,” Autumn White Eyes, a member of the Oglala Lakota Tribe, said. “They aren’t going to tell you that pilgrims stole land, that they appropriated land, that Abraham Lincoln coined this holiday for patriotism during the Civil War and that Abraham Lincoln is the same president who ordered the largest mass execution of Dakota people in United States history and that these same things have happened to Native people all across the United States.”
https://mic.com/articles/186307/native-women-tell-the-real-history-of-thanksgiving#.IQDMqMieq 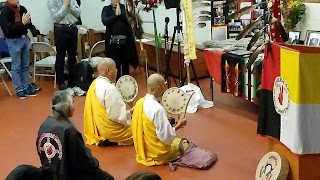 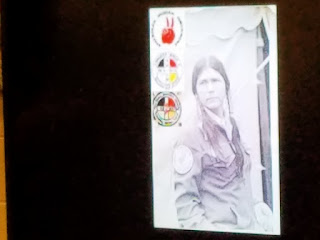 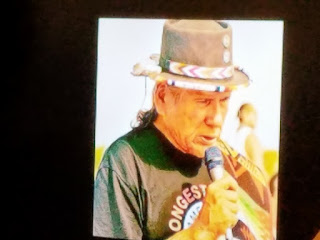 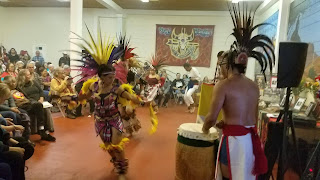 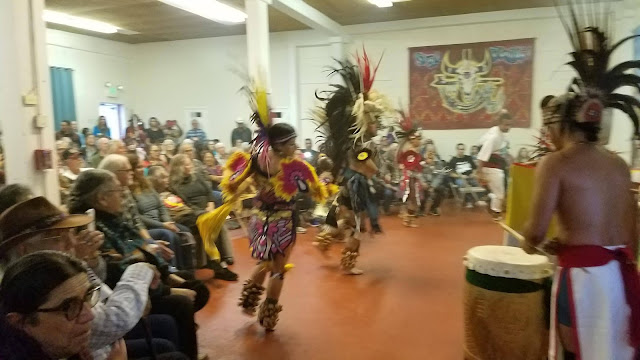 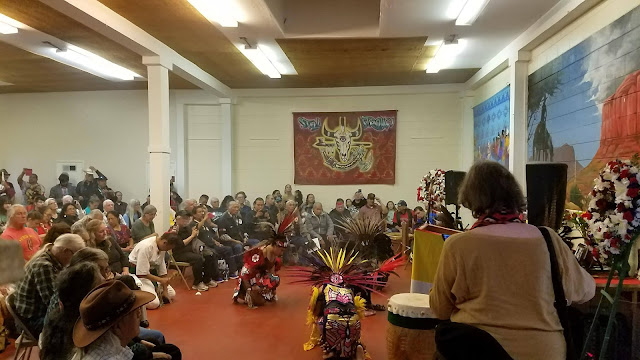 Dennis Banks was honored at a celebration at the InterTribal Friendship House in Oakland, California, on Nov. 22, 2017. Western Shoshone Nation Spiritual Leader Johnnie Bobb; Walkers from the Walk for the Salmon, Seattle to San Francisco; AIM West; supporters and friends joined the local community to remember the life of the revolutionary and co-founder of the American Indian Movement. Dennis  played a leading role in bringing about new legislation to uphold Native American rights, and instilled courage in many to rise up, resist and fight the machine. Dennis is remembered for his key roles at Wounded Knee in 1973 and with the Longest Walks.