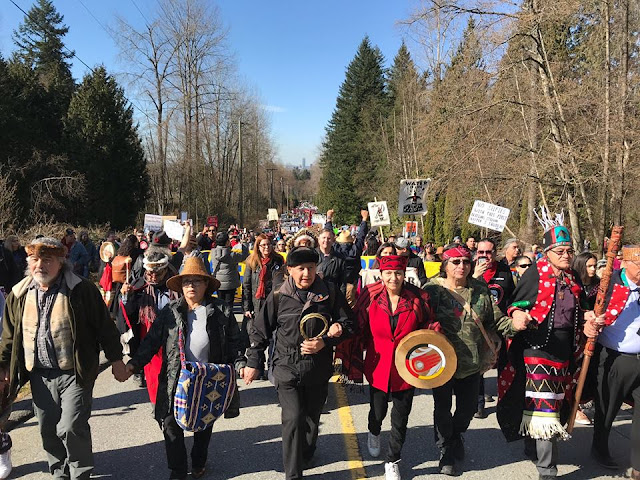 Protect the water, land, and climate#ProtecttheInlet

On March 10th Coast Salish spiritual leaders and members launched an ambitious project in Metro Vancouver to stop the Kinder Morgan pipeline. They raised a traditional Coast Salish Watch House near the pipeline route which will act as a base for resistance to the project. 10,000 people in Metro Vancouver marched in solidarity.
Photos by Coast Protectors
Censored News
Thousands of people walking peacefully and determinedly behind Grand Chief Stewart Phillip and Indigenous leaders from across Turtle Island to make our collective NO to Kinder Morgan's risky pipeline and tanker project heard across the country, and beyond.
Support the Watch House | Kwekwecnewtxw : www.ProtectTheInlet.ca
.