MARCH 19, 2018ANNOUNCEMENTS, DIRECT ACTION, FRONT, RT REPORTBACK
By Rising TIDE NORTH AMERICA
https://risingtidenorthamerica.org/2018/03/grandfather-scales-tree-erects-mid-air-camp-to-stop-kinder-morgan-clear-cutting/
Coast Salish Territories (Vancouver) – Early this morning Terry Christenson, a 70-year old Grandfather of two, and former Juno nominee, scaled a tree on the inside of Kinder Morgan’s fence (Westridge terminal side) and erected a mid-air camp suspended from its trunk. Terry constructed the high-flying structure to stop Kinder Morgan’s proposed tree clearing which is being done to enable the company’s drilling through Burnaby Mountain.
This pipeline does not have consent of the Indigenous Nations it would pass through. It would endanger the livelihoods and economies of all those that depend on an oil free coast and I for one won’t stand by and let it happen,” said Terry Christenson. “I’m taking this action to protect my grandchildren’s future. I care about this land, this coast and I won’t let it be destroyed all so a Texas oil company can increase its profit share.”
The National Energy Board approved Kinder Morgan to clear trees from the area and green lighted the company to begin drilling through Burnaby Mountain, flash point of protests against the project. The NEB has said Kinder Morgan needs to clear the area before March 26th to avoid interfering with birds migrating north for the summer. If clearing is not done by that date it would be a major set back for the company and plans could not proceed until after the migrating birds had left.
“We are all in this fight together. We have better options to produce energy and move people around then building another dirty pipeline that the world’s scientific community has said we need to move away from,” asserted Christenson. “It’s time that the Prime Minister got that message and I’ll be doing my best to hang out here until he does.”
This action is the latest in a series of action against Kinder Morgan’s construction plans. It is also just a week after a massive mobilization against the project that brought thousands to the streets of Burnaby.
Click here to donate to the legal support fund. 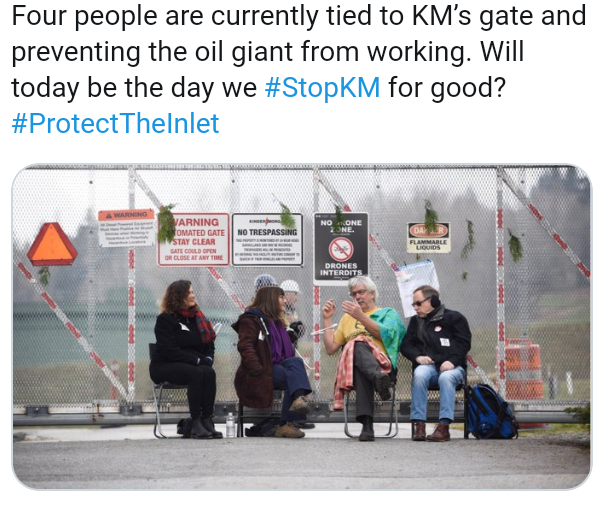 Second Round of Arrests Just Now! 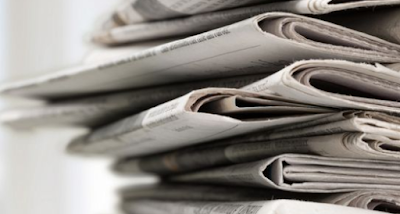 The Wall Street Journal is hardly the voice of the people, but it makes an important point here -- Google and Facebook are receiving most of the revenues from news these days, and reporters are receiving almost nothing.
The article does not mention the fact that reporters in Indian country are usually paying out of their own pockets to go out on news stories, and the thieves on Facebook and websites shared by Google, are making about three-fourths of the money.
Most of the news websites on Facebook are not alternative news sites at all, they are stolen news. These are operated by plagiarizers who copy and paste, or rewrite, the hard work of the real reporters struggling to survive.
For real reporters, there is the cost of travel -- cars and lodging -- along with computer, photography, cell and video equipment. All this makes it nearly impossible for most freelancers to keep going.
And in Indian country, the few remaining reporters who are present are usually freelancers, which means no expense reimbursements, no insurance, and of course, no bail money during protests.
There must be a way to turn this around, and return salaries and expenses to honest, hard working reporters.
It probably would help if readers would not share stolen rewrites and stolen photos by those who are illegally profiteering. They are seizing this content without permission, and placing it on a webpage to illegally make money off of it.
These are often obvious because the webpages are loaded with advertising, so just scroll down to the bottom and look. On Facebook, the pages say "shop now" at the top.
Many fake site use the word 'Native' or 'Indigenous,' or use progressive words like 'Free Thought,' 'Freedom,' or 'Progress.'
Clickbait and Adwords are hard to determine. These are about getting traffic to websites of stolen work. They want 'clicks' on their links, and 'likes' on Facebook.
Here's what readers can do: Before posting or sharing, message the reporters and photographers and ask them if this is their original work and if they were actually present.
Readers can carry out a web search by copying and pasting the first portion of the news story into a search, in order to see if a reputable news organization, or reporter, actually wrote the article.
Meanwhile, those brilliant new reporters and publishers can work on a means of creating the new journalism for future generations -- where news professionals can make a living and prosper for their hard work. And remember, many risk their lives to do this work.
Thanks to all of you, Brenda, Censored News.


Brenda Norrell created Censored News in 2006, after being censored and terminated as a longtime staff reporter at Indian Country Today. She began her lifelong career as a reporter at the Navajo Times, during the 18 years that she lived on the Navajo Nation. As a freelancer, she worked for The Associated Press for five years, covering the Navajo Nation and federal courts, and USA Today for seven years. Since moving to the borderlands, she has traveled with the Zapatistas in Mexico numerous times, and reported from the mountains of Bolivia, and Indian lands throughout the West.

Censored by Twitter
Twitter has blocked the links of Censored News since September of 2016, when Censored News exposed the police and Dakota Access Pipeline security officers responsible for attacking water protectors at Standing Rock with dogs.
at March 19, 2018 No comments: 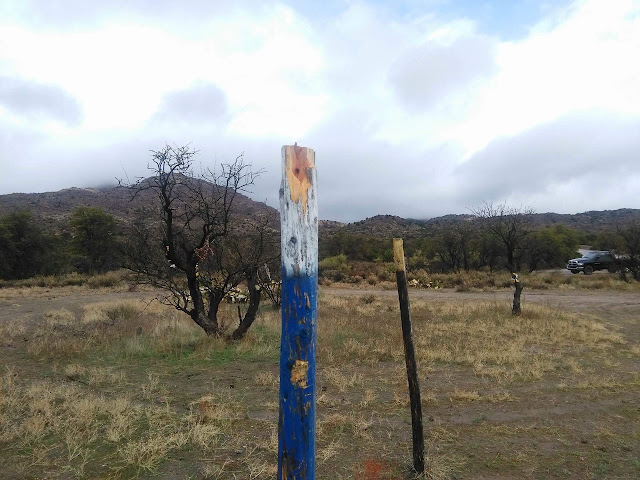 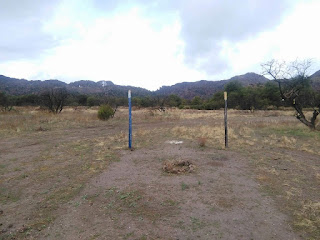 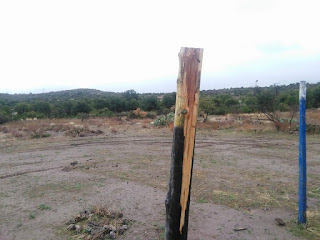 On March 17th, a representative of the Apache Stronghold arrived to Oak Flat, Arizona and found that the four crosses of an Apache holy ground had been intentionally destroyed. Two of the crosses were missing, ripped from the ground and two of the crosses have been left standing, but destroyed with what appears to be an axe. Evidence of large tires driving through the space covered the dirt surrounding and through the site of prayer. Ceremonial eagle feathers were left laying on the ground.The Apache Stronghold is demanding an immediate response from Forest Service and law enforcement officials, and is asking local leaders to condemn this hate crime to help ensure that it does not happen again. Law enforcement has been called on to investigate the action and pursue those responsible as a potential targeted crime towards the Apache people and their spiritual practice.On February 8, 2014, hundreds of people gathered at the Oak Flat Campground to hold a gathering in protest of a proposed copper mine that would decimate the area an hour east of Phoenix.. Chi'Chil'Ba'Goteel, also known as Oak Flat, has been a sacred site for Apache people for time immemorial. The proposed copper mine is a direct assault on the spiritual practice of the Apache. At the 2014 gathering a group formed, calling themselves the Apache Stronghold. They remained in prayerful resistance to the mine for over a year and have held regular ceremonies on the site for the past four years. Central to these ceremonies is the holy ground where four crosses with eagle feathers attached have been staked up and used as a site of prayer. “This site is like a church. If this attack had happened at a church, it would be considered a crime.” said Wendsler Nosie, a leader from the Apache Stronghold. “A lot of people have come here to be healed from sickness and for their loved ones, asking for blessings. Throughout the year, this has been a site for families to gather and teach their children about the land. There are federal laws that are supposed to protect a place like this. We have never seen this kind of violence against us here. There needs to be accountability for this crime.”Under the American Indian Religious Freedom Act, the United States federal government is beholden to protecting Native American’s right to religious freedom, “including but not limited to access to sites, use and possession of sacred objects, and the freedom to worship through ceremonials and traditional rites.” The four desecrated crosses and feathers fall under AIRFA and are in the jurisdiction of the United States Forest Service. Oak Flat is currently held as part of the Tonto National Forest.Background about Oak Flat:Oak Flat is an area about an hour east of Phoenix that is a sacred site known to Apaches as Chi’ch’il Bildagoteel. Also home to a diverse desert ecosystem, Oak Flat is currently federal land, held as a part of the Tonto National Forest. In December 2014, Arizona Senators McCain and Flake attached a land exchange rider to the National Defense Authorization Act. The bill included the Oak Flat land exchange gave  multi-national mining company, Resolution Copper the area to build one of the world’s largest copper mine. The mine is slated to permanently decimate Oak Flat and surrounding desert features. Apache and mining reform activists had been successfully fighting the proposal for nearly a decade before this “backroom deal” was made in Congress. Currently, the Forest Service is undertaking an Environmental Impact Statement, a legally mandated assessment that must be completed before the land exchange is finalized.
at March 19, 2018 1 comment: