Native American history has been re-written for the purpose of patriotism toward capitalist-aggression. The former, indigenous America, already had the intellect, scholarship and self-governing. Egalitarian along with spirituality was supreme. This Blog hopes to present thoughts and discussion based on such awarenesses. -- Sheep Dog Nation Rocks
Once Upon A Time in Big Mountain, A world as We've not known


The lands are wilder than ever since pre-European invasion. However, the severe to mild impacts from the periodic droughts throughout the last 25 years is very evident. Many natural springs have disappeared. Certain native scrubs and grasses are now thinly dispersed like the great Cliff Rose that barely cling to life. The juniper forest and grasslands show colors of dark gray and orange because the sage meadows’ near die out and the second phase of pinon pine die out. Wolves, elk, deer, bobcats, and foxes are more numerous. Invasive plants like the cheat grass (bromus tectorum), russian thistle, tamarisk shrubs soak up the little moisture in the ground. Invasive animal, the cattle or the beef resources continue to have all legal rights to exist. Grass lands are however bountiful from a wet winter, but its previous grazers the sheep and goats herds from a vanished pastoral culture are all but gone.
The previous human dwellers, Dineh (The Peoples) are few with their, illegal or strict but legal, residencies are spread apart by miles of emptiness left by former neighbors who were forcibly relocated. This current human trauma does not involve a population of millions nor living with bombings, but it still involve horrific suffering caused by well-designed and subtle psychological aggression. The children of those traditional elders that once initiated a cultural land-based resistance to federal policing are now in their late elder ages. Like the vegetation or the dying natural springs around them, they too cling to a life style that is becoming only a memory and a dream. They can only herd their sheep and goats day to day, month to month despite the many health issues that they face. Ancient healing practices fragmented during the upheaval of removal policies, and modern health care are only available hours beyond the long jeep trails that lead to these Dineh resisters.

Dineh 42 year fight to defy the harsh apartheid law is not over. Resisters and their extended families still call for support. What may seem to be a handful of outside collectives, a mixture of whites and non-whites, still devote their holiday get-a-ways to come out and stand with the resisters. It is a resistance which has been presented in several ways from “the core sovereign native movement” to a politicalized “genocide in the name of fossil extraction.” To many on the lands and for those that bring support, they correlate this Dineh experience on Big Mountain with universal cultural and social struggles for liberation and the protection of natural environments. It is still a resistance or fight that is on-going where Dineh get volunteer, home-stay supporters that herd sheep, provide mental therapy in a forgotten, empty and remote place. Organized support caravans bring seasonal work crews for firewood gathering, shelter and road repair, and food / supply deliveries. It is not, in any way, a form of protest where there is picketing on city or corporate property. It is true solidarity of productive labor work of achievements guided by natives, Dineh, from that particular ancestral homelands.

The original cover or label for the origins of the relocation and land partitioning law does return often like a giant billboard or mass media headlines, “Dineh-Hopi land dispute.” Note that according to historical information, there was never any Dineh invasion on Black Mesa which may have caused pillaging of Hopi existence. How this labeling about an intertribal squabble is revived is when the modernized and restructured Hopi Law Enforcement Services, a sub-division of the Hopi Resource Enforcement Services, make their presence at Dineh resister’s homestead or grazing pastures. Certainly all these lands of Big Mountain and Black Mesa were lands co-shared by the ancestors of Dineh and Hopis, and which was an indigenous coexistence by both a village and regional-specific ranging group societies. American policy and federal-deputized tribal law personnel are all the same. Their sudden and displeasing arrival with that racist mentality and “hate” for Dineh resisters. There are usually no questioning because as far as this U.S. law is a concern, these traditional people and their extended families are trespassing and violators of an old eviction order. Resisters are told: stop immediately any repair work, get rid of new lumber or roofing material, that the herd is over the limit, they need a valid permit to cut and haul firewood, any water-harvesting structure built will be dismantled.

Today, this U.S. anti-human and anti-nature policy in this part of Indian country is going beyond normal human rights violations. Perhaps like a requirement to follow the norm of the world where simple-natured cultural peoples are being displaced, depopulated and tortured into extinction. Big Mountain elder resisters, most still traditional with limited English, cannot get to their doctor’s appointment or get a prescription filled because their Non-Emergency Medical Transport (NEMT) are threatened by Hopi law enforcement patrols. Transport personnel who are licensed and authorized under the Navajo Department of Health have been threatened by Hopi that, their vehicle will be impounded. By whatever means the jurisdictional or tribal governmental regulations play out, the elders inside the apartheid territories have very serious medical issues. Some could be life-threatening or other posing greater health concerns. This is happening as of this writing. An elder lady needing her routine checkup and eye exam were not sure if the NEMT driver will make it to her home. NEMT and Field Nurses are already risking a lot by taking the long jeep trails, plus two hours on maintained and paved roads, and two round-trips in a day.
Elder resister, “If Hopi wish to impose their over-all authority, even on the Navajo Nation, they need to start permitting their tribal medical center to take over the nurse visits and the NEMTs. I and my elder brother seem to be taking turns getting sick or needing medical attention. It’s hard enough for the NEMTs and the Field Nurses because we live remotely and far from the hospital.”

There is that helplessness where nothing can be done to make the police be accountable. What’s worst is that this is happening in an isolated region of Indian country and no one is there to document how many Dineh resisters are being denied a visit to their doctor. Additionally, this issue with resistance to relocation law was never seen as “Navajo-Hopi Land Dispute” by the Big Mountain elders, but rather seen as corporate profit interest and mineral resources. What the new Hopis are doing is mere hatred and terror. All throughout the world, people see Hopis as a colorful cultural with dances of unique spectacles, and the meaning of their name, People of Peace. What these new Hopis are doing is nothing close to peace.

The coal of Black Mesa
Yes, if we call it Mother Earth, we are in her image. The Big Mountain elders’ resistance movement brought back many teachings for humanity, and one of them was, “Coal is the liver of the Female Mountain. And if fossil fuel extraction continues, the Female Mountain will be drained of all Her fluids, the waters, the oil, and her blood.”
There is some strange and wicked kind of relief that comes with the closure of the Peabody coal mining. The coal-fired power plant that burnt Black Mesa coal will soon follow. All this is wicked because no one is talking about the relocation law of 1974, a mandate to depopulate Big Mountain in order to industrialize other coalfields. Wicked and strange because the laws of apartheid will remain but for which kind of fossil fuel extraction?
About these closures, Big Mountain elders’ statements:
“Now the cell phone receptions are either out or come back for a brief period. Peabody coal company are saying they are dismantling all the cell phone towers which belonged to them.”
“Dineh or Navajo residents around and near the mines were given first priority to take most of the scrap metal and steel. They were offered a cheap price and many local folks hauled tons of steel away.”
I:
“What will people do with tons of metal and steel? Weld barbeque grills, livestock fence panels, and wood stoves to sell? Why can’t people think anymore?! Where is the consciousness?! Our Rezs need small bridges over the dangerous washes!”
Coal miners, mine laborers, and power plant employees will only be narrowed minded. Last thing their company bosses will do is point the finger away from Wall Street. Instead point the finger at the so-called, “earth lovers and environmentalists,” those who caused their loss of jobs. More hatred like there’s not enough.

NaBahe SheepDog Keediniihii:Not yer typical Injun. Grew up in the wildlands of Big Mountain and raised by an intelligent and loving parents that did not speak English, but they still practiced the ancient traditions of natural-sustainable lifestyles. Today, I am not so concerned about being a Loner, but very proud and honored to carry on the wisdoms taught to me by Mom and Dad, and all the wise ones from the Big Mountain country. Yea'go'h, Ni'zhoni!View my complete profile 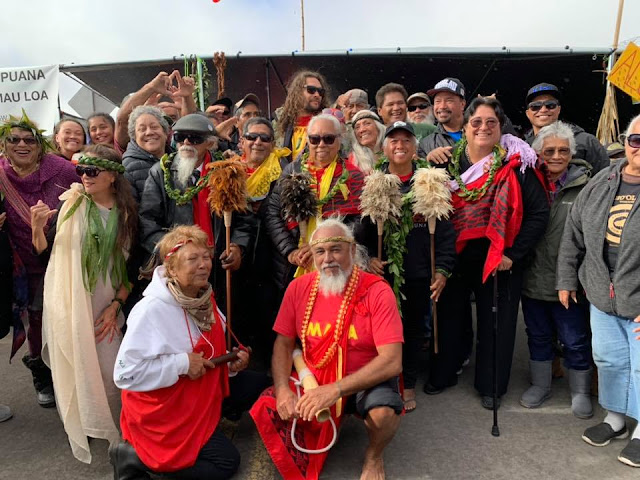 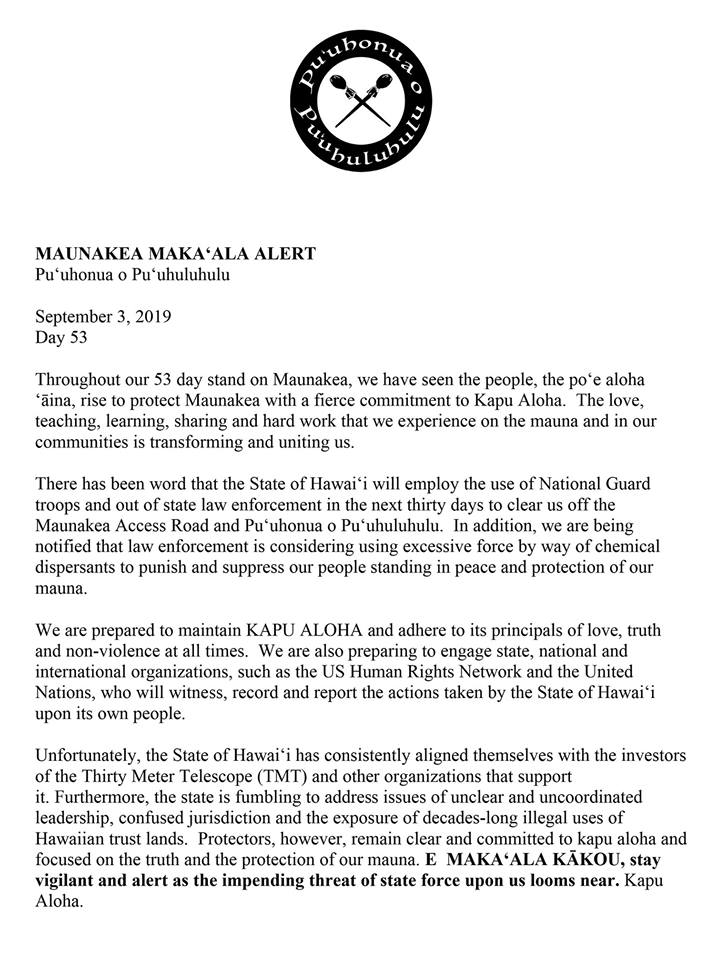