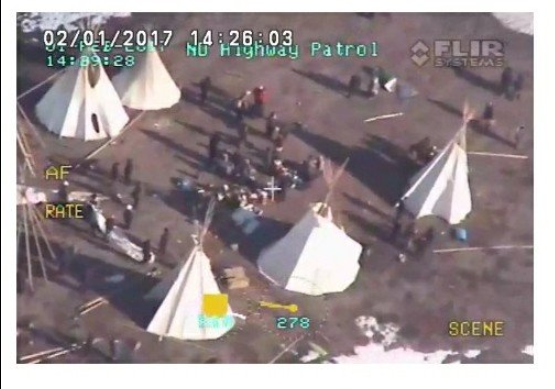 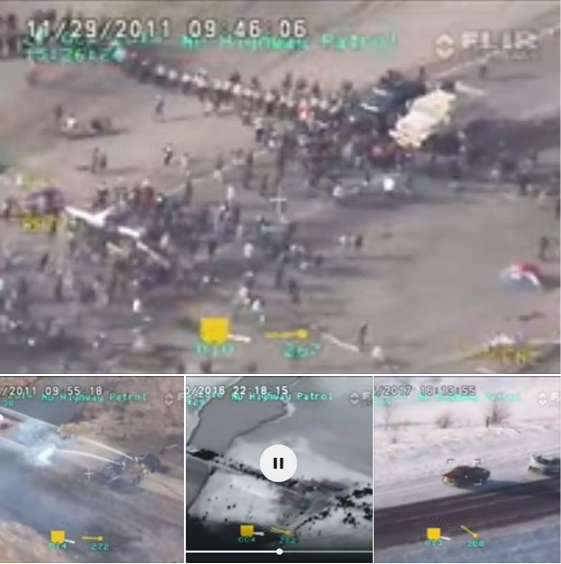 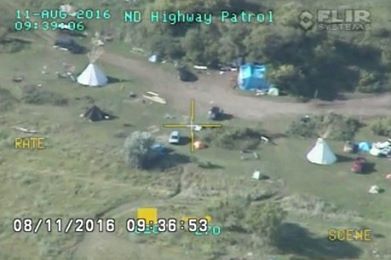 Unicorn Riot exposes two hours of aerial police spying at Standing Rock. The spy planes, drones and helicopters over Standing Rock were operated by the North Dakota Highway Patrol. Grand Forks County Sheriff had a spy drone above, aided by Grand Forks Airforce Base, with the use of infrared at night.
Andrew Neef, in the article, "Infrared Aerial Surveillance Used at Standing Rock to Monitor and Track Protesters," names a number of those responsible for the police spying and stalking.
"Unicorn Riot obtained over 100 hours of infrared (IR) video footage taken by police surveillance aircraft during the 2016 protests in Standing Rock against the Dakota Access Pipeline. Drones, planes, and helicopters were used by law enforcement from multiple agencies to monitor protesters and track movements of vehicles," reports the independent media Unicorn Riot, whose video reporters were arrested on the frontline at Standing Rock.
The exposures answer many questions about those responsible for aerial spying at Standing Rock in 2016 and 2017, but it leads to far more questions.
One of the legal questions raised by this secret aerial surveillance by joint forces -- militarized national police, sheriff's deputies and National Guard -- regards legal discovery in the defendants' court cases.
Did prosecutors provide this aerial video footage to defendants in the cases of the over 800 charged? What rights were violated?
Was the stalking by police of isolated individuals, as shown in the aerial videos, used as a tactic of intimidation and provocation?
What laws were broken by national police forces, who were advised by the private security firm TigerSwan. The State of North Dakota stated in its court case that TigerSwan was operating without a license in North Dakota.
The aerial surveillance shown is from 2016 and 2017, during both the Obama and Trump administrations.
It is good to see Unicorn Riot naming names.
Ultimately this information can lead to new laws on privacy, and the halting of police acting beyond their scope of authority.
The work of Unicorn Riot and The Intercept exposes the role of private security -- out to make money -- and how they falsely targeted people and intensified every situation with the goal of making money. Both media and effective Water Protectors were singled out for surveillance and arrest. Further, Will Parrish at The Intercept exposed the paid FBI informant Heath Harmon, of Three Affiliated Tribes, who owned the gun leading to Red Fawn's arrest.
Aerial spying leads to many questions about the violation of women's rights.
I wonder how women's rights were violated, at times when they thought they had privacy. The documentary film 'Snowden' revealed how U.S. computer spies turn on laptops remotely, and in one case, watched a Middle Eastern woman changing her clothes.
This month at the United Nations in Geneva, the Human Rights Commission hears of abuse by police and private contractors at Standing Rock.
https://bsnorrell.blogspot.com/2019/09/un-human-rights-council-to-hear-of.html 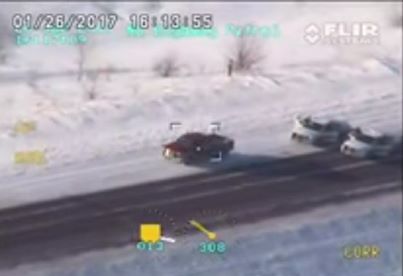 MNN. Sept. 13, 2019. We can’t be too careful. An “election” of the foreign corporation of the Government of Canada has been called. The immigrants and the traitors want to continue to plunder our land, our resources, and suck our blood. They are now traversing turtle island smiling and making false promises.
Read more at Mohawk Nation News:
http://mohawknationnews.com/blog/2019/09/13/removing-the-invasive-species/
at September 14, 2019 No comments: