Best of Censored News: Provocative and Relentless Voices from the Ground

As we begin our 14th year at Censored News, we share with you some of the most extraordinary news that has come our way. It is good to go through these old stories, because not only are the details often forgotten, but so is the perspective, a way of seeing the world. Here are a few highlights from Censored News. 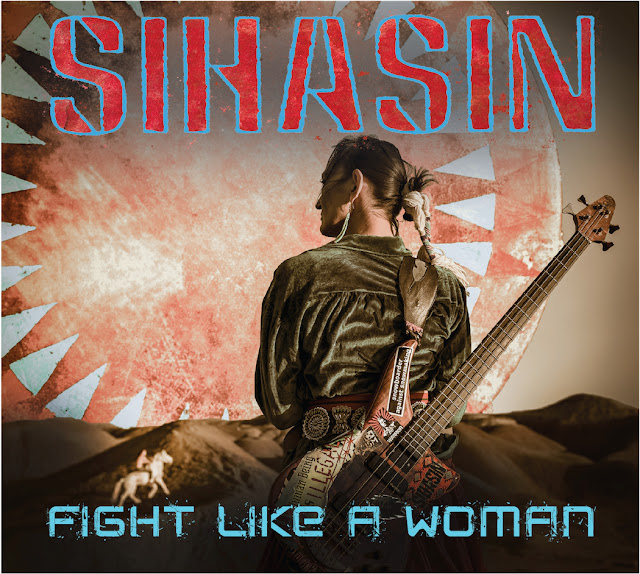 The Native American Music Awards Gala will be held November 2, 2019, at the Seneca Niagra Hotel Casino and Resort in Buffalo, New York. Sihasin is nominated for Group/Duo of the Year, Song of the year 'Shine,' Best Rock Album 'Fight Like A Woman,' Producer of the year, The Legendary Ed Stasium, and Best Music Video Narrative 'Strong Together.' Sihasin's sophomore album produced by Ed Stasium, 'Fight Like a Woman,' has already garnered 2 Global Music Awards for Best Album and Best Video for 'Strong Together.' Sihasin's premier album, “Never Surrender,” also won the Group Of the Year for the NAMA awards and best Rock recording for the Indian Summer Music Awards.

This has been an amazing year for Sihasin of working hard to bring their powerful voices to the world on environmental issues, human rights and sacred sites issues.

Sihasin believes in creating positive change each and every day With “Fight Like A Woman," Sihasin was working again with the legendary producer Ed Stasium. It has been an incredible personal journey. The state of the political climate, depression of the nation and the need to work on something from the heart was desperately needed. Ed had stated that this album was going to take as much time that was needed to let the songs speak for themselves.

Sihasin is a rare band who does more than just perform. They leave the audience with an exhilarating feeling of “Get Up, Stand Up and Do." Their Father Jones Benally is an Arizona Historical Living Treasure and guest stars along with the duo. He also scored the Walter Hill Film of Geronimo with Ry Cooder. The siblings Jeneda and Clayson Benally are also known for their internationally acclaimed Navajo Dance Troupe, The Jones Benally Family.

Sihasin's current upcoming performances will take them to Bentonville, Arkansas, on October 4 2019. Then, to the Woody Guthrie Center in Tulsa Oklahoma on October 6. Next, they travel to Telluride, Colorado, for The Liberty on October 12. Sihasin will be at the Kennedy Centers millennium stage in Washington DC on October 14, 2019.

Sihasin's plans are to continue to tour the world bringing their powerful message of Hope.

To vote for Sihasins nominations and other talented artists please go to: