On the Red Road: Pueblo and Diné leaders call on Biden to protect Greater Chaco Canyon 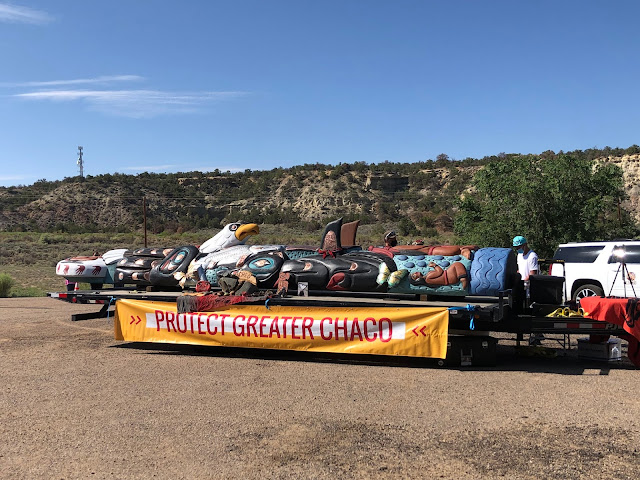 In an event held as part of the Red Road to DC, a cross-country tour highlighting Indigenous sacred sites at risk, elected leaders and grassroots organizers urged Biden to take immediate action to stop the issue of new oil and gas leases in the Greater Chaco Region. Organizers of the Red Road tour stopped at the Counselor Chapter House in New Mexico to display a totem pole by Lummi Nation carvers to highlight sacred sites at risk due to development and infrastructure projects. They met with hosts from the Diné CARE, Native American Voters Alliance Education Project, All Pueblo Council of Governors, and the Pueblo Action Alliance.