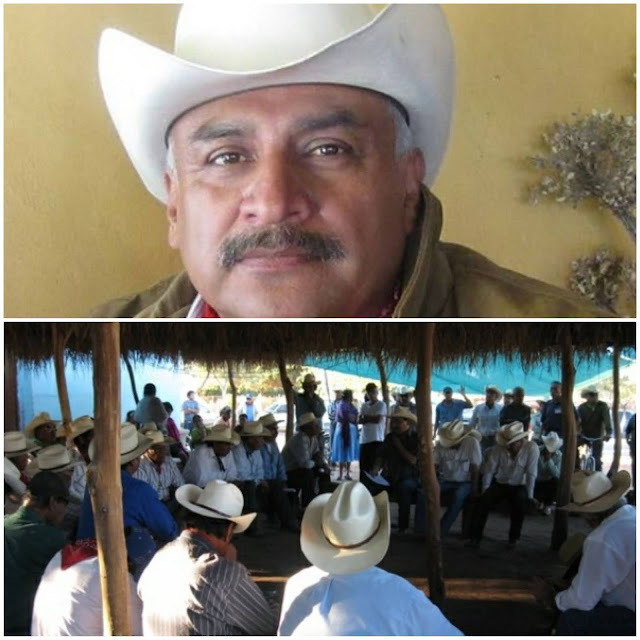 By Brenda Norrell
Censored News
June 19, 2021
Watch video interview below.
Tomas Rojo sat serene, as a person who is in the center of where he should be, at the Yaqui Water Rights Forum in Vicam.
On Thursday, a partially covered grave was found, seven miles southeast of Vicam, believed to be that of Tomas. The red neckerchief appears to be the one he was wearing.
Tomas was disappeared during his  dawn walk on May 27. Yaqui Water Rights Defender Agustin Valdez was assasinated in May. Yaqui Water Rights Defender Luis Urbano was assassinated in June. All were part of the years of highway blockades at Vicam, in defense of their water rights.
The blockades, in protest of an aqueduct stealing Yaqui River water, stalled semis on a major highway.
We share with you this video interview with Tomas that I recorded while we were at the Yaqui Water Rights Forum in Vicam Pueblo, Sonora, hosted by the Yoeme (Yaqui) Traditional Authority of Vicam, in 2012.

VICAM PUEBLO, Sonora, Mexico -- In solidarity with Zapatistas, Indigenous gathered on Yaqui land in Sonora, south of Arizona and near the coast, to unite in the defense of water. Yaqui are fighting the government of Mexico who wants to seize Yaqui water from the Rio Yaqui for the city of Hermosillo.
Tomás Rojo Valencia, Yaqui, summarizes in this video the final document.
The gathering was hosted by the Traditional Authority of Yaqui at Vicam Pueblo and produced a final document on the defense and respect for water. Speakers also spoke in Yoeme (Yaqui.) O'odham Ofelia Rivas, delegate from the Indigenous National Congress in Mexico, spoke in O'odham.
Photos from the gathering: http://bsnorrell.blogspot.mx/2012/11/yaqui-vicam-pueblo-international.html
Video by Brenda Norrell, Censored News.
Article and video copyright Brenda Norrell, Censored News
at June 19, 2021

How can we actively respond to this atrocity. Please send a website link to begin. Mary Sojourner