Defenders of the Sacred on the Frontlines: With Thanks from Censored News 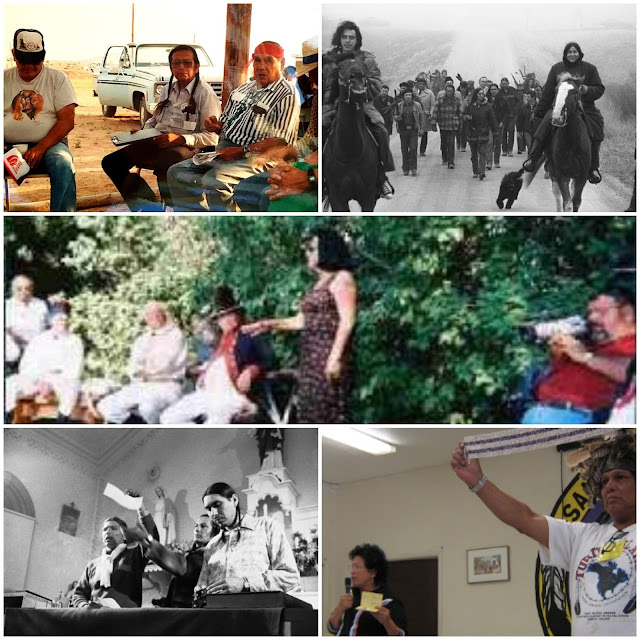 Defenders of the Sacred: Through the years, defenders of the sacred, on the frontline, have shared their stories with us. Here are a few of them. James Main, Chief Johnny Jackson, and Thomas Banyacya gathered on the Navajo Nation in Dilkon and gave birth to a new movement upholding inherent rights and defending the sacred. Robert Free, shown on horseback on left at Wounded Knee, brought heating oil to Indian country from Venezuela. It was Robert's tipi on Alcatraz. Red Warrior Debra White Plume, Lakota, gave the Lewis and Clark Expedition a symbolic blanket of smallpox in South Dakota, as the American Indian Movement told the pretenders to leave. Carter Camp, Ponca, at Wounded Knee. Kahentinetha, publisher of Mohawk Nation News, and Thomas Square, Mohawk Warriors on the southern border.