Press release: US issued sealed indictment against Julian Assange
Tuesday 28th February 2012 18:30 GMT
http://wikileaks.org/Stratfor-Emails-US-Has-Issued.html
Reposted at Censored News
Updated with statement by US Center for Constitutional Rights
Confidential emails obtained from the US private intelligence firm Stratfor show that the United States Government has had a secret indictment against WikiLeaks founder Julian Assange for more than 12 months.
Fred Burton, Stratfor’s Vice-President for Counterterrorism and Corporate Security, is a former Deputy Chief of the Department of State’s (DoS) counterterrorism division for the Diplomatic Security Service (DSS).
In early 2011, Burton revealed in internal Stratfor correspondence that a secret Grand Jury had already issued a sealed indictment for Assange: "Not for Pub — We have a sealed indictment on Assange. Pls protect." (375123) According to Burton: "Assange is going to make a nice bride in prison. Screw the terrorist. He’ll be eating cat food forever." (1056988) A few weeks earlier, following Julian Assange’s release from a London jail, where he had been remanded as a result of a Swedish prosecutor’s arrest warrant, Fred Burton told SkyNews: "extradition [to the US is] more and more likely". (373862).
Emails from Fred Burton reveal that the US Government employs the same counterterrorism strategy against Julian Assange and WikiLeaks as against Al Qaeda: "Take down the money. Go after his infrastructure. The tools we are using to nail and de-construct Wiki are the same tools used to dismantle and track aQ [Al Qaeda]. Thank Cheney & 43 [former US President George W. Bush]. Big Brother owns his liberal terrorist arse." (1067796)
Ten days after the CIA reportedly assassinated Osama bin Laden, Burton writes in an email sent to Stratfor’s "Secure" mailing list that he "can get access to the materials seized from the OBL [Osama bin Laden] safe house." (1660854)
Burton states: "Ferreting out [Julian Assange’s] confederates is also key. Find out what other disgruntled rogues inside the tent or outside [sic]. Pile on. Move him from country to country to face various charges for the next 25 years. But, seize everything he and his family own, to include every person linked to Wiki." (1056763)
Along with the FBI, the Diplomatic Security Service and the Department of Defense (DoD) form a multi-agency US Government outfit seeking to criminally indict and prosecute WikiLeaks and Julian Assange. According to the Department of State, the DSS handles the investigation of all leads that involve the DoS and assists the DoD in forensic analysis of hard drives seized by the US Government in its ongoing criminal investigation.
Burton also says he "would pursue [c]onspiracy and [p]olitical [t]errorism charges and declassify the death of a source someone which [he] could link to Wiki" (1074383). Burton’s strategy is to: "[b]ankrupt the arsehole first," Burton states, "ruin his life. Give him 7-12 yrs for conspiracy." (1057220)
WikiLeaks founder Julian Assange said: "For over a year now, the US Attorny General Eric Holder has been conducting a "secret" Grand Jury investigation into WikiLeaks. This neo-McCarthyist witch hunt against WikiLeaks may be Mr Holder’s defining legacy. Any student of American history knows that secret justice is no justice at all. Justice must be seen to be done. Legitimate authority arises out of the informed consent of the governed, not Eric Holder’s press secretary. Secret Grand Juries with secret indictments are apparently Eric Holder’s preferred method of dealing with publishers who hold his administration to account. Eric Holder has betrayed the legacy of Madison and Jefferson. He should drop the case or resign. Should he continue, however, the Obama administration may not — Democrats and Republicans alike believe in the right to tell the truth."
As early as June 2010, after the release of the Collateral Murder video but prior to the Afghan War Diaries release, the emails talk of a sealed indictment. In an email conversation between Shane Harris, a National Security journalist, and Burton, Harris is surprised that Assange was reporteded to be attending a Las Vegas Investigative Reporters and Editors (IRE) conference. Burton remarks: "As a foreign national, we could revoke [Julian Assange’s] travel status and deport. Could also be taken into custody as a material witness. We COULD have a sealed indictment and lock him up. Depends upon how far along the military case is" (391504). Julian Assange cancelled his appearance at the IRE conference due to security concerns.
In another email to Stephen Feldhaus, Stratfor legal counsel, about Ronald Kessler, a "pro-FBI journalist", Burton remarks: “I look forward to Manning and Assange facing a bajillion-thousand counts [of espionage]." (1035283)
In July 2010 alleged WikiLeaks source Bradley Manning was moved from Camp Arifjan, Kuwait to the Quantico Brig in the Military District of Washington at the request of Maj. Gen. Terry Wolff, then Commanding General of the 1st Armored Division/US Division – Center in Iraq.
Wolff requested Manning’s move, the Pentagon reported, "due to a potentially lengthy pre-trial confinement because of the complexity of the charges and an ongoing investigation.” Three days before Manning arrived at Quantico Brig, Burton wrote to George Friedman, Stratfor CEO and founder:
“We probably asked the ASIS [Australian Secret Intelligence Service] to monitor Wiki coms and email, after the soldier from Potomac was nabbed. So, it’s reasonable to assume we probably already know who has done it. The delay could be figuring out how to declassify and use the Aussie intel on Wiki... The owner [Julian Assange] is a peacenik. He needs his head dunked in a full toilet bowl at Gitmo.” (402168)
The GI Files: http://wikileaks.org/the-gifiles.html
Please donate: http://shop.wikileaks.org/donate

WHO TO GO TO FOR COMMENT
--Wikileaks– Kristinn Hrafnsson, Official WikiLeaks representative: +35 4821 7121

Leak of Private Intelligence Firm Documents Confirm Existence of Secret Indictment by Secret Grand Jury. Important Statement by the US Centre for Constitutional Rights regarding the reported secret Assange indictment:


"A sealed indictment against Julian Assange would underscore the very thing Wikileaks has been fighting against: abuses the government commits in an environment of secrecy and expansive, reflexive calls for 'national security.' "

Journalist Julian Assange, the founder and editor of WikiLeaks

February 28, 2012, New York – Leaks published today from Stratfor, a private intelligence corporation, indicate the United States Department of Justice has issued a secret, sealed indictment against Julian Assange, the founder of Wikileaks. In response, the Center for Constitutional Rights issued the following statement:


A sealed indictment against Julian Assange would underscore the very thing Wikileaks has been fighting against: abuses the government commits in an environment of secrecy and expansive, reflexive calls for "national security." From the shocking, inhumane treatment of Bradley Manning, to secret grand jury proceedings, to Stratfor's apparent knowledge of the existence of a sealed indictment before either Mr. Assange or the American public had such knowledge, the government's conduct in this case reveals why more transparency, not more secrecy, is essential.


This would also mark perhaps the first time a journalist has been prosecuted for allegedly receiving and publishing “classified” documents. Indicting Julian Assange would represent a dramatic assault on the First Amendment, journalists, and the public's right to know.
Rather than promoting transparency as promised, the Obama administration has aggressively pursued whistleblowers and dissenters, launching Espionage Act prosecutions twice as many times as all previous administrations in the last century combined. Attorney General Eric Holder should rethink this dangerous course. Instead of pursuing Julian Assange, Mr. Holder should investigate the serious crimes and abuse of government authority exposed by Wikileaks.
The Center for Constitutional Rights legally represents Wikileaks and Mr. Assange in the Bradley Manning hearings.
The Center for Constitutional Rights is dedicated to advancing and protecting the rights guaranteed by the United States Constitution and the Universal Declaration of Human Rights. Founded in 1966 by attorneys who represented civil rights movements in the South, CCR is a non-profit legal and educational organization committed to the creative use of law as a positive force for social change.

As is publicly known, in recent days, during a medical check-up of the President of the Bolivarian Republic of Venezuela, Hugo Chávez, doctors detected a lesion requiring corrective surgery.
In that sense, the medical team, after the necessary tests, performed the surgery in the briefest time possible. The surgery was carried out as expected, producing satisfactory results and a recovery plan was established for the coming days.
President Chávez is in good physical condition, is joined by his family, and constantly in touch with the executive vice president and the Bolivarian Government. He is always attentive to keeping the Venezuelan people and the international community properly informed, with accuracy and transparency, about the details of the medical treatment he is receiving.
The president has asked that the results of his recent surgery be made public. As soon as the surgery concluded, the results were presented by the medical team in the following terms:
The pelvic lesion was totally removed, as well as the surrounding tissue. There were no complications with regard to adjacent organs. Immediate post-surgery has been clinically stable, without systemic complications. He is adequately recovering with the post-operative rehabilitation. In the coming hours the histology tests will be available, which will determine the optimum medical treatment for the lesion.
President Chávez thanks, from the bottom of his heart, the warm wishes he has received from the Venezuelan people, as well as innumerable messages of solidarity from men and women from other parts of the world.
Additionally, he offers his thanks for the several messages and phone calls he has received from heads of state and government, as well as from international leaders and representatives of important grassroots organizations in the world.
On behalf of the Venezuelan people, the President wishes to thank Fidel, Raul, the Cuban people, and the medical team that led this surgery and is conducting with scientific wisdom and human warmth the treatment for his full recovery.
For its part, the Bolivarian Government expects the sentiments of solidarity and support from the Venezuelan people for their president be respected by those international and national right-wing political sectors that are at the service of imperial interests, and asks that they stop their perverse campaign against Venezuela.
Finally, President Chávez ratifies the call to all men and women of our homeland to continue working in the daily struggle to consolidate independence and build socialism, which is the supreme dream of our Liberator, Simón Bolívar.
Our people know that they can always count on the loyalty and commitment of Commander Chávez, leading the homeland, just as he trusts the love and loyalty of the people.
Toward victory always! We shall live and overcome!
Office of the President of the Bolivarian Republic of Venezuela 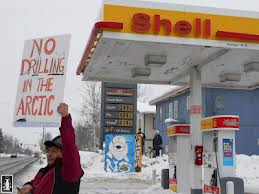 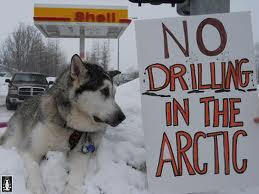 Alaska's Big Village Network
http://akbigvillagenetwork.blogspot.com/2012/02/alaskas-big-village-network-resist.html
Protesting
sHELL drilling in the ARCTIC!!!
supporting the international days of action........
Thanks to Real People in Alaska
Thanks to Earl Kingik for publicly standing up to Shell
Thanks to US Constitution for allowing this freedom of speech against a foreign multi-national corporation set to seize on America's Arctic.
Thanks for the Bowhead Whale for providing thousands of years of beauty, food, culture and sharing with the Iniut.
Thanks to Human Beings to Save the Arctic.
Photos by Alaska Big Village Network. Thanks for sharing with Censored News!
at February 28, 2012 No comments: