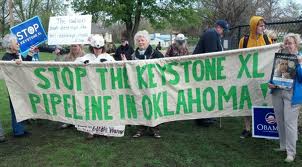 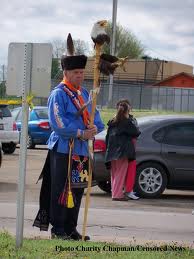 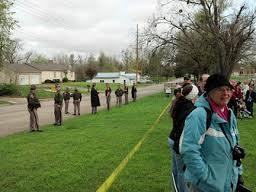 CUSHING, Okla. -- When the hometown folks of Cushing gathered to protest Obama's sudden coyote shift and promotion of the Keystone XL pipeline here, they were isolated in a park and surrounded by state troopers. While Obama campaigned for himself, and supported the environmental nightmare of the pipeline, the people of Cushing were kept away.

The protesters were threatened with arrest if they left the park.

Obama told those invited to his address in Cushing:"Now, right now, a company called TransCanada has applied to build a new pipeline to speed more oil from Cushing to state-of-the-art refineries down on the Gulf Coast. And today, I'm directing my administration to cut through the red tape, break through the bureaucratic hurdles, and make this project a priority, to go ahead and get it done. (Applause.)"Read more: http://newsok.com/transcript-of-president-obamas-remarks-in-cushing-okla.-march-22-2012/article/3659828#ixzz1psV6NKTj

Native Americans, who were arrested at the White House protesting the pipeline and the tarsands devastating Cree and First Nation lands in Canada, said they have been betrayed by Obama.
“President Obama is an adopted member of the Crow Tribe, so his fast-tracking a project that will desecrate known sacred sites and artifacts is a real betrayal and disappointment for his Native relatives everywhere,” said Marty Cobenais of the Indigenous Environmental Network. “Tar sands is devastating First Nations communities in Canada already and now they want to bring that environmental, health, and social devastation to US tribes.” Read more: http://www.bsnorrell.blogspot.com/2012/03/native-americans-protest-keystone-in.html

The Keystone pipeline will threaten waterways with the contamination from the dirty crude oil of the tarsands, including the Red River along the Oklahoma and Texas border which flows into Louisiana. 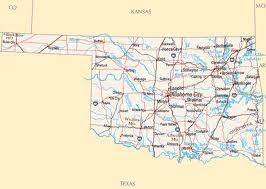 Hot Links: US spying on activists and more

Occupy the Machine: Call to action against extraction industry

Occupy the Machine issues call to action against extraction industry

From Occupy the Machine
In Honor of Struggles Against the Extraction Industry Everywhere
In Memory of the Workers Whose Lives Were Taken By BP Two Years Ago,
Join Us In Saying:
“CLEAN AIR AND WATER FOR ALL”
“TAKE BACK EARTH DAY!”
LET’S SHUT DOWN THE TAR SANDS AND BLOCKADE AN OIL REFINERY!
Download this Call in pamphlet form to distribute
What: A festival of resistance and alternatives to the fossil fuel economy, in the shadow of the Houston Valero refinery, culminating in a refinery blockade.
When: April 19th – 24th
Where: Hartmann Park, Manchester Neighborhood, Houston, TX
Why: The Alberta Tar Sands project is uprooting and poisoning Indigenous people in Canada while destroying the ancient boreal forests that are their home. The huge amount of carbon released will seriously worsen global climate change. The Keystone XL Pipeline will take oil from one of the most ecologically devastating projects on the face of the planet to Houston.
In Houston it will be refined by Valero and other companies. These refineries are surrounded by working-class neighborhoods throughout the Gulf, bringing cancer-causing toxins directly into their backyards. The majority of the Tar Sands oil processed in these refineries will be shipped overseas, ensuring that North American oil workers and those whose rights and lives have been uprooted by these companies won’t even see any long-term benefit for themselves.
Meanwhile, two years after the Deepwater Horizon explosion that killed 11 workers and devastated the communities of the Gulf, BP has had a record year of profits. BP has escaped justice yet again in its recent legal victory against the shrimpers and fishermen who they’ve put out of work and the families of the workers who died under their watch.
We invite those who oppose the Tar Sands Project and who want clean air, water and soil for all to come down to Houston for a festival of resistance and alternatives to the fossil fuel economy. Let’s continue to build the power of our communities, amplify the voices of those most affected by companies like Valero, and join together in nonviolent direct action to blockade a refinery.

Friday, April 20th will be the beginning of a historic escalation in the battle for our rights to clean air and water, the struggle to bring justice to those who wreak havoc on Gulf communities, and the fight to stop these companies from destroying the planet.
We plan to wake up an oil refinery Saturday and Sunday too,, escalating our blockade as necessary. And we will use our rights to public assembly and protest—rights that have been under increasing attack.
Waves of support will be welcome and needed.
How You Can Participate:
We need it all. There are as many levels of involvement and risk as there are individuals, affinity groups, and organizations willing to participate.
Not everyone will want to risk arrest by participating in the refinery blockade. That’s OK. However, many people are willing and able to take that risk. We appreciate all levels of commitment.
There will be room and plans for those who wish to cooperate with the police, and there will be room and plans for those who do not wish to cooperate with the police that wish to engage in jail solidarity tactics. Come prepared to tell us what you want to do.
Contribute to the Festival: Anyone who has a desire and ability to teach a class or hold a training as part of this event should contact us. Want to present a workshop or training? Please contact our Recruitment, Training, and Personnel Committee at: otmrecruitmentandtraining[at]riseup[dot]net
Offer Material Support: Donate through our website, offer a rideshare or bring a bus, bring medical supplies, donate or bring food, come prepared to cook food, bring educational materials like zines and books! Able to contribute materials for this campaign? Please contact the Logistics Committee at: otmlogistics[at]riseup[dot]net Able to contribute monetary support? Please contact the Fundraising Committee at: otmfundraising[at]riseup[dot]net
View the OTM Call for Fundraisers
Be the Media: Bring your own video camera or audio recording equipment, blog on site, bring portable wireless devices, write articles, embed reporters with us! Interested in contributing to the media team? Contact our Communications and Outreach Committee at: otmcommunications[at]riseup[dot]net
Be the Blockade/Bring the Blockade: Come prepared with others to participate in non-violent direct action. Once you arrive, we will train you in the tactics and strategy we plan to use to sustain this blockade. Bring puppets, bring inflatables, bring signs, bring anything that could be useful.
Come in caravans, bring your friends. Have questions about joining the blockade? Contact the Recruitment, Training, and Personnel Committee at: otmrecruitmentandtraining[at]riseup[dot]net
–The Occupy the Machine Coalition
Visit our website for more info: occupythemachine.wordpress.com
Have general questions, comments, or not sure where to direct your query? Contact us and let us know at occupythemachine[at]riseup[dot]net!
at March 22, 2012 No comments:

For those who can stand the nausea, here's Obama pitching for Obama and Keystone XL pipeline in Cushing, Oklahoma:

President Obama today in Cushing:
"Now, right now, a company called TransCanada has applied to build a new pipeline to speed more oil from Cushing to state-of-the-art refineries down on the Gulf Coast. And today, I'm directing my administration to cut through the red tape, break through the bureaucratic hurdles, and make this project a priority, to go ahead and get it done. (Applause.)"
Read more: http://newsok.com/transcript-of-president-obamas-remarks-in-cushing-okla.-march-22-2012/article/3659828#ixzz1psV6NKTj


(Excerpt)
AMY GOODMAN: President Obama is going to be protested by Native Americans. One of the people who is decrying what he’s saying is Marty Cobenais of the Indigenous Environmental Network, who says, "President Obama is an adopted member of the Crow Tribe, so his fast-tracking a project that will desecrate known sacred sites and artifacts is a real betrayal and disappointment for his Native relatives everywhere." Final comments? We just have 15 seconds.
BILL McKIBBEN: Yeah, the Indigenous Environmental Network is doing a great job there in Oklahoma. And as the President moves on to Ohio, there will be protesters there, too, later in the day. You know, environmentalists never win permanent victories. That’s the thing. I guess we’ve got to keep this fight, as with many others, going strong.
http://www.democracynow.org/2012/3/22/bill_mckibben_record_setting_winter_heat