Another Navajoland coal power plant is on the run: San Juan 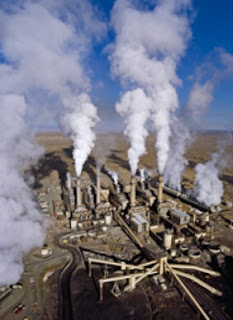 The following announcement comes at the same time that Peabody Coal is under probe in New York, for climate change lies and inflating its worth based on those lies. Similar to the tobacco lawsuits, the cases aim to prove that lies and coverups resulted in disease and death, long after the facts were known. Peabody Coal feeds the Navajo Generating Station, one of the dirtiest coal fired power plants in the world. NGS and San Juan are two of the three coal fired power plants on the Navajo Nation. --Censored News


Tucson -- Tucson Electric Power filed an application for new electric rates with the Arizona Corporation Commission last week. The rate case includes insight into future plans for San Juan Generating Station, including a proposal to accelerate the expected retirement date of San Juan Unit 1 to June 30, 2027, nine years ahead of the current schedule. TEP is the second-largest owner of the coal-fired power plant located in New Mexico.


"The writing is on the wall for the beleaguered coal-fired San Juan Generating Station. It is clearer than ever that when coal plants have to clean up their pollution, they can't compete with cleaner energy. The future of San Juan is increasingly uncertain, with owners pulling out and costs to maintain the plant jumping by more than a billion dollars. Now that we know that Tucson Electric Power expects to retire Unit 1 by 2027, we can anticipate more movement by other utilities to end coal burning at this outdated and polluting facility.


"In fact, TEP has the opportunity to divest its stake in the San Juan Generating Station even earlier - in 2022, when its ownership agreement expires. TEP should seize this opportunity in 2022 and begin now to build a long-term plan that provides affordable and reliable clean energy to its ratepayers."