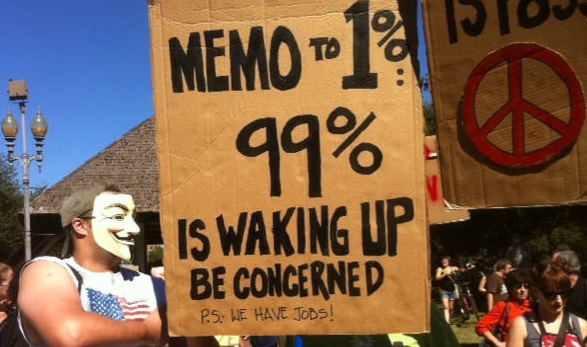 Please post & distribute.
MNN. 9 Mar. 2016. After waiting for almost 20 years the trial of the beatings of the rotino’shonni by the New York State Troopers on May 18, 1997 will finally begin.

Judge Scullin, we’re the victims & your Troopers tried to kill us!!
On September 20th 2016, the victims plan for a one-year sojourn close to the court on our homeland. Occupy Wall Street comes to mind! One plaintiff plans to park a camper in front of the courthouse.
The US government will not hide behind corporate masks to commit murder any longer, Ronnie Jones. They will no longer kill those whom disagree with them.
The judge is Scullin, at 100 South Clinton Street, near Bill Clinton Way, America Inc., Syracuse New York. 315-234-8613 for more information.

The rotino’shonni have been waiting almost 20 years for this case to be heard. They were hoping we’d all die off by now. That is their ultimate strategy. The media shows their involvement in the disclosure documents.
The public is invited to join. Any provisions would be greatly appreciated.

It’s Sept. 20th this year! Not 2036!
Maybe now we can have a proper tribunal outside their Admiralty jurisdiction. We want justice. The true criminals have not been charged yet. The fall guys [New York State Troopers] are being put on trial.
The legality of the United States as a corporate entity is at stake. Those hiding behind corporate masks [president, vice-president, generals, secretary of state, etc.] will pay for the crimes they committed for the corporation. 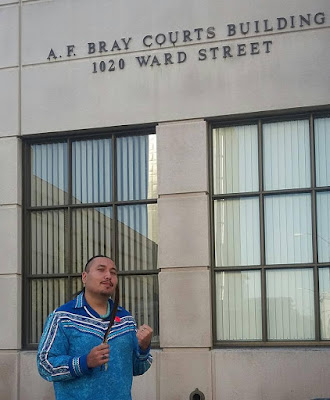 By Quanah Parker Brightman
Censored News
Watch this video by Quanah Parker Brightman, United Native Americans, seeking justice for the murder of his brother, Lakota Gall Brightman. Their father, Lehman Brightman, Lakota, is the founder of United Native Americans.
https://youtu.be/4E-jEQA6P6Q
https://www.facebook.com/groups/1687551678167048/
Write a letter for justice:
#PreSentenceImpactStatement
#Template
Superior Court of California County of Contra County, A.F. Bray Courthouse/Court Annex, 1020 Ward Street, Department #8, Martinez, CA 94553
Case Number 5-151356-3
My name is , , , , ,
I am the (Family Member/Friend of Victim).
On July 3rd, 2015, Lakota Gall Brightman, was murdered by the defendant.  The facts of the case were proven beyond a reasonable doubt and your verdict was rendered guilty!
Words cannot express the pain and anguish our family and friends have endured since Lakota Gall Brightman's  murder. The defendant decision to take the life of a human being with no regard for the effects it has had on Lakota Gall Brightman Friends and Family is unimaginable.
The loss of Lakota Gall Brightman is beyond words. Lakota Gall Brightman was born on December 25th 1969 in Rapid City, South Dakota to parents Lehman and Trudy Brightman. He was the second of three children. Lakota attended Delmar Elementary School, Portola Junior High School, and graduated from El Cerrito High School in 1988. His earlier years were spent advocating for Native American Rights along with his family and the Organization founded by his father Lehman and carried on by his brother Quanah, United Native Americans. United Native Americans was and are still very active in Native american rights and the promotion of progress and general welfare of Native Americans. Specialist Lakota Gall Brightman served 6 years in the California Army National Guard, 235th Engineer Company (Sapper) as an Army Field Medic from August 11, 2007 to his date of separation on August 10th, 2013. Lakota was ordered into active service in 2007 in support of Operation Enduring Freedom Afghanistan. He is remembered as a genteel and kind hearted human being who wanted to help others and was a beloved son, brother, nephew, cousin, uncle, father, friend and hero. He is preceded in death by his mother Trudy Brightman and his older brother Lehman Brightman III. Lakota is survived by his Daughters, Phoebe (23) and Star (13) Brightman his brother Quanah Parker Brightman, father Chief Lehman L. Brightman, aunts Nancy and Lorelie Oldlodge and uncles, Anthony David Clairmont and Donald Oldlodge. Taken too soon, Lakota is warmly remembered and greatly missed by all who knew and loved him.
There will be no more birthday parties, backyard gatherings, holiday celebrations or other family activities to share. The laughter, hugs, guidance/advice, sense of security and those opportunities to say, “I love you” are forever gone. Our family is forever “broken”.
To say the least, the financial affect on the family has also been devastating.
Compassion is a word commonly used for and by defendants. However, I ask, how much compassion the defendant considered when the decision was made to murder Lakota Gall Brightman?
It is the request of the family that the maximum penalty for the crime for which the defendant was convicted be imposed. On behalf of the family of Lakota Gall Brightman, I wish to express my sincerest gratitude for allowing this opportunity of expression.
Quanah Parker Brightman, Executive Director of, United Native Americans, qbrightman75@hotmail.com
(510) 672-7187
http://unitednativeamericans.weebly.com/ 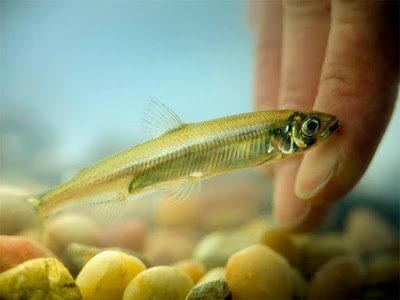 Photo of Delta smelt courtesy of Department of Water Resources

The population of Delta smelt, an indicator species that demonstrates the health of the Sacramento-San Joaquin River Delta, has declined to a new record low population level, according to the spring 2016 surveys conducted by California Department of Fish and Wildlife (CDFW).

The January Kodiak Trawl survey produced only seven fish, while the February survey yielded just six smelt. The Delta smelt once numbered in the millions, but have plummeted after decades of massive Delta water exports, combined with the impacts of declining water quality and invasive species.

"Once the most abundant species in the estuary, we can now name smelt rather than count them," said Jennings, Executive Director of the California Sportfishing Protection Alliance (CSPA).