Healthy Conferences for Native Americans? Only the rich need apply 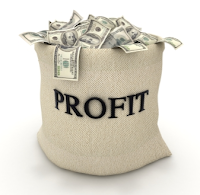 country have a lot to hide:

Triple Dipping: Grant funding, charging at the door, and funding from sponsors
Update: Notah Begay Foundation received a $1 million grant for 2014 -- 2016, for its Healthy Kids initiative, so why is it charging the public $200 to get in the door of its Healthy Kids conference in Isleta Pueblo, NM, in May? It also has a long list of sponsors funding it.
Kellogg grant $1 million
http://preventobesity.net/inside-track-february-6-b
Update: In 2019, the Kellogg grant was increased to $2.25 million
.https://tgandh.com/news/tribal-stories/nb3-foundation-receives-2-25-million-w-k-kellogg-foundation-grant-to-help-ensure-native-children-achieve-their-full-potential/

Healthy Conferences for Native Americans? Only the rich need apply.
The non-profits have a lot to hide. It is puzzling why Native American diabetes and food sovereignty conferences recently have been charging $500 to register. I don't know a single person who can afford this.
And here's another: Why is the Notah Begay Foundation charging the public $200 to register for the 'Healthy Kids, Healthy Futures' Conference in Isleta, New Mexico in May?
There are a long list of sponsors posted for this conference. Why isn't it free to attend, with all the sponsors and grant money flowing into the Notah Begay Foundation?
Hopefully the Notah Begay Foundation will respond and let us know why it cost $200 to get in the door of a Healthy Kids Conference in New Mexico.
Of course those working for a tribe or the US government with big expense accounts get the big bucks for the hotels, meals, rental cars and flights for these big spending conferences.
The tab can be anywhere from $1,000 per person, to thousands. Native people back home, struggling to survive, are often unaware of this. The elderly and young mothers are often in need of food and someone to chop wood and haul water for them.
The Clinton Foundation used 'human rights' as front for mining
Meanwhile, one of the Foundations trickling money into Indian country is the Clinton Foundation.
After a bank whistleblower in Europe exposed this trail of money, we now know that Bill Clinton used 'human rights' as a front to help a mining magnate in Canada, Frank Giustra, set up uranium and other mining deals on Indigenous lands around the world.
Further, millions in Saudi Arabia oil money secretly flowed into the Clinton Foundation.
Close to home, the Christensen Fund has donated hundreds of thousands for 'traditional food sovereignty' and pesticide awareness conferences. Look at their website, the money comes from mining.
Ask the executive director of the non-profit who received the hundreds of thousands if she told the grassroots Indigenous about all that money. (Yaqui women in Sonora were told there was no funding for their workshops. They were told to provide the food and sleep on the floor.)
Non-profit CEO Salaries
As Censored News recently revealed, many non-profits are paying their CEO's salaries averaging one-half million dollars a year.
Among those, the CEO of the World Wildlife Fund receives $637,000 annually, and the CEO at Wildlife Conservation Society receives $798,000 annually, according to Charity Navigator.
UNICEF in the United States could purchase a great deal of beans and notebooks for children in other countries with the $520,000 annual salary that it pays its CEO.
But even the small non-profits in Indian country often fail to be transparent about salaries, grant funding, and benefits such as contracts and money flowing to their children and spouses, and even homes for themselves, from grants that are written based on grassroots Indigenous struggles.
Perhaps the most troubling of all the secrecy in the non-profits is the fact that grassroots Indigenous Peoples' struggles are used to write huge grants. Then they are never told about the funding. The most desperate people become the victims of the profiteers and opportunists.
There are also honest and transparent non-profits, whose volunteers labor without pay for human rights. At Censored News, we hope to promote those.
If you follow the money backwards you will find that mining interests, and even the US government, are actually funding many of the progressive movements.
Don't be fooled by the solar schemes. Dirty coal companies and other profiteers and opportunists are rushing to make money in deceptive schemes.
Arizona Indian Casino Dollars to Non-Indian Charities
In another disturbing development, the casinos in Arizona are flowing money to non-Indian non-profits, while tribal members suffer in need.
An example, the Tohono O'odham's Desert Diamond Casino has kept donations flowing to non-Indian charities while O'odham suffer in need.
Further, instead of meeting the needs of the O'odham, the Desert Diamond Casino donated funds for a fire truck to the wealthy Phoenix area community of Peoria. The Tohono O'odham Nation also spends millions on non-Indian management firms, non-Indian lobbyists and non-Indian attorneys, while the O'odham people live in need. The State of Arizona also receives a large percentage of those casino dollars.
Since news reporters in Indian country seldom, if ever, remain on the Arizona border long enough to carry out investigative reporting, the public remains unaware of this.
Kahnawake Inc. and the CIA
The CIA is also there in the operations.
Mohawk Nation News has just exposed that Kahnawake Inc. is operated by the CIA.
at March 12, 2016 No comments: