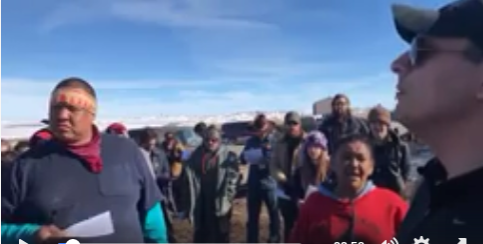 (Thursday, Feb. 16, 2017) BIA hands out trespass notices.
The Standing Rock Sioux Tribal Council requested the BIA to hand out trespass notices to Standing Rock Camps, where hundreds of water protectors remain camped.
"We are doing this at the request of the tribe," according to BIA personnel on the livestream video.
Sacred Stone Camp, the original camp on the land of LaDonna Allard, was issued a 10 day eviction notice.
Water protectors have been cleaning the camps as flood waters rise, and say this is an act of betrayal by the chairman and tribal council.
Watch breaking news video below. 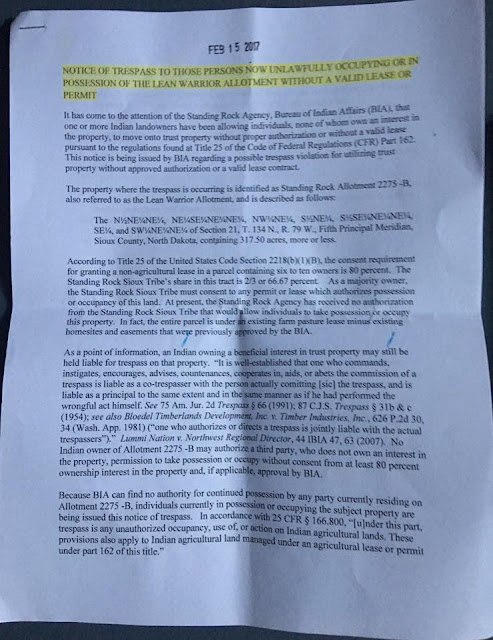 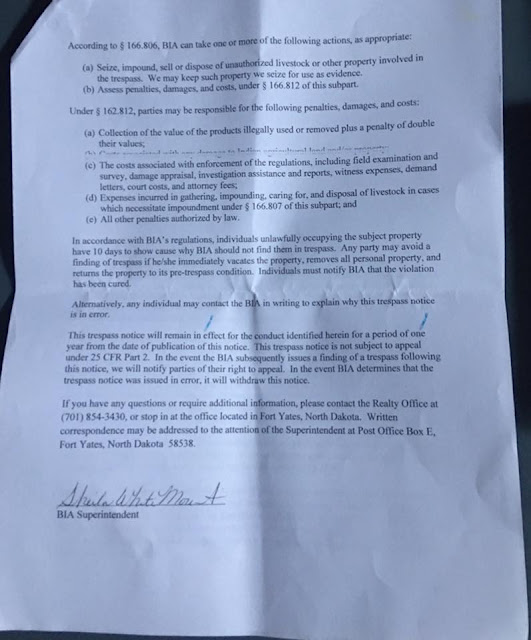 Has this 'eviction notice' been confirmed? It does not appear to be on any official letterhead or stationary.

Secondly, IF real, it only applies those doing something "illegal". Invited guests of the person entitled to possess and use the property are not trespassing, not occupying, not leasing without permission, not taking possession. They are there visiting.